A special agent with the embattled Federal Bureau of Investigation (FBI) claims he took early retirement from the bureau over his concerns that the high-profile investigation of then-Democratic Party presidential candidate Hillary Clinton was as fake as the reporting by news reporters.

According to a number of law enforcement and legal experts, Special Agent John Giacalone, who headed the FBI’s national security division claims that the Hillary Clinton email investigation was rigged by the top-echelon members of the FBI and the Department of Justice. It is believed he will testify before at least two committee in the House of Representatives, according to Joan Rellance, a former police detective and a trial lawyer.

The joint investigation by the House Judiciary and the House Oversight Committees are being led by Republican Reps. Bob Goodlatte of Virginia and Trey Gowdy of South Carolina. Conservatives have continued complaining the FBI, DOJ, and others dragging their feet and at times stonewalling the examination into how the Clinton email investigation was more of a sideshow than a serious criminal investigation.

The Democrats with the help of their news media comrades have complained that the Hillary email case is “old news” and the GOP is trying to distract Americans. The GOP claims, however, that investigation by Special Counsel Robert Mueller into how President Donald Trump is really a Russian plant is simply frivolous.

“The Democrats are terrified that anything that implicates Mrs. Clinton, former FBI Director James Comey or even President Barack Obama may come back to hurt them in the November 2018 election cycle,” said political strategist Michael Baker

According to a number of law-enforcement officers, there are so far three witnesses who may be called to offer testimony in congress:  John Giacalone, who initially headed the Clinton investigation detail; Bill Priestap, assistant director of the FBI’s counterintelligence division; and Michael Steinbach, former head of the FBI’s national security division and the man who succeeded Giacalone. 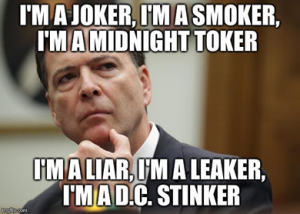 According to Fox News Channel,  when then-FBI Director Comey stated on national television that he won’t pursue federal charges against Hillary Clinton for the email server shenanigans, Fox News pundit Judge Andrew Napolitano, a former jurist in Bergen County, New Jersey, wrote an op-ed telling readers that Giacalone had quit the FBI because “he believed the investigation was rigged.”

In the Oct. 28, 2016, Judge Napolitano claimed in another Fox News column that from the gitgo “agents and senior managers gathered in the summer of 2015 to discuss how to proceed. It was obvious to all that a prima-facie case could be made for espionage, theft of government property and obstruction of justice charges. The consensus was to proceed with a formal criminal investigation.”

“Six months later, the senior FBI agent in charge of that investigation resigned from the case and retired from the FBI because he felt the case was going ‘sideways’; that’s law enforcement jargon for ‘nowhere by design,’” Napolitano wrote. 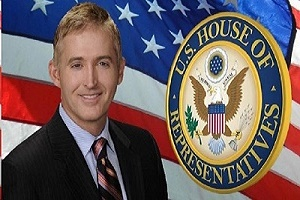 “The reason for the ‘sideways’ comment must have been Giacalone’s realization that DOJ and FBI senior management had decided that the investigation would not work in tandem with a federal grand jury. That is nearly fatal to any government criminal case. In criminal cases, the FBI and the DOJ cannot issue subpoenas for testimony or for tangible things; only grand juries can,” Napolitano continued.

Meanwhile, Dr. Lyle Rapacki, an intelligence and security official, told the Conservative Base on Friday that yet another FBI investigator, Special Agent Joe Pientka, has publicly come forward on Friday and stated he is ready, willing and able to testify against the former FBI Director Jim Comey and the fraud that was the so-called “interrogation of former Lt. Gen. and National Security Advisor, Mike Flynn.”

Rapacki said that he believes this FBI agent “is quite possibly the crack in the Dam that will cause the spilling of a horrendous level of corruption, collusion, and misuse of public trust and Constitutional authority placed in our federal law enforcement and intelligence agencies.”

Slowly but surely a number of rank-and-file, honest FBI special agents are letting it be known they are prepared to testify and expose the horrendous misuse of power and authority that ran — and continues to run — throughout the Executive Branch of government during the Obama years, and by his Deep State cohorts, claims Dr. Rapacki, who owns the private security firm, Sentinel Intelligence Services, LLC.