“What has been known to many in law enforcement, counterterrorism, and National Security is the fact that the steady stream of undocumented and un-vetted illegals coming into America with not even cursory checking, has allowed significant numbers of Islamic Jihadi devotees to go unnoticed,” said Dr. Lyle Rapacki, Protective Intelligence and Assessment Specialist.

The U.S. think-tank, Clarion Project, a non-profit organization that educates government officials, law enforcement and security officers, the U.S. military and the general public about the dangers of radical Islam, on Wednesday followed President Donald Trump’s Tuesday night State of the Union (SOTU) address with the release of a disturbing report. 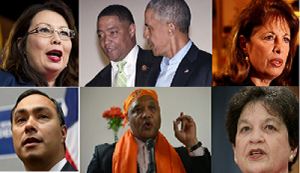 The newly-released federal law enforcement documents obtained by Clarion Project confirm the group’s reports that Jamaat ul-Fuqra is training new recruits and veteran members in hidden and isolated communes across America and Canada. The group’s “Islamberg” headquarters in upstate New York is its most well-known “Islamic village.”

Fuqra, which now goes by the name of the Muslims of the Americas (MOA) among other titles, is a cultish Islamist group with a history of crime and terrorism. The group is led by Sheikh Mubarak Ali Gilani who resides and operates in Pakistan.

Gilani’s name first appeared internationally in news headlines in 2002 when Wall Street Journal reporter Daniel Pearl was abducted and beheaded on his way to interview Gilani.  Mysteriously, that radical cleric was never accused of any involvement in execution of Mr. Pearl or related crimes, according to Professor Mauro.

The first FBI document, which is dated November 27, 2009, describes the Muslims of the Americas, Inc. (MOA) as “armed and dangerous.”

The FBI begins by summarizing the group’s consistent history of extremism, terrorism and crime: “Jamaat ul-Fuqra, aka Muslims of the Americas (MOA), have a history of violence and/or violent acts. Use extreme caution when dealing with confirmed members or individuals who are believed to be associated with this group” 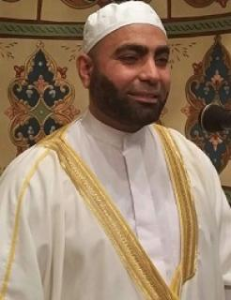 The report says that Sheikh Gilani is “thought to be supportive of al-Qaeda,” perhaps referring to the group’s links to al-Qaeda affiliates like Hizbul Mujahideen, to which Fuqra has a history of ties and publicly supports even today.

FBI documents from 2003 that Clarion released in December 2016 mentioned Fuqra’s links to al-Qaeda in Pakistan and use of fronts such as private security firms in America.

Another newly-released document from December 2010 explicitly refers to “the Muslims of the Americas [aka Fuqra] terrorist organization” and states: The MOA [Fuqra] is composed primarily of black American Muslim converts, many who converted to Islam while in prison. Many MOA members reside in rural communities (jamaats) to live and worship free from non-Muslim influence.

The MOA jamaats are located on land that has been privately owned or rented by members. Each jamaat usually has numerous trailers where members reside, a mosque, and a guard post, some with armed guards, at the entrance to the properties. These communities, similar to commune type facilities, have women and children residing in them with the children being homeschooled.

Mauro points to Fuqra having a documented history of conducting basic paramilitary training in America and elsewhere, including more advanced training in Pakistan and Kashmir.

Gilani appeared in a secret video in the early 1990s offering to use Fuqra offices to provide guerilla training to aspiring jihadists. Clarion Project also released a video from 2001-2002 showing women in military attire getting training at Islamberg (in upstate New York).

Although these FBI documents from 2009-2011 state that Fuqra has about a dozen “jamaats” in America, the group itself claims to have 22 “Islamic villages” in America alone. The locations for these “Islamic villages” are identified as “Islamberg” in New York, as well as other villages in Virginia, South Carolina, Colorado and other states.

The group also has operations in Pakistan, Kashmir, Canada, Trinidad, Venezuela and elsewhere.

FBI reports from a 2003-2007 investigation in Texas warned, “The MOA [Fuqra] is now an autonomous organization which possesses an infrastructure capable of planning and mounting terrorist campaigns overseas and within the U.S.”

That infrastructure can legally operate because Fuqra is not designated as a Foreign Terrorist Organization by the State Department. The Treasury Department has not sanctioned the group’s overseas leaders and entities, either.

Over a dozen North American Muslim groups have joined Clarion Project in asking the U.S. State Department to look at designating Fuqra as a Foreign Terrorist Organization.

The Justice Department’s Bureau of Alcohol, Tobacco and Firearms recently confirmed to Clarion Project that it still has Fuqra members under investigation. ATF has prosecuted Fuqra members on firearms-related charges, including illegal possession of guns.

Clarion Project also recently reported that Fuqra’s general counsel, Tahirah Amatul-Wadud, is planning a run for a Massachusetts seat in the House of Representatives.