“This is the biggest political crime in American history, it does not matter who was involved, how big it is, or when it happened. People need to go to prison…”

A veteran FBI agent, who is but one of several who are visibly revolting against their superiors, is calling for the U.S. House of Representatives and the Senate oversight committees to allow them to testify and to render to the FBI whistleblowers protection from witness intimidation or threats to their lives, their families and their careers in law enforcement.

A high-ranking FBI official has blown the whistle on what he witnessed during the politically motivated, top-down decision to not have Democratic Party presidential candidate Hillary Clinton face criminal charges for her mishandling of classified intelligence while she served as Secretary of State for President Barack Hussein Obama. 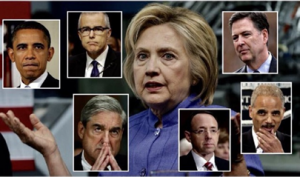 The informant, who was originally an anonymous source, had worked intimately on the Federal Bureau of Investigation’s Clinton investigation. He is reporting that FBI agents involved in the Hillary Clinton case, under the auspices of the Department of Justice Criminal Division, believed that Clinton should have had her security clearance immediately revoked. The majority involved in the actual investigation “leg-work” also expected her to face indictments on criminal charges.

According to a number of law enforcement and legal experts, the latest whistleblower is identified as Special Agent John Giacalone, who headed the FBI’s national security division. 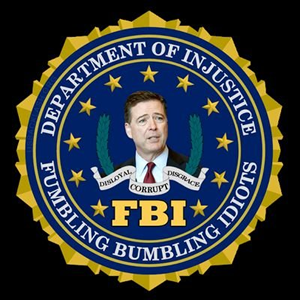 Giacalone and his colleagues allege that the Hillary Clinton email investigation was rigged by the upper-echelon members of the FBI and the Department of Justice from the getgo. It is expected that the decorated cop will testify before at least two committee in the the House of Representatives alone, according to Joan Rellance, a former police detective and a trial lawyer.

“It was unanimous that we all wanted her [Clinton’s] security clearance yanked,” the former FBI official told Fox news. “It is safe to say the vast majority felt she should be prosecuted. We were floored while listening to the FBI briefing because Comey laid it all out, and then said ‘but we are doing nothing,’ which made no sense to us.”

“No trial level attorney agreed, no agent working the case agreed, with the decision not to prosecute — it was a top-down decision,” said the source, whose identity and actual role in the case were vetted and verified by Fox News.

“Unfortunately, for some reason, whistleblowers from the federal government discover their complaints and evidence lead to nothing but a few — if any — news reports, especially when it appears the alleged wrongdoers are Democrats such as the Clintons and Barack Hussein Obama,” notes former narcotics agent and international police consultant Susan “Suzie Q” Quantana. 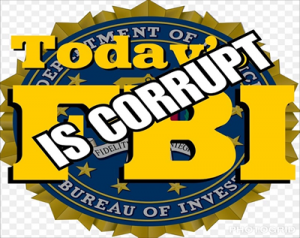 Quantana points to what should have caused a news media feeding frenzy and an Obama White House scandal:  “Some of the U.S. intelligence community’s top analysts reportedly informed the Pentagon watchdog that their reports had been systematically edited to backup President Barack Obama‘s and his national security team’ assertions that the war on the Islamic State of Iraq and Syria (ISIS) was more successful than it actually was, according to news reports from outlets such as The Hill.

“This revelation is being touted as the very first time that so many intelligence analysts have complained to the Pentagon’s “top cop,” Inspector General Jon Rymer, about the politicizing of the intelligence gathering and analysis function. In July, a couple of analysts filed a complaint with Rymer’s office, after months of internal complaints were allegedly ignored.”

Other special agents with the embattled Federal Bureau of Investigation (FBI) claim Giacalone  took early retirement from the bureau over his concerns that such a high-profile investigation was as fake as the reporting by news reporters.

The Democrats with the help of their news media comrades have complained that the Hillary email case is “old news” and the GOP is trying to distract Americans. The GOP claims, however, that the investigation by Special Counsel Robert Mueller into how President Donald Trump is really a Russian plant is simply frivolous.