February 22, 2018, is the 286th anniversary of the birth in 1732 of General and President George Washington, the “Father Of Our Country,”  the most universally respected and admired American in the age of the Founding Fathers, and in the history of America.

For Generations, George Washington’s Birthday was a National Holiday celebrated on the actual anniversary of his birth, February 22. On Washington’s Birthday, Americans paused to remember and honor him. Parents and schools taught American children about his life on his birthday; urged the children to learn about the Father Of His [Their] Country, and to follow his example of patriotic love of country, selfless service and sacrifice for freedom, personal honor, dedication to duty, fidelity to principle.

By observing Washington’s Birthday as a National Holiday on his actual birthdate, Feb. 22, the focus of the nation was on Washington, on the example he set by his extraordinary life, establishing him as “the Greatest American.”

However, all that changed in 1971. Congress, pressured by federal government bureaucrats and other employees and their unions, abolished “Washington’s Birthday” as a National Holiday. It was replaced with “Presidents’ Day” to be observed on the “third Monday of February” as a result of the “Uniform Monday Holiday Act,” which gave government employees their sought after three-day weekends.

As a result, American children in government schools learn little or nothing about the greatest man in the history of America, without whose extraordinary virtues and sacrifices they would not be free. 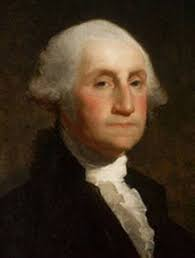 The “Uniform Monday Holiday Act [For Government Employees Convenience]” should be repealed. “Washington’s Birthday” should be reinstated as a National Holiday, and should be celebrated on Washington’s actual birthday: February 22, not be just another three-day weekend holiday for pampered “public servants” in government employment.

Nor should Washington be lumped in with other, less deserving presidents in a concocted “Presidents Day.” No other president has been so universally admired in America or in the world as was General George Washington.

Washington was by far the most admired man of the Founding Father’s generation. He was called the “Father Of His Country and unanimously elected and re-elected as our First President because he was, as Revolutionary War hero Gen. “Light Horse” Harry Lee memorably said, “First in war. First in peace. First in the hearts of his countrymen.”

Can that be said today, when Washington’s Birthday  is no longer a National Holiday, and the nation’s children learn more in progressive liberal, politically correct, cultural relativist government schools about “the life of Mohammad” than the life of George Washington? When the schools, politicians, and media celebrate such farcical concocted “holidays” as “Kwanzaa” and “Cinco de Mayo” while George Washington’s Birthday Holiday is no more?

George Washington, first, last, and always a soldier serving God and Country, was heralded in his time as the “Apostle of Liberty,” the “Indispensable Man,” having with his ragtag band of American citizen-soldiers of the Revolutionary Army defeated the most powerful military nation in the world in eight years of war to establish our American independence, our freedom.

He did not seek the Presidency–it sought him. He was elected unanimously –twice. He was offered the Presidency for life.  But he stunned the world when he refused a third term  and even monarchial rule, and, instead walked away from power to return to his home as citizen. He was, is, our American “Cincinatus,” who, like that Fifth Century (BC), Roman general, fought the battles of the nation, held unequaled power, but did not covet it, and instead returned to his farm. So was Washington satisfied to be a citizen of a free America, rather than its ruler.

When Washington did that, walked away from ultimate power, even England’s King George III, whom Washington had defeated, hailed Washington “as the greatest man of his era.”

John Adams, his successor as President, said of him: “If we look over the catalogue of the first magistrates of nations, whether they have been denominated Presidents or Consuls, Kings or Princes, where shall we find one whose commanding talents and virtues, whose overruling good fortune, have so completely united all hearts and voices in his favor?…His example is complete; and it will teach wisdom and virtue  to Magistrates, Citizens, and Men, not only in the present age, but in future generations.”

Thomas Jefferson, father of the Declaration of Independence and our third president, said of Washington that he was: ”The only man in the United States who possessed the confidence of all. There was no other one who was considered as anything more than a party leader….And it may be truly said that never did nature and fortune combine more perfectly to make a man great, and to place him in the same constellation with whatever worthies have merited from man an everlasting remembrance.”

Even the Emperor Napoleon Bonaparte, who admitted his love of power and yielded to no man a claim of greater glory than he himself possessed, spoke of his admiration of Washington: “This great man fought against tyranny: he established the liberty of his country. His memory will always be dear to the French people, as it will be to all freemen.”

Are those words  still true to this generation of Americans? Those words of Adams, Jefferson, Gen. Harry Lee, the English King George III and the French Emperor Napoleon, all speaking with awe at the example of Washington’s life as one which would be taught “not only in the present age, but in future generations,” as John Adams said, and his memory “held dear..to all free men” as Napoleon said? Is Washington still  “First in war. First in peace. First in the hearts of his countrymen,” as Gen. “Light Horse” Harry Lee said of him?

If not, why not? Are we Americans better for it, as a people, a nation, when we honor no longer the one American who was so universally acknowledged in his time —  and up to this generation of transformed Americans —  as the Greatest American, the Father Of Our Country? He who defeated tyranny, held ultimate power by acclamation and then walked away from it to preserve the freedom he had created as a soldier? He who lived his life for God and Country?

May both the God that George Washington so faithfully served bless and keep him; may the Country he so loyally served always remember and honor him;  and may the lessons of his life be learned in this and every generation so that the freedom he fought for and created may not wither and weaken, to be destroyed by enemies foreign, or domestic.

Tell Congress to repeal the “Uniform Monday Holiday Act” no matter the tears and anguish of taxpayer-paid government employees who will be deprived of a three-day holiday,  and no matter the loss to the politicians of those government employees’ campaign contributions by which they purchased their uniform three-day weekend holidays from the politicians.

Congress should re-establish George Washington’s Birthday as a National Holiday — and celebrate it on his actual birth day, February 22. The Father Of Our Country deserves no less. The people of our nation, especially the children, deserve no less.

FOR GOD AND COUNTRY FOREVER; SURRENDER TO TYRANNY–NEVER!