During Assistant Attorney General Rod Rosenstein testimony before the House Judiciary Committee on Thursday, he repeatedly claimed he and the Department of Justice have been cooperative with the House of Representatives and Senate oversight committees. However, lawmakers have repeatedly complained about the stonewalling and foot-dragging by Rosenstein and his department in their releasing of requested and subpoenaed documents and emails.

Even non-profit, non-partisan watchdog groups have had enormous difficulties obtaining documents from government agencies under the Freedom of Information Act (FOIA) regulations.

However, on Thursday the leading public-interest group, Judicial Watch, reported that U.S. District Court Judge Reggie B. Walton ordered the Justice Department to immediately begin producing records about its communications with Nellie Ohr, who happens to be the wife of senior DOJ official Bruce Ohr.  Mrs. Ohr was working for Hillary for President campaign vendor Fusion GPS. Fusion is the form that provided an anti-Trump campaign document which gained the title “The Dirty Dossier.” 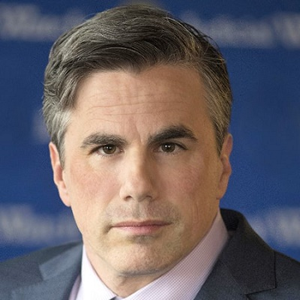 now and ordered the DOJ to begin producing documents immediately on a rolling basis over the next two months. Judge Walton also rejected DOJ’s efforts to restrict their search to only 2016,” said Judicial Watch’s Director of Communications in a statement on Friday.

Some observers suspect that the already proven to be partisan Justice Department wished to have six months so that the documents would not appear to the media and the public prior to the November elections.

“It’s a theory, but one that may just be proven as we get closer to Election Day 2018: the DOJ has been infiltrated by Deep State members or Deep State ‘useful idiots,’ and they want to see the Democrats take over the Senate and the House which would fulfill the wishes of Rosenstein and others who despise President Trump,” claims political consultant Michael Baker.

“I think if it’s been almost, since December when the initial request was made more should have been done by now. And it seems to me if you have someone who’s going to come into office and they say they’re going to be a disrupter, that they should appreciate there’s going to be a lot of FOIA requests and therefore, should gear up to deal with those requests. So I’m not real sympathetic to the position that you have limited staff and therefore, you can’t comply with these requests. So I think you’re going to have to get some more people.”

Judicial Watch filed an FOIA lawsuit in federal court after the Justice Department failed to respond to a legal December 2017 FOIA request. The lawsuit seeks: All records of contact or communication, including but not limited to emails, text messages, and instant chats, between DOJ officials in the Attorney General’s Office and Fusion GPS employee or contractor Nellie Ohr.

“We are pleased another court rejected the Justice Department’s inexcusable stonewalling on documents of intense public interest – Obama DOJ collusion with the Clinton campaign vendor Fusion GPS to target then-candidate Donald Trump,” said Judicial Watch President Tom Fitton. “How extraordinary it is that this Justice Department is now under court order to stop stalling on releasing records about potential corruption in the Obama Justice Department!”

According to a press statement released on June 8, 2018: In December 2017, Bruce Ohr was removed from his position as U.S. Associate Deputy Attorney General after it was revealed that he conducted undisclosed meetings with anti-Trump dossier author Christopher Steel and Glenn Simpson, principal of Fusion GPS. A House Intelligence Committee memo released by Chairman Devin Nunes on February 2 noted that Ohr’s wife, Nellie, was “employed by Fusion GPS to assist in the cultivation of opposition research on Trump” and that Bruce Ohr passed the results of that research, which was paid for by the Democratic National Committee (DNC) and the Hillary Clinton campaign, to the FBI.