A former prosecutor from the U.S. Department of Justice (DOJ), who originally founded the top Washington, DC, government watchdog group Judicial Watch and who now heads Freedom Watch as its current General Counsel and Chairman, Larry Klayman, is taking on the nation’s Deep State leaders, including their latest circus ringmaster.

Klayman, an experienced criminal trial attorney had filed an official complaint on Monday in the Office of Professional Responsibility and Inspector General of the Trump Justice Department, demanding a full and thorough investigation — and the eventual removal and prosecution — of Special Counsel Robert Mueller.

“The Justice Department’s Office of Professional Responsibility (OPR) and Inspector General (IG) are charged with investigating and remedying unethical and illegal behavior by the special counsel, his office and other DOJ lawyers and staff,” said attorney Klayman, who proved to be a gadfly for both Democratic and Republican administrations. 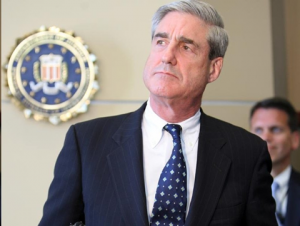 According to a number of law enforcement and legal experts, President Donald Trump’s new Attorney General Jeff Sessions was bullied by the Democrats and their “fake news” cohorts to recuse himself from the case involving unproven allegations of collusion by the Trump campaign and the Russian government to “snatch Hillary Clinton’s presidential victory away from her and give it to Republican candidate Donald Trump.”

Former Det. Lieutenant Dave Margolin said, “I’ve never seen anything like this before: without one real shred for evidence, the Democrats were able — while being the minority in both houses of Congress and now controlling the Executive Branch [of government] — got to have a special prosecutor with more ties to the Democratic Party and the left than Barack Obama,” Margolin alleges.

“Mueller and his conflicted staff — which are Democrat/Clinton political campaign donors and supporters in large part — have illegally leaked grand jury information to harm President Trump, his family and former and present colleagues,” said Klayman.

“Special Counsel Mueller derives his authority and powers from the DOJ, as he was appointed by Deputy Attorney General (DAG) Rod Rosenstein — not coincidentally a closet Democrat and President Barack Obama’s former U.S. Attorney for the District of Maryland,” according to Klayman.

The 66-year-old Klayman also has some choice words for Attorney General Jeff Sessions and Rosenstein. “They have failed and apparently refuse to properly police the illegal grand jury leaks and conflicts of interest of Mueller — putting their own personal, political and professional interests before all else — the job therefore fell upon Freedom Watch to file this complaint to represent the interests of the American people!”

Klayman believes It’s time to honestly address the “sham investigation Mueller has been vindictively pursuing for his friend, a fellow former FBI Director himself, James Comey.” In fact, according to two expert detectives, there is more evidence against Hillary Clinton, James Comey, Loretta Lynch, Eric Holder and others for crimes committed than there is for a Trump-Vladimir Putin collusion case.

The regrettable back story here is that these two DOJ public servants — Sessions and Rosenstein — are themselves under investigation by Mueller’s growing Democratic-Party staffed investigation squad for their alleged involvement in the imagined collusion with Russia in the case of the AG and the firing of former FBI Director James Comey in the case of Rosenstein.  Klayman believes, as do others including liberal law professors that the investigation by Mueller is political and not criminal.

“For this and other reasons, which sadly are the norm in our compromised Justice Department, which continues to be loyal to the former administration, not the Trump administration, these two leaders have failed so it’s time for US to act,”  Klayman fiercely stated.

He also stated he is warning the powers that be: “If the Office of Professional Responsibility and Inspector General of the Department of Justice fail to take action, you can rest assured that Freedom Watch will file a court complaint to try to force them to take appropriate and immediate action, as well as use other lawful measures, such as petitioning Chief Judge Beryl Howell in the D.C. federal court overseeing Mueller’s grand jury investigation to address these issues through an evidentiary hearing.”

“To sit back and watch Robert Mueller and his staff’s legal jihad unfold against President Trump and his team with impunity is a huge mistake, and that is why…  the American people, should also intervene and write and email these offices and demand action,” added the successful Beltway insider..

Klayman is advising all American patriots that they should also express their extreme displeasure to Sessions and Rosenstein for their failure to police Special Counsel Mueller and the politically compromised Trump-loathing 16 and counting generally leftist prosecuting attorneys he hired at great taxpayer expense to do an unethical and illegal hit on the POTUS and thus overthrowing a legally elected President Trump.

The complaint Larry Klayman filed on behalf of Freedom Watch, the “People’s Justice Department,” speaks for itself:  Mueller must be removed, along with his conflicted and compromised staff, and then referred to the U.S. Attorney for the District of Columbia for prosecution, as they all have violated their oath of office and the sacrosanct Rules of Criminal Procedure, as well as several provisions of professional codes of conduct for lawyers.