It is the twenty-first century and there still exist modern flat Earth societies proclaiming that the Earth is a flat disc-shaped planet, while many refuse to even call it a planet.

A renewed interest in the discussion of whether or not the Earth is flat has cropped up among some people who believe, or claim to believe, that NASA and / or other organizations have been perpetuating the lie that the Earth is a sphere while covering up evidence that the Earth is a flat disc. This article will address the flat-earther’s claims and examine the Scripture verses that flat-earthers use to justify their belief in declaring the Earth to be flat. This article will reveal that the Scripture verses used by flat-earthers are misinterpreted and then misapplied, and will declare the Flat Earth Theory to be false. 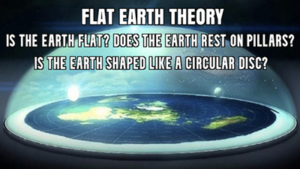 IS THE EARTH FLAT ACCORDING TO THE SCRIPTURES?

WHAT ARE THE FOUR CORNERS OF THE EARTH?

Orlando Ferguson of South Dakota believed the Earth to be square and stationary. In 1893 he drafted and printed out a MAP OF THE SQUARE AND STATIONARY EARTH. The map is based on a very literal interpretation of Scripture. The map depicts an indented circular Earth, with the world’s oceans contained within a square firmament, and angels standing at the four corners of the earth.

DOES THE EARTH REST ON PILLARS?

The word ‘pillar’ has more than one definition.

pillar:
1. A tall vertical structure of stone, wood, or metal, used as support for a building, or as an ornament or monument.
2. Something shaped like a pillar: “a pillar of smoke.”
3. A person or thing regarded as reliably providing essential support for something: “he was a pillar of his local community.”[i] 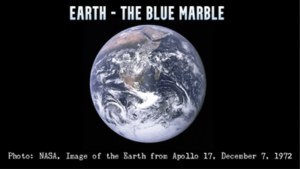 When all the various definitions of ‘pillar’ are considered, regarding the Scripture verses that declare that the Earth rests on pillars, it should not be concluded that Scripture proclaims that a flat Earth rests on external physical pillar structures.

1 SAMUEL 2:8 (NKJV):
For the pillars of the earth belong to YHWH (the Lord) and He has set the world upon them.

The pillars belong to YHWH (the Lord), according to 1 Samuel 2:8, so pillars in this context are a reference to God providing essential support for the Earth.

JOB 9:6 (NKJV):
He shakes the earth out of its place, and the pillars tremble.

Scripture also refers to pillars as “pillars of smoke.”

JOEL 2:30 (NKJV):
And I will show wonders in the heavens and in the earth: Blood and fire and pillars of smoke.

‘Earth’ has a dual meaning in Scripture. ‘Earth,’ when mentioned in the Scriptures, can either be a reference to Planet Earth or a reference to dry land: the continents or islands.

GENESIS 1:1 (NKJV):
In the beginning God created the heavens and the earth.

GENESIS 1:9-10 (NKJV):
Then God said, “Let the waters under the heavens be gathered together into one place, and let the dry land appear;” and it was so. And God called the dry land Earth, …

Discerning the dual meaning of ‘earth’ is essential in understanding that Scripture does not declare that Planet Earth rests on pillars, but the Earth’s dry land, the continents, do.

JOB 28:5 (NKJV):
As for the earth, from it comes bread, but underneath it is turned up as by fire. 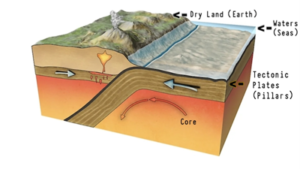 JOB 26:10 (NKJV):
He drew a circular horizon on the face of the waters, at the boundary of light and darkness.

Scripture declares that the Earth is a free floating sphere in space, not a stationary object resting on pillars. The Earth hangs in space, on nothing, is stable, and does not move out of its orbit around the Sun.

The flat Earth model proposes that the Sun, Moon, and stars are set in fixed positions in the Earth’s firmament dome and that the Sun rotates around a flat, disc-shaped Earth, shining its light in a limited circular field. The problem with this theory is that it can be easily disproved with personal observation and logic. If the Earth were flat, at least some ambient light from the Sun would be visible from every point on Earth at all times, but that is not the case. In Antarctica, there are periods in the summer that the Sun is always visible and periods in winter when the Sun is not visible, due to the angle of the Sun’s rays on Antarctica, depending on the tilt of the spherical Earth.

At most places on Planet Earth we observe the Sun set and rise beyond the horizon. The Sun appears to set and rise from our viewpoint on Earth, but what is actually happening is that the spherical Earth is rotating out and into the field of view of the Sun. If the Sun shined its light in a limited circular field, we would see the Sun come into view from high in the sky, not in a sunrise, and go out of view when traveling away and disappearing into the sky, as we would a plane flying out of sight. We would never observe the Sun set below and rise above the horizon.

During a lunar eclipse, the Earth passes between the Sun and Moon, casting a circular shadow over the Moon. This would not be possible if the Sun and Moon were always fixed in the firmament dome above a flat Earth, as flat earthers proclaim.

When viewed from a high altitude, one can see the circle of the sphere of the Earth.
The Earth is not declared to be a circular disc, according to Isaiah 40:22. The Hebrew word for circle is ‘chug,’ meaning sphere, which indicates that Scripture proclaims the Earth to be a sphere.

PHOTOS AND SATELLITE IMAGES OF THE SPHERICAL EARTH

NASA and other space agencies have provided the world with manyphotographs and satellite images of a spherical rotating Earth.[iii] [iv]NASA is not a conspiracy agency supplying doctored Earth images and suppressing knowledge of a flat Earth, as flat-earthers maintain.

Many astronomy hobbyists from around the world have sent their video cameras and mobile phones into the edge of space using weather balloons and have provided further photographic and video evidence confirming that the Earth is a sphere.[v] [vi]

The United Nations logo is cited as “proof,” by flat earthers, that the Earth is flat. It is proclaimed that the United Nations, NASA, and other government entities know that the world is flat and suppress the evidence of a flat Earth, but the UN flag / logo reveals the truth of a flat Earth that they have been hiding. Again, this is faulty logic on the part of flat earthers. One cannot draw a 3-dimensional spherical Earth on a 2-dimensional flat plane logo map that would be a true representation of Planet Earth. The best that can be done to give the appearance of a spherical Earth on a flat map is to either round off the corners to make the map appear more spherical, or show two opposing sides of the sphere of the Earth.

Scripture does not proclaim the Earth to be a flat circular disc. Flat Earth believers are incorrect in understanding the Scripture verses that may seemingly allude to a flat Earth, if taken literally, or they intentionally twist the allegorical and figurative language of Scripture to apply a literal meaning to support Flat Earth Theory. Flat earthers, who proclaim that there are many verses declaring the Earth to be flat, are selectively reading such verses literally with a pre-set flat Earth mindset, while ignoring the verses declaring the Earth to be a sphere and are dismissing the mountains of evidence that the Earth is a globe. There is not a single verse in Scripture that plainly states that Planet Earth is flat.

The Earth is a blue marble.

[iii] “VISIBLE EARTH A catalog of NASA images and animations of our home planet,”