In the midst of a national disaster or emergency, it’s understand that the President must put aside his political demeanor and become the Commander in Chief to battle something as deadly and destructive as the COVID-19 pandemic. The problem with today’s government reaction to the Coronavirus is that state governors and big-city mayors are creating their own laws, rules, and regulations many times based on a whim.

That’s where we are now, and former New York City Police Commissioner Bernard Kerik — who along with Mayor Rudy Giuliani became the heroes of the 9-11 al-Qaeda attack in 2001 – is outspoken in his opposition to what he’s witnessing

In a tweet,Kerik blasted government officials who are using the Coronavirus outbreak as a pretext to clamp down on freedoms that wouldn’t necessarily affect the spread of the virus.

While the propaganda organs such as CBS, CNN, New York Times, et al attempt to cover-up the Democratic Party’s shenanigans – for example, accusing the GOP for what the Democrats are actually doing – President Trump and his actions are being condemned by the likes of Speaker of the House Nancy Pelosi, Sen. Chuck Schumer, Rep. Adam Schiff, Sen. Mitt Romney and others whose allegations against Trump are a tissue of lies.

”Some police have been ordered to arrest people for walking outside their homes. The government is considering a #coronavirus surveillance system,” said the veteran lawman who helped create the Iraqi police force after the overthrow of dictator Saddam Hussein. 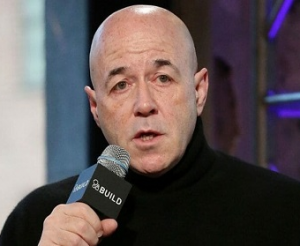 Yesterday, governors/mayors shut down walking trails.
Some police have been ordered to arrest people for walking outside their homes.
The government is considering a #coronavirus surveillance system.
WTF! Americans better start paying attention and getting vocal! #Constitution

He went on to criticize New Jersey Gov. Phil Murphy, a Democrat, for his decision to stop construction projects.

“Construction is a profession in which many will not be able to receive government assistance.

“Instead of mandating by order that they wear protective equipment and follow CDC directives, this will destroy them/families.”

896 people are talking about this story

Murphy had announced the halt to construction the day before Kerik’s tweet.

“We must continue to work together to flatten the curve of new COVID-19 cases in New Jersey,” Murphy said in a statement.

“By ceasing all non-essential construction projects and imposing additional mitigation requirements on essential businesses, we are furthering our aggressive efforts to enforce social distancing and limiting our public interactions to only the most essential in order to reduce the spread of COVID-19.”

In the executive order, Murphy also limited the number of customers who could be in an essential retail outlet at any given point in time and required those outlets to mark 6-foot increments on the floor in order to indicate how to socially distance, among many, many other things.

Park systems, meanwhile, have been shutting down across the country.

Here’s part of Oregon’s explication for closing its state park system late last month: “A single person walking on a trail is fine. There are a few million people in the west who are thinking the same thing, and then next thing you know, people are parking alongside roads to get into a park. That’s bad for you, it harms other people, and it puts stress on local groceries and health care systems.”

It’s not just the hiking trails that have been shut down. The status of churches varies from state to state, with some listing them as an essential service and others shutting them entirely.

Kentucky is one of the states in the latter category — and it managed to make a show of it this weekend when police took down the license plate numbers of the 50 people worshipping in the Maryville Baptist Church and put quarantine notices on their car, according to USA Today.

Newly elected Gov. Andy Beshear, a Democrat, has engaged in a high-profile battle with a handful of churches that are still holding in-person services. In a move that absolutely won’t escalate the situation, state police threatened “further enforcement measures” for individuals receiving the quarantine notices if they decide not to quarantine.

Kerik, by the way, isn’t exactly a wild-eyed libertarian. This was the top cop in New York City under Rudy Giuliani and during 9/11. That’s not the kind of resume that leads one to flights of anarchist fancy. He’s bringing up a very real concern that our rights have taken a backseat to trying to beat this disease.

In some respects, that’s understandable. However, we’re about to be met with very sticky constitutional issues, including contact tracing and coronavirus “passports” to prove someone has antibodies and can re-enter society.

If the Constitution takes a backseat here, there’s the inevitable slippery slope: It can take a backseat anywhere.

The fear is understandable, but fear cannot be allowed to set our rights afire.