Multi-billionaire, America hater George Soros — the public face of the New World Order — has issued fresh instructions to his minions that underscore Soros’ growing fear of President Trump. “If things keep going this way, Trump is going to get re-elected. So we’ve decided to take emergency action,” MoveOn wrote to their deep state disciples. All their efforts will be focused like a laser on one thing, President Donald Trump’s response to the pandemic. [Link]

The minions of Soros’ mini-empire of political and anti-American organizations are terrified of Trump and his “America First” populism. As with the far-left Democratic-Socialist Party and the mysterious and powerful Deep State oligarchs, when they hear the words “Make America Great Again” it shows how far they still must go to create their utopian – or dystopian — New World Order.

No where is that more evident than with the denizens of most U.S. newsrooms who are hellbent on destroying Trump and his tens-of-

millions of “deplorables” who have turned boring political rallies into enormous celebrations of American exceptionalism.

One conservative writer in uber-liberal San Francisco, California, stationed “within half-an-hour’s-drive of the Belly of the Beast, Berkeley’s MoveOn coven,” got his hands on a disturbing email from the Soros funded new world order sleeper cell. While MoveOn is probably the best known anti-nationalism, it is still part of the Soros stable of activist groups that include Antifa (Anti-Fascism), Black Lives Matter, and other organizations.

Soros, 84, and his supporters are unhappy with President Trump because he’s confidently taking charge and accomplishing more in three years than most presidents don’t accomplish in eight years.

They’re horrified. “Last week,” they write, “his approval rating hit 48%—his highest ever.” They want their acolytes to know they aren’t talking about “some bogus fly-by-night poll. It was the Washington Post-ABC News poll, one of only six polls rated A+ in the country,” they warned their readers.

They specifically point out that according to data expert Nate Silver, “it’s part of a trend. Trump’s polling averages have been shooting up across the board for weeks.” They can’t believe it themselves. “It’s infuriating but true: The coronavirus crisis is helping Trump politically.”

MoveOn noted that “voters are rallying to their leader, while Joe Biden and Bernie Sanders have almost completely disappeared from the news.” It’s also been evident that the news outlets Trump routinely declares are “the Fake News” are being recognized as the propaganda arm of the Deep State and it explains why even during the most hectic news days that denigrates President Trump, his popularity poll numbers are above 50 percent.

These days of international pandemic have shown Americans how dishonest and biased against Trump the members of the press can be.

“Don’t they realize he’s screwing it all up?” MoveOn complains. “Voters don’t know how badly Trump has botched the response to this crisis.” Yet, these anti-Trump legions fail in their endeavors to reveal any evidence to back up their statements.

“We need to face facts,” MoveOn officials wrote. “If things keep going this way, Trump is going to get re-elected. So we’ve decided to take emergency action.”

They are set to use millions of dollars for television advertisements. Some believe up to $8billion will be funneled to them by George Soros, to get that message out in capital letters. Prepare for a massive anti-Trump coronavirus incompetence onslaught.

“Notice how in the midst of the illness and death caused by COVID-19, Speaker Nancy Pelosi blocked an emergency bill for almost a week which slowed the flow of money needed to address the deadly virus’ impact on the American people. It was a spiteful thing to do but she 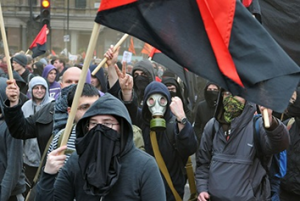 “We’re aiming to launch and sustain a massive digital ad campaign focused on voters who approve of Trump,” they explain. That means anyone who thinks Trump is doing a good job.

According to MoveOn, Soros directed them to “educate” the ANTIFA types about Trump creating this national health disaster.” The word “educate” is Soros-style newspeak meaning opinion shifting propaganda.

The George Soros followers are becoming even more deranged since Trump’s poll numbers climbed during this crisis, and his approval rating is now as high or almost as high as Barack Obama’s was at the same point in his presidency. Soros knows that he’s leading an uphill battle to a victorious result.