Germany Pushing For One World Order

By Rev. Austin Miles|2019-01-25T02:47:30-05:00January 25th, 2019|
Angela Merkel, the Chancellor of Germany is a strange character and indeed, mysterious. Many have suggested that she is the daughter of Adolf Hitler even though her actions would not necessarily meld with his.
So being unsure, we have to regard that as simply rumor since I cannot travel there at this point to make certain.
There are tensions in her government with a lot if infighting. She insists that she will keep pushing for a One World Government. So Germany goes from Hitler dictatorship to Communism.
What has been put in the drinking water that has the world flirting with and discussing and accepting Communist issues?  Haven’t we all learned enough from their history? 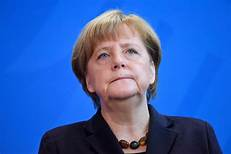 Merkel stated to Telegraph.co.uk that Germany will keep pushing for global solutions to challenges in 2019 and also ‘has to take greater responsibility in the world.’
She also intends to curb climate change, manage migration and terrorism. Is climate change the boogey man in everybody’s basement? Must be since nobody appears to want to let him go.
Germany began a two year stint on the U.N. Security Council on January first. Chancellor Merkel said that Germany will push for “global solutions” (one world government) at the U.N. and noted that the country is spending more on humanitarian aid and defense.
Meanwhile across the pond, America is hung up on diversity which we must have, of course, so that everyone is included into whatever is going on. Let’s tale a look at Diversity in America:
A few days ago, the 116th Congress was sworn in, and all day long, the media was salivating and fawning over the “remarkable diversity” of the new Democrat members.
It was a day of “firsts,” we were told. It was indeed a day of many firsts. While the new Democrat majority offered many members of note, we wanted to highlight a few “firsts” who are examples of the diversity that were sworn in that day.
Here are the Top “Most Diverse” House Freshmen:
#1. Ilhan Omar: the first person who married her brother-in order to commit immigration fraud-ever to be elected to Congress. Omar is also the first open supporter of female genital mutilation to ever to be elected to Congress. Yep, Amazing Diversity!
#2. Rashida Tlaib: One of the first Muslim Brotherhood-linked and anti-Semitic candidates to be elected to Congress. She also claims to be a “Palestinian.” And she knows how to swear. Tlaib quote: “Impeach the Mother F……President”. (The first words out of her mouth after being sworn in.)  Nice.
#3. Alexandria Ocasio-Cortez: Let’s just say she’s the first person elected to Congress who lied about being from the Bronx, and thus made up her life story. She’s also an overt Marxist (Not even covert.)
#4. Abigail Spanberger: The first substitute teacher from an Islamist school, nicknamed by law enforcers as ‘terror high’, ever to be elected to Congress.
#5. Donna Shalala: Rep Shalala was HHS Secretary from 1993 to 2001 under Bill Clinton and worked from 2015 to 2017 at the Clinton Foundation, and in 2016 she admitted in an interview that some significant Clinton Foundation donors received “courtesy
Appointments” in the Clinton State Department. To top it off, apparently she can’t let go of politics.At 78, she’s the oldest female house freshman in history.
These are just a few examples of the “firsts” that the leftist media has been celebrating this last couple of weeks. lf you are looking for politicians who show an open disdain and animosity for American principles and values, you can always count on the Democrat Party.
The DemocRat Party, actually the Communist Party USA (CPUSA) who sponsors Leftist values, started full steam with Obama. This column has pleaded so often for people to wake up and push back. Hopefully it is not too late to do so.
Otherwise, when America bows to a Communist dictatorship and we see people scrambling to obtain food, water, medicine, George Soros will have completed his ambition and would then be sitting on the throne as Potentate of the entire world, while  Americans, especially the Democrats, will be swarming the streets like they are at this moment in Venezuela trying to find food, water, shelter and medicine.
That is what will happen to us….the very same thing as in Venezuela, and we will be joined in the streets by the very Democrats who sold us out.
At that time I will approach any democrat I recognize and say; “How’s this working out for you?”
Photo Caption: German Chancellor Angela Merkel
ANALYZING TODAY’S NEWS FOR TOMORROW’S HISTORY