God Will Never, Ever Abandon Us

Last fall I read an interview of Bishop Athanasius Schneider (LifeSite News, “Interview with Bishop Schneider: COVID rules may be ‘a kind of prefiguration’ of the mark of the Beast”, August 31, 2021) regarding mandates in various countries to take abortion-tainted “vaccines” — that is, those designed, produced, or tested using cell lines from aborted babies — and carry health passes to participate in the most basic activities of society.

Bishop Schneider’s parents were Black Sea Germans from Odessa, Ukraine. After World War II, they were sent by Joseph Stalin to a gulag in Krasnokamsk in the Ural Mountains. After surviving that ordeal, they moved to the Kirghiz SSR of the Soviet Union (present-day Kyrgyzstan) where their son Anton (Athanasius) was born in 1961. Later they moved to Estonia, then after several years escaped to West Germany in 1973. Currently, Bishop Schneider lives and serves in Kazakhstan. 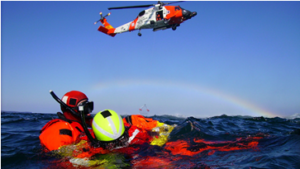 Because of his experience growing up under communism in the Soviet Union and the faith of his parents (and later his own), Bishop Schneider expressed his opposition to both “vaccine” mandates and health passes as highly immoral and a Satanic attempt to enslave and destroy humanity. While he did not believe that health passes — which are increasingly being required to buy, sell, and participate in some of the most fundamental aspects of society — constituted the mark of the beast described in Revelation 13, he did believe that they were a prefiguration of it. He said that this was something that must be resisted by all Christians and people who love liberty, even if it meant living a simpler, financially poorer life, or imprisonment, or death.

The bishop referred to his parents as an example of God’s provision in adversity. Though they were highly educated and could have lived a higher standard of life, they refused to deny Christ by cooperating with the Communist Party. They remembered Jesus’ words regarding the eternal value of temporal suffering being His disciple versus the eternal forfeiture of true life for temporal gain:

“Then Jesus said to His disciples, ‘If anyone wishes to come after Me, he must deny himself, and take up his cross and follow Me. For whoever wishes to save his life will lose it; but whoever loses his life for My sake will find it. For what will it profit a man if he gains the whole world and forfeits his soul? Or what will a man give in exchange for his soul?'” (Matthew 16:24-26)

They were barred from having a profession and were limited to menial jobs with the lowest of salaries. But they were comforted by the words of David:

“I have been young and now I am old, yet I have not seen the righteous forsaken or his descendants begging bread.” (Psalm 37:25)

The family lived very simply, but they always had what they needed to live, and they never starved. God never abandoned them. Living with an eternal perspective and trusting in the promises of God strengthened their faith in Him.

While there has ever been trouble of various kinds in the world, there are times when crises encompass more than an immediate area and cause more worldwide concern and fear. In seeking some explanation of the times, many have become interested in end times study and speculation.

There are a variety of perspectives on the end times promoted by many Christian and other religious groups. Regardless of the specific view, within biblical Christianity some purposes of eschatology include helping increase worship of God, bolstering proclamation of the gospel, providing hope in the midst of trouble, and giving a perspective that looks beyond this present world to heaven.

We have the assurance based on Scripture that Jesus will never cease to intercede on our behalf before the Father. He will never leave us during our darkest times.

“The former priests, on the one hand, existed in greater numbers because they were prevented by death from continuing, but Jesus, on the other hand, because He continues forever, holds His priesthood permanently. Therefore He is able also to save forever those who draw near to God through Him, since He always lives to make intercession for them.” (Hebrews 7:23-25)

In fact, when Joshua led the children of Israel into the Promised Land, the Lord encouraged him and strengthened his faith by telling him,

“No man will be able to stand before you all the days of your life. Just as I have been with Moses, I will be with you; I will not fail you or forsake you.” (Joshua 1:5)

God encourages believers in the same way. Persecution, distress, sickness, poverty, or death, none of these things can separate us from His love (Romans 8:35-39). Jesus is always faithful and will never abandon His children. In commissioning His disciples to go to all nations to proclaim the gospel, Jesus knew the struggles and hardships they would face and reminded them that He would always be with them and that He had all authority in heaven and earth to do so.

“And Jesus came up and spoke to them, saying, ‘All authority has been given to Me in heaven and on earth. Go therefore and make disciples of all the nations, baptizing them in the name of the Father and the Son and the Holy Spirit, teaching them to observe all that I commanded you; and lo, I am with you always, even to the end of the age.'” (Matthew 28:18-20)

This is a promise to be with us in our present circumstances, in the future unseen by us, and at the end of time where the crown of immortality and glory will be granted to us. This promise extends to all who become His disciples by doing the work of God — believing in Jesus (John 6:28-29).

In the early church when many Jewish people were coming to faith in Jesus, they faced ostracism, loss of their jobs, loss of family relationships, imprisonment, and threats to their lives. But they were reminded through their suffering that the Lord would never abandon them.

“Make sure that your character is free from the love of money, being content with what you have; for He Himself has said, ‘I WILL NEVER DESERT YOU, NOR WILL I EVER FORSAKE YOU,’ so that we confidently say, ‘THE LORD IS MY HELPER, I WILL NOT BE AFRAID. WHAT WILL MAN DO TO ME?'” (Hebrews 13:5-6)

Martin Luther, in his commentary on Paul’s epistle to the Galatians, acknowledged the never-ending presence of God through the grace and peace He grants us in Jesus Christ:

“But when the grace and peace of God are in our hearts, then we are strong, so that we can neither be cast down with adversity, nor puffed up with prosperity, but will walk on confidently and will stay on the King’s highway, for we take heart in the victory of Christ’s death, and our confidence in it begins to reign in our conscience over sin and death. Through Him we are assured of the forgiveness of sins, and once we have obtained this, our conscience is at rest and is comforted by the word of grace. If we are comforted and heartened by the grace of God (that is, by the forgiveness of sin and by this peace of conscience), we are able to bear troubles valiantly and to overcome them, even death itself. This peace is not given to the world, because the world never longs for it and does not understand it; it is given to those who believe. And this happens only by the grace of God.” (Chapter 1)

The same God who causes us to be born again always remains with us. He protects us for the inheritance He has reserved for us in heaven.

“Blessed be the God and Father of our Lord Jesus Christ, who according to His great mercy has caused us to be born again to a living hope through the resurrection of Jesus Christ from the dead, to obtain an inheritance which is imperishable and undefiled and will not fade away, reserved in heaven for you, who are protected by the power of God through faith for a salvation ready to be revealed in the last time.” (1 Peter 1:3-5)

We may not know what challenges we will face tomorrow, or the details of how end times events will unfold, but we know based on His infallible word that Jesus is coming back for His children. Whether He takes us home through death or catches us up when He returns, Jesus will always be with us through our journey on earth. He who by His great mercy has brought us into a living hope will never, ever abandon us!