Google Pulls Advertisers From NewsWithViews.Com For Its Conservative Content

While members of both political parties appear quite interested in having more and more control over the last frontier on the earth — the worldwide web — conservatives and libertarians are openly hostile to such talk of “regulating” or “controlling” the Internet.

With some of the wealthiest corporations in the world Internet-related, they know that those who control cyberspace will dictate advertising costs and will lead to Internet users being bombarded by “pop-ups,” “additional windows pages” and other technical tricks to lure Internet users away from their original web pages and onto web sites selling time-shares, cosmetics, computer security or hair transplants.

In today’s booming economy, thanks to the new Trump administration, advertisers continue to flock to the Internet to sell their products and services. Those companies who make billions of dollars on ads for everything from pet carriers to luxury automobiles are helping to increase the number of ultra-wealthy businessmen who grow with the speed of the Internet.

In fact, online shoppers know they can find the best deals on just about every product or service one can think of and buy it for less money since comparison shopping is only one mouse-click away.

The privately-owned web sites that have advertisements placed on them by search engines Internet servers such as Google, America Online, Yahoo, and others, will usually share in the profits with a percentage based on the number of web site visitors who actually leave the web site they first visited and enter the web site of the advertiser. And so, the more viewers a web site entices the more advertisers will be given attention by visitors.

However, according to an inside source, Google is arbitrarily removing their ads from Internet web sites due to what it calls a “spike of criticism that its automatic, programmatic advertising seemingly cannot stop mainstream brands from appearing alongside extremist and offensive material.”

Last week in European Union nations, a number of brands and publishers said they would pull advertising from Google’s network after their ads were revealed to be shown alongside content such as videos promoting terrorism and anti-Semitism.

No one would wish their hair shampoo ad to be juxtaposed with an anti-Israeli news story that glorifies the Palestinian militants, nor would a company wish their ad for a swimming pool installation firm be positioned near an ad or news story focusing on climate change.

In response to criticism last week from advertisers Google said it would be expanding controls to give them more say over where their ads appear on YouTube and the Google Display Network.

More brands have since joined the boycott. 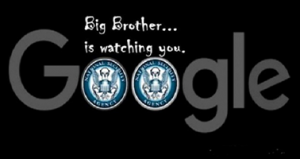 Google is now providing more details on its response — and says it’s already started making changes, evidently hoping to stem the flow of brands away from its ad network. Chief business officer Philipp Schindler writes that Google has “already begun ramping up changes” in three areas: its ad policies; enforcement of the policies; and new controls for advertisers.

“Recently, we had a number of cases where brands’ ads appeared on content that was not aligned with their values. For this, we deeply apologize,” he writes. “We know that this is unacceptable to the advertisers and agencies who put their trust in us. That’s why we’ve been conducting an extensive review of our advertising policies and tools, and why we made a public commitment last week to put in place changes that would give brands more control over where their ads appear.”

Among the changes Schindler covers in the blog is what he describes as “a tougher stance on hateful, offensive and derogatory content.”

And not just for ad display purposes; the suggestion is Google will be removing more types of offensive content from YouTube entirely — a tacit admission that hosting such content is becoming increasingly problematic for a company that has historically sat firmly in the U.S. “free speech” camp, yet which finds itself in the political firing line more and more, accused of helping spread hate online by providing a platform plus financial incentives for content intended to expand societal divisions.

“What troubles me as a private business owner who advertises on Google, Facebook and other social media is that they don’t tell you what is considered offensive since that is arguably very subjective. For instance, a news story or commentary about a President Trump political rally may be offensive to some people, while many other readers may be interested in both the story and the advertisements. Who makes the decisions to allow or refuse an advertisement on a publication in which a political issue or perceived political issue is seen,” said George DeLuca a former newsman and now a private investigator?

In Germany the government is ready to set standards for social media companies to promptly remove hate speech content from their platforms — with the country last week accusing internet companies of failing to act swiftly enough on user complaints. (Although, in that instance, Google was commended for improved responses to user complaints about illegal content on YouTube, versus Facebook and Twitter being criticized for getting worse at swiftly handling complaints.) 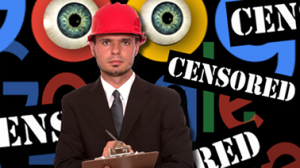 “We know advertisers don’t want their ads next to content that doesn’t align with their values. So, starting today, we’re taking a tougher stance on hateful, offensive and derogatory content,” writes Google’s Schindler. “This includes removing ads more effectively from content that is attacking or harassing people based on their race, religion, gender or similar categories. This change will enable us to act, where appropriate, on a larger set of ads and sites.

According to an expert web designer and webmaster “Diana,” during an interview with NewswithViews.com on Tuesday, she had been sent a violation notice from Google about their position on posting advertisements on the popular conservative-libertarian news and commentary NWV web site.

The email sent regarding a policy violation states the following, according to “Diana”:

This Google Publisher Policy Report gives you an overview of recent activity related to violations found on specific pages of your websites. As enforcement statuses may change over time, please refer to the “Page-level enforcements” section of the AdSense Policy Center for the current list of active violations.

New violations were detected. As a result, ad serving has been restricted or disabled on pages where these violations of the AdSense Program Policies were found. To resolve the issues, you can either remove the violating content and request a review or remove the ad code from the violating pages.

Further details on enforcements can be found in the AdSense Help Center. To learn more about our program policies, please view the AdSense Program Policies.
Kind regards,

“Finally, we won’t stop at taking down ads. The team is taking a hard look at our existing community guidelines to determine what content is allowed on the platform — not just what content can be monetized.”

The company’s web site also says Google will also be tightening safeguards for ad display pertaining to its Partner Program.

Among the new tools for advertisers that Google says it will be introducing in the “coming days and months” are:

Google also says it will be beefing up resources, accelerating reviews and giving advertisers and agencies “more transparency and visibility” — with expanded availability of video-level reporting to all advertisers “in the coming months.”

The company says it will be hiring “significantly” more staff to handle the issue, as well as developing additional tools — saying it will seek to apply AI and machine learning to “increase our capacity to review questionable content for advertising.”

Advertisers with complaints about where their ads are appearing will also have access to a “new escalation path to make it easier for them to raise issues” in the future — with Google also claiming it will soon be able to resolve these cases “in less than a few hours.”

“We believe the combination of these new policies and controls will significantly strengthen our ability to help advertisers reach audiences at scale, while respecting their values,” adds Schindler. “We will continue to act swiftly to put these new policies and processes in place across our ad network and YouTube. But we also intend to act carefully, preserving the value we currently provide to advertisers, publishers and creators of all sizes. In the end, there’s nothing more important to Google than the trust we’ve built amongst our users, advertisers, creators and publishers. Brand safety is an ongoing commitment for us, and we’ll continue to listen to your feedback.”

We’ve reached out to Google with questions.

NewsWithViews.com columnist, Ron Ewart, President of the National Association of Rural Landowners, when he discovered the activities of Google, launched his own action against the media giant. “Few Silicon Valley companies have ever embraced a political party as passionately as Google has. Its executive chairman, Eric Schmidt, has been described as a “kind of guru” to President Obama’s campaign manager, and Google employees emerged as the No. 2 donor to the Democratic National Committee in the last election,” stated Ewart.

Ewart also mentioned during the telephone interview with a NWV reporter that the Google Chrome Malware Alerts suddenly appeared on conservative articles right after Donald Trump, during a televised rally with 20-thousand cheering supporters, held up an article from the NewsWithViews.com website that verified his assertion about media bias and the NWV website received an astounding 1,000,000 hits in just one day.

Efforts by NWV to contact Google and discuss these serious allegations met with negative results. The person who only gave the name “Heather” said the Google browser is not involved in politics. Senior Editor, Paul Walter said that the Google ads generated between $500 and $1,000 per month for NWV.