Our ministry gives me the opportunity to interact on a regular basis with non-believers.  It is one of the most rewarding things that I do.  I love explaining Christianity to non-Christians.

When referring to a non-believer I am not simply talking about an atheist, but rather, someone who does not understand and embrace the fundamentals of Christianity.  Some people refer to themselves as atheists but I really don’t believe many true atheists actual exist.  All people believe in some type of “higher power” whether it be a force, a god, or LeBron James.  But a true atheist is hard to find.

Agnostic would be a better term to describe non-believers.  Agnostics believe in a higher power but they are not sure what that higher power is or in what form you might find it.  That is where you find most Americans living.  They believe in something…but they don’t know exactly what it is that they have faith in.  That includes many self-identified Christians.  They believe in Jesus, but they can’t really tell you why or what they believe.

Sadly, our churches have done a horrible job of explaining Christianity to those who claim it.  That is why we see so many who really can’t give a believable defense of the faith.  They are, in the truest sense, Christian agnostics.  Gnostic means “to know.”  Put an “a” in front Gnostic and you get “not to know.”   Christian agnostics are those who don’t know or understand what they claim to believe.  America’s churches are full of them.

Just last week I was having a discussion with a group of high school students when one indignant snowflake blurted out, “So you don’t think atheists are good people?”

I chuckled under my breath as I thought how to respond.  “How do you define good?”

“You know.  Kind to people.  Moral.  Always trying to do the right thing.”

I scratched my salt and pepper goatee and asked, “How do you know what is the right thing?  Who determines for you what is good?  What is the standard that you use to measure your “goodness?”

Her eyes bounced from side to side as she thought how to respond.  “I follow the laws and leave people alone.  I treat people the way I want to be treated.  I’m non-judgmental.”

“That’s great,” I retorted.  “But who says those are good things that you do?  Who determines for you what is right and what is wrong?”

“Society,” she snorted back at me.  “Society determines what is right and wrong.  That’s why we have laws, you know?”

“Where do the laws come from?”  I asked.

“Government makes them.  We the people do.  We all know that.”  She replied.

“Where does government get the standard that they use to make laws?  How do they know if the law they are making is good or bad?  In fact, why do they need laws at all?”  I challenged.

“We the people determine it.  I already said that.  We as a society determine right and wrong.”

“So, do you think that blacks are less than human?” I asked   “That used to be the law of the land.  Do you believe that women should be able to vote?  The law used to say they couldn’t.  If society changes its mind about right and wrong does that imply that right and wrong are constantly changing?  And if that is true, how do you ever know if you are a good person?  What is your standard if the standard keeps changing?”

“I don’t know about all of that, but I know what I believe and I don’t need some old man in the sky to tell me what to think.  I treat people well and I am a good person.”  She stomped away.

Jesus told us that there were none that were good.  Not even one.

Christianity is more than just doing what is right and wrong.  Christianity is a standard upon which a culture is built.  Certainly one can be an atheist and still be a “good person”, but even an atheist cannot be good without a standard by which goodness can be measured.  In fact, if you look around, you will see that society’s opinion of right and wrong is in a constant state of flux. 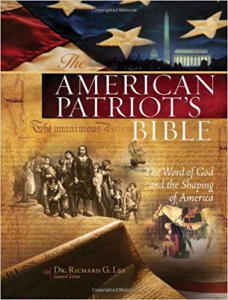 Christianity was the foundation upon which our society was built.  Right and wrong were not determined by the vote of the people but by the standards spelled out in the Bible.  The focus of Christianity is more than just heaven or hell.  Certainly, salvation and eternal life are at the center of the Gospel, but Christianity is also a governmental system whereby a civilized people may live in harmony.  Laws against stealing protect both the Christian and the non-Christian.

Can an atheist be a good person is not really the question.  All of us make choices everyday about how we are going to live and interact with our fellow man.  Our society was built upon a system of standards that come directly out of the Bible.  You don’t have to be a Christian to follow the rules, but following the rules makes it easier for us to live together.  It makes all of us better.

But being a “good” person does not make you a Christian any more than being a Christian makes you a good person.  America would be a better place if we all strove to be “good.”

But what is your standard?  What does “being good” mean?  Does being “good” even matter if there is no God?

America was not founded as a Christian nation but as a nation founded on Christian ethics.  If there is no unchanging standard of right and wrong then eventually we will become a nation not of laws, but of opinions.

Isn’t that what the Supreme Court offers…opinions?  Isn’t that how we got in this mess?

What is the standard America?