This article was originally published July 1, 2015, and I was writing about President Obama.  Yet today, we are facing the same destruction of a beautiful book about survival…whose author helped so many black Americans to succeed.  HBO has now banned the movie, Gone With The Wind, and today anarchy is rampant in our beloved America.

“As democracy is perfected, the office of the President represents, more and more closely, the inner soul of the people.On some great and glorious day, the plain folks of the land will reach their heart’s desire at last and the White House will be occupied by a downright fool and complete narcissistic moron.” —H.L. Mencken, the Baltimore Evening Sun, July 26, 1920, H.L. Mencken (born 1880 – died 1956) was a journalist, satirist, critic and registered Democrat.

As the quote above states, I believe the present leader of America has taken race relations back 100 years.  He is also all about destroying and revising history, and the republicans are right there going along with him.  I am at the point where I believe the entire nation has lost its moorings, and the politicians have all gone totally insane with political correctness.  The dumbed down electorate doesn’t even know the real history of this nation, and they buy into anything they’re told/sold without ever researching anything themselves.

Margaret Mitchell’s Gone With The Wind

Did you know that the Nazis banned Gone With The Wind, claiming it inspired the French Resistance?  Debra Freer, Mitchell historian said, “Most likely, they were afraid GWTW would give people hope, and the will to survive under occupation and tyranny.”  The Russians 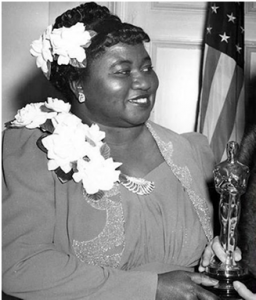 later banned GWTW throughout the Soviet Empire.  Scarlett O’Hara was not a fan of war, and that made her dangerous.  Now, the Democrats want to join with the Nazis and Communists to ban the Pulitzer Prize winning novel, GWTW.  What does that tell you?

Remember the times. It was December 13, 1939.  Gone With The Wind’s black actors had not come to Atlanta for the premier of GWTW.  These were still the years of segregation.  They would not be able to stay at the same hotel as Clark Gable and Vivien Leigh.  The following year, Hattie McDaniel would become the first African American actress to win an Academy Award for her portrayal of Mammy in GWTW.  Even in Hollywood, when she went to the Oscars, she was at a table by herself.  She couldn’t be with the rest of the cast.

In the early morning hours after the premier, Mitchell wrote to Hattie McDaniel.  She told her, “The premier audience loved you and so did I.  The Mayor of Atlanta called for a hand for our Hattie McDaniel and I wish you could have heard the cheers.”

Marianne Walker, Mitchell biographer, said that during WWII, Margaret Mitchell sent countless numbers of boxes and packages to victims in the war torn countries.  John Wiley, another Mitchell historian said that Mitchell embraced the role of Red Cross volunteer and raised millions for the war effort.  She traveled to New Jersey to christen the USS Atlanta.  When it was sunk during the war, Margaret raised money and christened a second USS Atlanta.

By the 1940s, Margaret was not just famous, but very rich.  Her friends and biographers state that nothing about Margaret changed with 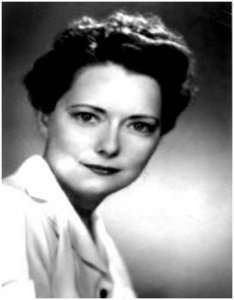 the incoming wealth.  Mitchell drove an old car and wore four year old cotton dresses.  Instead of spending the money on herself, she used it wisely to help other people.

Ira Joe Johnson, an African-American Mitchell historian, tells the story of how Margaret spent her money.  In 1942, Mitchell received a letter from Dr. Benjamin Mays, president of the all black Morehouse College in Atlanta.  He asked her to give one scholarship of $80.00 for one student, and Margaret Mitchell wrote back and sent a check, and that was the beginning of a long relationship. Dr. Mays was a powerful figure who would later become the mentor of Martin Luther King, Jr.  He sensed that Margaret might be open to his ideas on education, and again wrote to her.  And Dr. Mays was right.

Margaret wrote back to Dr. Mays and sent a check for $2,000 for medical and dental students.  Mitchell and Mays began a secret correspondence.  He would make a request, and she would send the money to educate African-American doctors.  This was a difficult time in the country’s history with race relations, but Dr. Mays and Margaret Mitchell were able to maintain their friendship in spite of it.  A Morehouse College student actually couriered the letters between Mitchell and Mays.  Because of the dangerous times, the two never met.  All these years later, the Mitchell legacy lives on at the Morehouse School of Medicine.  Margaret’s nephew, Eugene Mitchell, continues her charity and gave $5 million to Morehouse.  So for the next 100 years, there will be Margaret Mitchell scholars marching out of the Morehouse School of Medicine.

If the world had discovered that Margaret Mitchell was supporting Morehouse College, that gesture could have threatened her life with those who might have been inclined to retaliate against anyone who was promoting black education.  For the rest of her life, Mitchell would send scholarship money to Dr. Benjamin Mays.  None of the African-American doctors knew who their benefactor was.

Later Margaret quietly helped fund the first hospital for blacks in Atlanta.  Mitchell said, “The time will come when Atlanta will be the largest Negro city in the South.  When that time comes, I hope we will have excellent Negro doctors to staff this hospital.”

“She made a great contribution to mankind. It was greater than money, it was something she did for humanity,” said Ira Joe Johnson.

She often traveled incognito by using her married name, Mrs. Marsh.  Her husband kept his job at a power company and also handled her GWTW affairs.  In 1945, he became ill, and she nursed him back to health over a period of two years.  They led a reclusive life and enjoyed staying home and watching movies.  However, in 1949, Margaret was hit by a speeding car as she and her husband, John Marsh, were crossing Peachtree Street.  They were headed for the movies.  She was taken to Grady Hospital and lay in a coma for five days.  Then on August 16, 1949, she died at the age of 48.  Upon her death, her husband followed her wishes to burn the original GWTW manuscripts.  He rescued a few chapters however, and locked them in a vault so that her authorship would never be questioned.

It wasn’t until a half century later that the world would learn that she secretly educated dozens of African American doctors.  But it was no secret to anyone that Margaret Mitchell had written a book for the ages.

Margaret wrote, “If the novel has a theme, it is that of survival.  What qualities are in those who survive that are lacking in those who go under?  I only know that survivors used to call that quality gumption.  So I wrote about people who had gumption, and people who didn’t.”

My thanks to my best friend who shared this information with me in an eleven minute youtube video she put together, and which I used for this article.  Margaret Mitchell’s complete biography is also available on youtube. 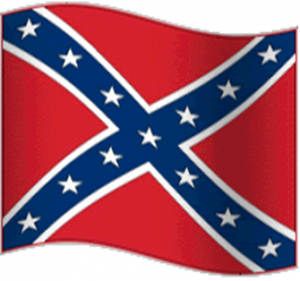 It is vile that the Confederate flag, which represented freedom and liberty, and resistance to tyranny and a centralized government, was used by a racist murderer. First of all, this flag is NOT the “Confederate Flag.” It is the “Battle Flag of Northern Virginia.” This design, however, is the one most synonymous with the term, and the one used in various forms on many of the other flags that were flown by the Confederate States. It is also the one most hated by those who are completely and totally ignorant of what it stands for.

So take another look at the flag and answer this very simple question: Do you see a big letter “X” anywhere on the flag? What if I were to lay that X down on its side, do you see it now? The X is formed by the big, blue bands which are outlined with white trim.

Now take another look at the flag. On this big “X” there are thirteen white stars. Do you know what these thirteen stars represent? They represent the thirteen original, united colonies from which the United States began. Each one of these colonies had its own system of self-government… until the start of ‘northern aggression’ when the northern states began trying to usurp authority over the southern states. This was the main cause of the Civil War.

Point of note: The thirteen stars on this flag appear to lie on the blue X… but in reality, the X lies on the stars, allowing them to shine through.

Now, do you remember from your grade-school years how the teachers would sometimes ask you to circle the right answers or picture on a work page, or to put an X on a picture or word or other item that didn’t belong in a group? That is the same concept this flag is designed around.  The stars are laid out in the pattern of an X, and the blue bands are put on the thirteen stars to show that the southern states no longer wanted to be a part of the union with the northern states. In simpler terms, the message of the flag’s design is simply this… CROSS US OUT of your Union! The southern states withdrew from the union in a movement called “secession,” which led to the Civil War.  The flag had nothing at all to do with slavery, which was on its way out before it was used to further the agenda of a centralized federal government.  Remember the winners wrote the history, revising it as they went.

Ban Gone With The Wind?  The very author helped black Americans succeed with the money she earned from her book, and they wish to ban the movie?  Insanity rules.

Now the fools in our state governments as well as the politically correct running the centralized federal government wish to ban all of the nation’s history with regards to the civil war, the flag, the movie, the southern military heroes, all Americans! Few Americans know the truth of history, and fewer yet even care.  We as a nation, a Republic that we failed to keep, are in an exponential decline.  The powerful political elite are running the show rather than being the servants of the people.  And the people still sit idle.

May the Lord have mercy on those of us who love and worship the Creator, the God of Abraham, Isaac, and Jacob, and Messiah, Jesus.  May He rise up men of valor to speak from our pulpits who will energize the people to stand for our beloved country and for truth.  Those of us who know Him need to pray, because God’s Hand is no longer on this nation, and we are facing very dark times.