“There were other accusations of misconduct during the Clinton dynasty and there will no doubt be more new allegations against Hillary Clinton in the coming months. The facts should appall any clear-thinking American. But when it comes to the Clintons few things are clear and most voters gave up on “clear-thinking” when they realized they can depend on progressive Clintonian politicians to forcibly take away wealth from one person who earned it and give it to another person whose only contribution is voting for them.”

Charles McCollough, the former intelligence community inspector general, spoke with Fox News Channel and talked about what he experienced when he reported the intelligence transgressions committed by then presidential candidate Hillary Clinton during her race for the White House against celebrity-businessman Donald Trump.

McCollough said he was shocked to see the backlash he experienced after reporting that Hillary Clinton possessed classified  “Top Secret” emails in her unsecured server’s cache. “I was told that I would be the first to be fired once she was elected,” he said. 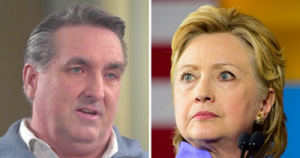 without security clearances — contained higher than “top secret” intelligence from some of the America’s intelligence community’s most sensitive operations, according to an exclusive report from Fox News Channel’s chief intelligence correspondent Catherine Herridge on Tuesday evening.

Inspector General McCullough had sent a report to the leaders of both House and Senate intelligence committees detailing the IG’s findings from a review of Clinton’s emails, at least those which were not destroyed, A spokeswoman for the inspector general confirmed to CNN that the report was accurate. In fact, Clinton had her staff destroy some of the computer hard drives after she received a subpoena from the FBI and the U.S. Congress.

“Two separate government agencies had indicated that emails on Clinton’s server contained classified intelligence, the inspector general reported, including some on so-called “special access programs, which exceed the “top secret” classification making the information super-secret as in ‘for your eyes only’ secret,” according to former U.S. military intelligence operative and police anti-terrorism unit detective Michael Snopes.

“It is the FBI, not the Benghazi Committee, that is investigating the mishandling of classified information in connection with Secretary Clinton’s use of an unsecure, private server to conduct official U.S. government foreign policy.

“Of course, none of the Secretary of State’s emails – including one in which she appears to instruct a top aide to strip a document of its ‘identifying heading and send nonsecure’ instead of via classified, secure fax – would have been discovered if not for the work of the Select Committee on Benghazi.”

While the chairman of that ad hoc committee Trey Gowdy tried to delve deeper into the Clinton emails, the Democrats on his committee tried everything to sabotage his efforts including trivializing the scandal with the help of the Deep State’s news media contacts.

Meanwhile, the  New York Times revealed that the book, “Clinton Cash: The Untold Story of How and Why Foreign Governments and Businesses Helped Make Bill and Hillary Rich” by Peter Schweizer, should have shaken up things within the Hillary Clinton for President campaign, but there was almost a total media blackout when it was released. The scuttlebutt within political circles is that the book expands the narrative about numerous cash donations made by foreign donors to the money-sucking Clinton Foundation.

Schweizer’s book uncovers a pattern of financial contributions to the Clintons that ended up giving the contributors access to policy decisions benefiting those donors, while the Clintons built up a personal mega-fortune. Already the Clintons’ trusty team of liars, smear-merchants and goon-squad members are out in full force — with the help of their news media sycophants — attacking the messenger and attacking the motives of anyone who dares to investigate these allegations. 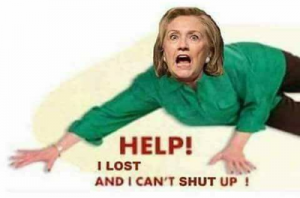 Truth be told,  neither Bill nor Hillary Clinton is a hero of the middle-class. Historically — going back to their early days in Arkansas — at best they are narcissistic opportunists, and at worst they are criminal masterminds who run an alleged criminal enterprise with minions such as Lanny Davis, John Podesta, David Kendall and numerous others who later joined other Marxist-socialists known as the Deep State. And their behavior and these accusations are nothing new.

In fact, the media was so captivated by Bill Clinton’s sexual proclivities that it intentionally or unintentionally ignored news stories that should have outraged the American population.

For example, President Bill Clinton’s FBI director, Louis Freeh — in his book titled, “My FBI: Bringing Down the Mafia, Investigating Bill Clinton, and Fighting the War on Terror” — revealed that Clinton kicked to the side of the road the American people and the families of victims of the Khobar Towers terror attack in Saudi Arabia. Clinton had promised America that he would do everything in his power to bring those responsible for the bombing that killed 19 and injured hundreds to face U.S. justice.

Freeh asserts that he became angry when Clinton refused to personally ask then Saudi Crown Prince Abdullah to allow the FBI to place boots on the ground to question the terrorism suspects the kingdom had arrested and to at least visit the crime scene where Americans died horrible deaths. Freeh wrote in his book, “Bill Clinton raised the subject only to tell the crown prince that he understood [Abdullah’s] reluctance to cooperate and then he hit Abdullah up for a contribution to the Clinton Presidential Library.” Freeh added, “That’s a fact that I am reporting.”

“Although Louis Freeh isn’t a perfect law enforcement commander, he’s definitely an honest and professional FBI chief than [Robert] Mueller, [James] Comey and — yes — Jeff Sessions who has all but turned over the Justice Department and FBI to the Swamp-dwellers,” claims H. Ronald Joyce, a former city policeman and assistant district attorney.