ICE Attacked By Democrats And NY Gov. Cuomo They Call Them ‘Thugs’

New York Governor Andrew Cuomo, during the Democratic gubernatorial debate against his opponent, actress and socialist Cynthia Nixon, called the Homeland Security Department’s Immigration and Customs Enforcement agents are “a bunch of thugs.”

Cuomo, who has had a number of his minions indicted and tried for corruption, is facing a Democratic primary challenge in his re-election bid from Ms. Nixon, a far-left who began her campaign with a call to abolish ICE.

During the heated debate with Nixon at Hofstra University Wednesday night, Cuomo used the issue to show he opposed President Donald Trump and he was a devout anti-immigration enforcement Democrat. 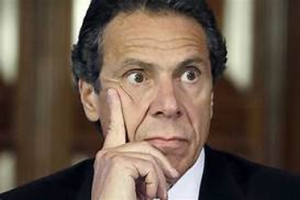 “Cuomo is the one who should be investigated. So many of his staffers have been accused of corruption and crime that it’s amazing the governor hasn’t been investigated as well,” said former New York police officer Leslie Maranda. “Cuomo reminds me of a thug from an organized crime outfit,” he added.

Besides Cuomo, a Democratic lawmaker warned ICE agents involved in what he claims are “illegal” deportations telling them that ICE personnel “will not be safe” from punishment once President Donald Trump no longer in the White House.

“If you are a US government official and you are deporting Americans be warned,” Arizona Democratic Rep. Ruben Gallego tweeted early Thursday. “When the worm turns you will not be safe because you were just following orders. You do not have to take part in illegal acts ordered by this President’s administration.”

“This is an irresponsible attempt to create division and stoke fear among American citizens while attempting to inflame tensions over immigration,” said Heather Nauert, a State Department spokeswoman.

“Gallego should read the U.S. Constitution and U.S. Supreme Court decision before shooting off his mouth. His statements appear to be those of a drunk spouting off at a bar during Happy Hour,” said former police captain Damian Davidson. “If anything Gallego and his ilk in the Democratic Party are the ones who should be handcuffed and paraded to their jail cells for their incitement against law enforcement officers,” Davidson said. 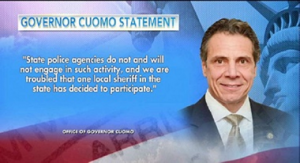 “On behalf of the men and women of ICE, I want to thank Senators Cassidy and Perdue for introducing this resolution and for standing in solidarity with ICE law enforcement officers and staff, especially at a time like this. The actions taken by Portland Mayor Ted Wheeler against ICE employees living and working in Portland are reprehensible, and we believe unconstitutional. We feel nothing short of blessed that no ICE employees suffered serious injury or death as a result of the mayor’s negligent actions. We applaud Senators Cassidy and Perdue for their efforts to bring attention to and condemn what ICE employees have gone through in Portland and around the country, and urge all Members of the Senate to support this resolution,” the outspoken Crane said in a press statement.

Certain elected officials, political leaders, and members of the press have engaged in hateful and often false rhetoric against our officers and employees encouraging widespread death threats and the targeting of ICE officers, employees, and their families. For example, during her run for the presidency, Hillary Clinton compared local law enforcement officers to ISIS (Islamic State of Iraq and Syria). U.S. Rep. Luis Gutierrez also took shots at ICE and the Border Patrol agents calling them the “Gestapo.”

“For these leaders, officials, and the media to enflame this type of hatred toward our officers and staff – at a time when law enforcement personnel are being targeted and have been assassinated on our nation’s streets – marks a truly dark time in our country’s history,” stated Crane.

It’s comforting to know that some in Congress, like Senators Cassidy and Perdue, still understand the value and importance of supporting the brave and courageous men and women of law enforcement. 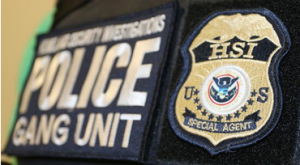 National security, or even basic border security, does not exist without the interior enforcement of a nation’s immigration laws, as the horrific events of 9/11 and indeed terrorist attacks worldwide have proven. With over 2 million criminal aliens estimated to be currently residing in the U.S., our jails and prisons are already dramatically overcrowded and local police are often overwhelmed, begging for ICE and its resources to assist in making our communities safer. Those calling for the abolishment of ICE don’t understand the significant threat to our nation’s security and the safety of American communities that their ideas present.”

The National ICE Council represents the over 6,000 rank and file ICE law enforcement officers and support personnel who enforce our nation’s immigration laws, apprehend dangerous criminals and keep our communities safe each and every day. The men and women of ICE Enforcement and Removal Operations (ERO) serve in all 50 states, Guam, Puerto Rico, Saipan, and the U.S. Virgin Islands and in Fiscal Year 2017 made 143,470 overall administrative arrests. Of these arrests, 92 percent had a criminal conviction, a pending criminal charge, were an ICE fugitive or were processed with a reinstated final order. (Source: Fiscal Year 2017 ICE Enforcement and Removal Operations Report.