The union representing employees of U.S. Immigration and Customs Enforcement urged the mayor of Portland, Oregon, to end his ban on city police helping ICE workers who have faced hostility from pro-immigrant activists.

Sean Riddell, the union’s attorney, asked Mayor Ted Wheeler for a meeting about the hands-off policy and threatened legal action if things do not change.

“Your policy has created a zone of terror and lawlessness,” Riddell said in a letter Monday.

It stems from a recent protest outside an ICE facility in Portland that was mostly peaceful. Activists opposed to President Donald Trump’s policy of separating immigrant families at the U.S.-Mexico border set up camp in mid-June and stayed around the clock for nearly 40 days. 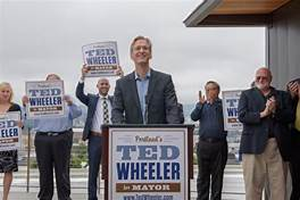 Wheeler, a Trump critic in a state that instituted the first statewide sanctuary protections for immigrants in the country illegally, said in a series of tweets at the start of the protest that ICE would not get help from city officers if the agency wants to evict protesters.

Riddell said he understands that the mayor disagrees with Trump’s policies.

“But we fail to see why targeting the employees of ICE and leaving them vulnerable to violence, harassment and even death furthers a legitimate government interest,” the union attorney said.

The mayor’s office told The Oregonian/OregonLive that Wheeler’s legal counsel was reviewing the letter and had no further comment.

Wheeler’s chief of staff, Michael Cox, did not immediately return a message from The Associated Press.

The mayor backtracked to a degree as the occupation stretched from days to weeks to more than a month. On July 23, he warned protesters to disband before they were removed by police. The occupation ended peacefully the following day.

The letter emailed to the mayor’s chief of staff Monday said the ICE union would like to avoid federal litigation but is “prepared to protect our membership and their families.”

The letter references the 14th Amendment, which guarantees citizens equal protection under the law. 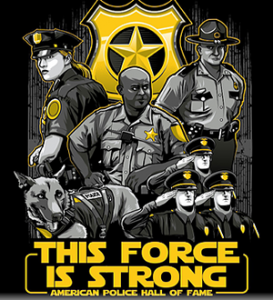 President Trump has been in a state of low-simmering rage since almost the moment he took office, frustrated beyond compare over the never-ending Russia investigation and the constant cloud of suspicion hanging over his 2016 campaign. But in recent days, that simmer has turned into a boil. This weekend, enraged by the revelation that the Obama administration had sent an informant into his campaign to bring back dirt, he demanded that the Department of Justice launch an investigation into what very well could turn out to be the biggest political scandal of all time.

“I hereby demand, and will do so officially tomorrow, that the Department of Justice look into whether or not the FBI/DOJ infiltrated or surveilled the Trump Campaign for Political Purposes – and if any such demands or requests were made by people within the Obama Administration!” Trump tweeted on Sunday.

This marks only the second time that the president has taken direct action to change the course of the Russia investigation, the first being the firing of FBI Director James Comey. That action resulted in the appointment of special counsel Robert Mueller, but on this one, Trump appears to have gotten his way. The Justice Department announced only hours after the president’s tweet that it would refer the matter to the Office of the Inspector General, who is already looking into FISA warrant abuse on the part of the Obama administration. 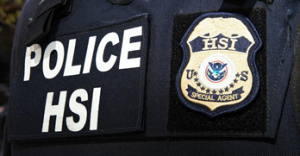 On Wednesday, Trump was still in a state of rage. He published a series of tweets expressing his disbelief about the unethical and potentially illegal machinations of the intelligence community leading up to the 2016 election.

“Look how things have turned around on the Criminal Deep State,” he wrote. “They go after Phony Collusion with Russia, a made up Scam, and end up getting caught in a major SPY scandal the likes of which this country may never have seen before! What goes around, comes around!”

“SPYGATE,” he added in a follow-up, “could be one of the biggest political scandals in history!”

Trump’s tweets and the recent revelations about the Obama FBI using an informant to gather intelligence from Trump campaign officials has the unmistakable whiff of things coming to a head. If we were to guess, Rudy Giuliani was way off when he predicted that Robert Mueller’s investigation would come to an end on September 1. From the way things are looking, this thing won’t make it very deep into the summer before the president pulls the plug.

For whatever else he has accomplished in his special counsel’s office, Mueller has utterly failed to do the one thing he was supposed to do: Cover up the illegal activities of the agency he once called home. It’s all coming out now.