The Northern Illinois Women’s Center’s (NIWC’s) license was suspended but only on a temporary basis by the Democratic Party’s minions at the Illinois Department of Public Health. The suspension was due to multiple medical and health deficiencies which the state’s public health inspectors discovered and cited in successive inspections.

Many believe that the violations were a result of laxity by the IDPH. In fact, this facility, which enjoyed media and political coverups, was the focus of a public health inspection of NIWC only once in the past decade.

“Repeated requests for public records, and medically informed objections were communicated to the Illinois Department of Public Health by a courageous pro-life registered nurse who finally provoked these belated professional inspections that turned up a hornet’s nest of health code violations,” according to officials at the Thomas More Society, a public interest pro-life law firm based in Chicago. 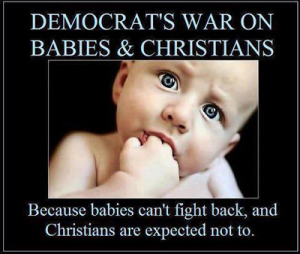 “After further review and a public hearing that turned out to be not so public, the politically-motivated IDPH came to an agreement with the Rockford abortion clinic to allow the clinic to re-open. Nearly 14 days later, the NIWC abortion clinic voluntarily turned in its medical license and permanently shut down the notorious abortion clinic,” noted the Thomas More lawyers.

They cited the violations that were proof that NIWC abortion clinic was operated in a shoddy, vile and professionally irresponsible manner, including, among others, the following:

During a telephonic conference call discussing the fate of the clinic, the lawyer for the abortion provider suggested to the Thomas More legal team that he filed a written answer to the State’s charges and was interested in communicating a suggested settlement offer to the State of Illinois.

The attorney for the Illinois Department of Public Health (IDPH) acknowledged the State’s interest in pursuing a settlement, which – if approved –would allow the abortion provider to reopen its doors.

“These egregious findings of multiple violations of public health regulations on the part of this abortion provider represent an extremely serious matter that should not be brushed aside with any hasty, powder puff settlement that disserves the public interest,” said Tom Brejcha president and chief counsel of the Thomas More Society.

“Basic medical procedures and practices were thrown to the winds in blatant disregard for the health and safety of patients in the daily practice of this so-called ‘medical clinic,’ that any decent observer would rather deem a house of horrors.  This grotesque operation has fallen far short of the sanitary norms one would expect of a veterinary clinic, and the grisly evidence—use of unsterile surgical utensils—better reflects its true character as a slaughterhouse—an abattoir where physicians are summoned not to heal but to kill.  Indeed, children are killed in this place routinely, and now that the clinic-protective cloak of secrecy finally has been lifted it is clear that no woman is even remotely ‘safe’ here either. Its permanent shutdown has been long overdue,” Mr. Brejcha stated.