Is Rudy Giuliani Selling Out America To A Marxist Muslim Religious Cult?

The Cult Of Rajavi

The MEK is also known as Moijahedin Khalgh, best described as a cult rather than as a political movement because of its internal discipline. The MEK were very much like Jim Jones’s religious cult leader who initiated and was responsible for mass suicide and mass murder in Jonestown, Guyana. I cannot find a better comparison with the MEK.

Its members are, according to the testimony of those who managed to escape, were subjected to considerable indoctrination, best described as brainwashing. Though not exactly imprisoned, members were kept isolated and separated insofar as possible and were unable to have any contact with their families or from the outside world . They were even forbidden to watch TV. Some of escapees did not even know that there was life beyond Camp Ashraf in Iraq. They were completely in isolation.

Their possessions were collectivized so they had no money or other resources. If they were in contravention of the numerous rules that guide the organization, they were subject to mental and physical punishment, and there are reports that many members were executed for trying to escape from the camp.

The current head of the group is Maryam Rajavi, the woman that is highly adored by Rudy Giuliani 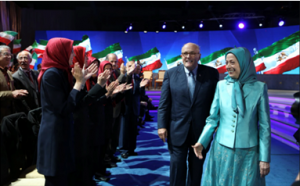 and was the wife of the deceased co-founder of MEK, Masoud Rajavi. She is reported to be politically savvy and speaks English. She learned it in part to enable her to communicate with adoring American politicians.

The group itself was founded in 1965. Its name means “People’s Holy Warriors,” derived from its Marxist/populist roots and its religiosity. It was not unlike the Taliban which developed in adjacent Afghanistan. During the 1970’s, it rebelled against the Shah and was involved in the bombing and shooting American targets. It executed U.S. Army Lt. Col. Lewis Hawkins in 1973 as he was walking home from the U.S. Embassy and in 1975 they killed two American Air Force officers in their chauffer 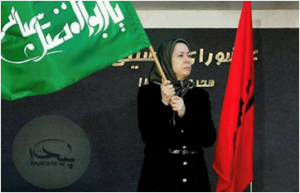 driven car, an incident that was studied and used in CIA training subsequently as an example of how not to get caught and killed by terrorists. Between 1976 and 1978 the group bombed American commercial targets and killed three Rockwell defense contractors and one Texaco executive.

Mr. Giuliani repeatedly states that they are the most organized opposition group against the Mullahs. Yes, they are organized terrorists. Most Islamic terrorist organizations are organized.  Just look at all the Muslim organizations within the US, CAIR; MAS, ICNA etc.…all of them are well funded and organized. They have been dedicated cultist terrorists then and now. People need to study cultism and see their dedication to the cult leader.

Just because the US has a few cult members working for them within the IRI compound and occasionally, they share intelligence with US officials, it does not make them suitable for Iran or make 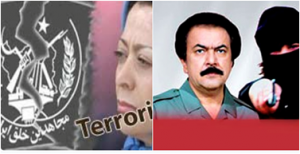 them wonderful people. We cannot replace turban headed Islamist terrorists Mullahs with Marxist cultist terrorists. They are birds of a feather. They are no different than the savage Muslims who kill for the sake of Allah. The MEK is a cultist Marxist group while also is devout Muslims. Strange marriage!

The communists were very active in the original uprisings against the Shah. A very strange marriage took place early on between the Islamists (who were an insignificant minority) and the variety of communist factions with the MEK being on top. They buried their hatchets and supposedly “unified” the nation for a “common” cause, which was supposed to be the achievement of democracy and freedom and to expel the Shah from Iran.

Unbeknownst to most Iranians who jumped on the bandwagon with these two main groups, the communists had the dream of socialism and the Islamists wanted to bring about Islamic fascism. They both lied to the people and betrayed their trust, and of course the Islamists used the idea of ” taqiyah” or Islamic deception and took the nation and its revolution hostage.

Then Islamists started to arrest and kill the communists and anyone else they found to be against the establishment of an Islamic system. This is exactly the way these forms of uprisings turn out. You can see it played out almost as a parallel to the October Revolution in Russia, which was the basis for George Orwell’s book “Animal Farm.”

Ayatollah Khomeini, with his cultural revolution, intended to de-civilize a very rich and civilized nation. This radical Islamist believed non-Muslims and westerners were infidels and began to refer to the U.S. as “the Great Satan.”

“A state department report in 1992 identified the MEK as responsible for the killing of six Americans in Iran during the 1970s. They included three military officers and three men working for Rockwell International, a conglomerate specializing in aerospace engineering including weapons, and who were murdered in retaliation for the arrest of MEK members over the killing of the US military officers.” 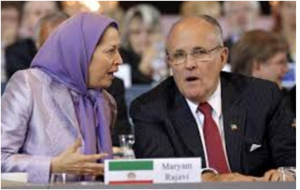 “The MEK has paid Rudy Giuliani handsomely for years—$20,000 or more, and possibly a lot more—for brief appearances before the group and for lobbying to have it removed from the State Department’s list of Foreign Terrorist Organizations (FTO), which occurred in 2012.”

It is highly unorthodox that Mr. Giuliani works for foreign clients while serving as Trump’s attorney.

Supporting the MEK by US officials is neither in accordance with American values, nor beneficial to U.S. interests. If we decide to give a hand to the people of Iran, we should fully support Reza Pahlavi and provide him with all the necessary tools needed to free Iran. After all, the Iranian people trust him and want him to return to Iran. The United States and Europe should also respect the will of the Iranian people.