To look objectively at Islam, it becomes clear that Islam is simply another globally entrenched profitable enterprise.

Islam has a product to sell. A product it sells by any and all means to consumers for over fourteen centuries. As business ventures go, Islam has been both durable and highly successful.

Islam’s founder, Muhammad, formed his enterprise in the Arabian Peninsula at a perfectly opportune time. The primitive tribes of Arabia had no less than 360 idols they worshiped, somewhat akin to the more civilized Greeks who believed in numerous gods. 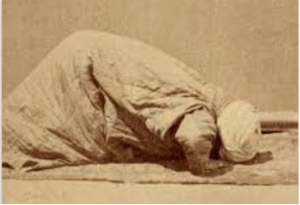 Muhammad found it very rough when he started his movement. On the one hand, even his own people, the Quraysh, custodians of the idolatry of Mecca, turned against him. In a real sense, he aimed to put them out of their lucrative business and start one of his own. On the other hand, there were several other claimants to prophethood who gathered various and numerous followers. It seemed to be a very bad time for Muhammad to make headway. People of Mecca ridiculed him and called him insane. They rejected the unintelligible verses he claimed were words of Allah, as the nonsensical mutterings of a crazed poet.

Some did not bother to call him crazy. They simplified the allegation and felt he was out of his mind. In those days and age, among the highly backward people of Arabia and other societies, insanity was viewed as punishment meted out as to a person by the gods. Thus, any unfortunate mentally ill individual was treated very harshly. 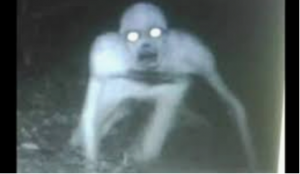 Some contemporary mental health professionals, retrospectively examining Muhammad’s life, his Quran, and other material attributed to him, have concluded his condition of a man who suffered from mental seizures. These specialists claim that the young Muhammad periodically experienced seizures that induced visual and auditory hallucinations. They cite, among other things, Muhammad’s repeated reports of being visited by jinns.

Enter the much older wealthy widow Khadijah who married the young Muhammad. She greatly loved her husband and acted protectively to shield him from harm and accepted and even promoted his claim as a messenger from Allah. If Allah wanted to reveal his verses piece by piece in a fashion that people saw as mumbo jumbo, it was not Muhammad’s fault. He was simply a messenger who conveyed the words of Allah.

Before long, the tide turned in Muhammad’s favor. Some influential people, such as Abu Bakr, Uthman and Umar, as well as his brutal cousin Ali, rallied around him. Others, recognized his momentum and began to flock to him. None the less, after the death of his cardinal supporter, Khadijah, Muhammad still found Mecca most inhospitable and left, with many of his followers to Medina.

It was in Medina, a city of a large Jewish population, where he encountered no animosity, where other Arab tribes, either as an expedient move, or by force, swore loyalty to him and his religion. Power begets power. This was indeed the case. As Muhammad gathered more and more followers, he turned on the Jewish community of Medina, killed the men, plundered their belongings, and captured their women and children as slaves. That was the birth of “Jihad.” Be meek and deceptive first, until you gather enough power then unsheathe the sword. It worked then and it works today. 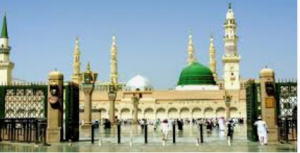 Muhammad immensely expanded his base and increased his power by a variety of means. Among others, he managed to wipe out his other contemporary contenders for prophethood. The most notable claimant was Aswad, better known as Abhala bin Ka’b who had his own holy book and had proposed an alliance with Muhammad. Muhammad, however rejected Aswad’s proposal, had him killed in a battle and all Aswad’s followers became Muhammad’s. To the victor goes the spoils.

It was in Medina that the Islam Conglomerate was born. An organization headed by one man, who got his orders from none other than the fashioner of the universe, named Allah, who in turn dictated his orders to all his followers without the least room for debate or deviance.

Responsibilities and privileges were integral parts of membership in the conglomerate. Blind obedience to a system of authority was the prime requisite. Allah knows best. Allah knows all. Allah ordains. Allah rewards the obedient and punishes the wayward. Allah dictates his will through his one and only beloved messenger, Muhammad. It is up to Muhammad to organize the faith of Allah in such a way that serves Allah’s pleasure.

The first and foremost duty of the faithful is to surrender himself, in the full meaning of the term, to the good-pleasure of Allah. In return the faithful will avoid Allah’s dreadful wrath and earn his incredible rewards, if not delivered to him in this world, will assuredly be reserved for him in Allah’s indescribably magnificent sensual eternal paradise.

In no time at all, the savages of Arabia, allured by the win-win promise of Muhammad—you kill you get the booty from your victims in this world—you get killed and your abode will be the unimaginably glorious sensuous paradise of Allah—sword-in-hand, sallied forth to lands near and far.