Islam Is A Grand And Treacherous Hallucination

“We are our beliefs,” it is said. Beliefs steer people in life. Some beliefs are harmless, some are the motive force for good, and yet others are delusional, misguided, and even outright dangerous. Every version of the belief called “Islam” ranges from the delusional to the dangerous.

Islam is a Grand Hallucination, birthed by Muhammad’s hallucination he relayed to his first wife and employer, Khadija. Greatly frightened, he told Khadija that he was visited by jinn (devil) in the Hira cave. Khadija comforted the distraught man by assuring him that the episode was Allah’s way of choosing him as his messenger. Muhammad believed his rich wife-employer who was 15 years his senior and the hallucination became a belief — Islam.

Remarkably enough, under the early tutelage of Khadija, Muhammad succeeded in attracting a number of influential followers. Before long, the movement gathered more and more power through violent campaigns and the faith was taken to new people and alien lands. This grand hallucination, Islam, presently has in its stranglehold over a billion humans, posing an existential threat to all non-Muslims. 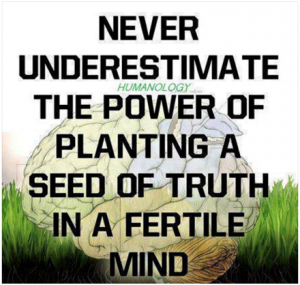 Resurgent Islam and Their Enemies

Islam is rooted in the primitive tribal mentality of “We against Them,” “We the righteous against the heathens,” “We the servants submissive of the Great Allah against the rebellious enemies of Allah.” Islam is a polarizer. Islam is an enemy-maker. To Islam, a non-Muslim is a combatant against Allah and he is fair game to be subjugated and killed.

When some billion and a half adhere to the pathological belief of Islam and use it as their marching order of life, the rest of humanity can ignore the threat only at its own peril.

Once again, a resurgent Islam is on a campaign of conquest throughout the world. Hordes of life-in-hand foot-soldiers fanatical Muslims are striving to kill and get killed. All they want is the opportunity to discharge their homicidal-suicidal impulse, on their way to Allah’s promised glorious paradise. And in the background granting the foot-soldiers’ wishes are their handlers, the puppeteers, who pull the strings and detonate these human bombs. Those who cherish life must recognize these emissaries of death, what makes them, what motivates them, and how best to defend against them.

The campaign of death waged by the Islamist-jihadist, be he a puppet or a puppeteer, is energized by the belief of delectable rewards that await the faithful implementer of Allah’s dictates. Through a highly effective indoctrination, the jihadist has come to believe firmly in Islam’s grand hallucination. He believes that Allah is the one and only supreme creator of earth and heavens; that it is his duty and privilege to abide by Allah’s will and carry out his plans at all costs. He believes firmly in a gloriously wonderful immortal afterlife in paradise, for which a martyr’s death is the surest quickest admission.

Although the dominating theme of the delusion is quasi spiritual, the promised rewards of the afterlife awaiting the martyr are sensual and material. All the things and activities that the jihadist desires and cannot attain or practice, and rejects in his earthly life will be purified and proffered to him in the paradise of the next life. Thus, goes the hallucination.

It is important to understand that the human mind is not a perfect discerner of objective reality. In actuality, reality is in the mind of the beholder. The outside world only supplies bits and pieces of raw material that the mind puts together to form its reality. Depending on the type and number of bits and pieces that a given mind receives, its reality can be very different from that of another mind. 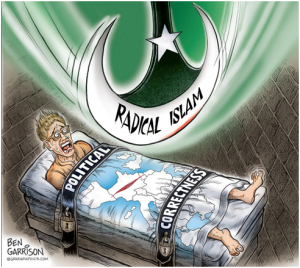 The more prescribed and homogeneous a group, the greater is the group’s consensual reality, since the members share much in common experiential input and reinforce each other’s’ mindset. Thus, members of a given religious order, for instance, tend to think much more similarly to one another than to members of other groups with different experiential histories.

Various approximations of objective reality, therefore, rule the mind. The degree to which these approximations deviate from the larger group’s consensual reality determines its delusional extent and severity.

A cocaine mainliner, for instance, under the influence of the drug, may become convinced that a bug is burrowing under his skin. In his absolute, although clearly false, certitude of the reality of his perception, cocaine users are known to take a knife to their own body to dig the burrowing bug out before it has penetrated too deeply.

A methamphetamine user’s reality is often distorted in a different way. Under the influence of the drug, an intense paranoia overtakes him. His reality is dominated by the belief that one or more people are lurking about to harm or kill him. He may wield a deadly weapon, going from room to room, from closet to closet, in search of the assailants.

If you believe that a bug is camping deeply in your body, then you might go ahead and try to dig the non-existent bug out. If you believe that people are lurking around the house to harm or kill you, you go after them before they get you. If you believe that all the troubles of the world are due to the evil-doings of the non-Muslims who war against Allah, then you do all you can to fight and kill them, particularly since Allah tells you to do so in the Quran.

Drug-induced delusions are hallucinations. They are dramatic and usually transitory, while religiously-based implantation of ideas program the mind with lasting delusions.

Hallucinations, even when they are at great variance from the objective reality, can rule the mind without the need for drugs, or as a result of neurological dysfunctions or other factors. The young and the less-educated are most vulnerable to believe the claims of charlatans, con artists, and cunning clerics, as truth and reality. 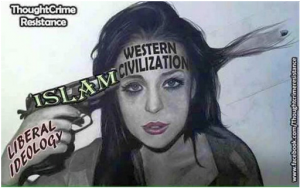 A tragic example of the young’s susceptibility to induced delusion is the case of thousands of Iranian children who were used as human minesweepers in the last Iran-Iraq war. The mullahs issued made-in-China plastic keys for paradise to children as an enticement to go forward and clear the minefield with their bodies ahead of the military’s armored vehicles. The children believed the murderers and rushed to their death, thinking that they were headed for Islam’s glorious paradise.

The repeated intense indoctrination of the children even changed the perception of some of the charlatan mullahs so that they, themselves, believed their own lies, took their own keys to Allah’s paradise and rushed to their death clinging to the plastic trinkets. Hence, some of the puppeteers, in this instance, became puppets themselves. Such are the follies and fallibilities of the human mind.

It is, therefore, understandable that many of the higher-up Islamic puppeteers, who are usually brainwashed from early childhood, devote their fortunes and persons to the implementation of their deeply ingrained hallucinations.

Deluded by the threats and promises of Islam, Muslims, poor or rich, vie with one another in furthering the violent cause of Allah.

Religion of Peace a Delusion

Many non-Muslims are also victims of a different, yet just as deadly, delusion. They believe that Islam is a religion of peace, that only a small minority of Muslims are jihadists, and Muslims can be reasoned with to abandon the Quran-mandated elimination of non-believers. These well-meaning simpletons are just as deluded as the fanatic jihadists by refusing to acknowledge the fact that one cannot be a Muslim and not abide by the dictates of the Quran.