Home/June 2017, Opinions/It Is Time for A Regime Change In Iran

It Is Time for A Regime Change In Iran

There were never any questions about the Islamists denigrating Iran and exulting Muhammad. These mullahs owe their very livelihood and very lives to the lucrative business that Muhammad launched for their parasitic and shameful existence. It is vital for these leeches to continue trumpeting the sainthood of their business founder and driving all other competition out of Iran. Give these worms credit for paying homage to the source of their shameful livelihood. 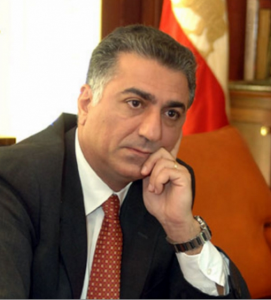 More than three decades of rule by the Islamic Republic of Iran (IRI) has not only failed to achieve the security and well-being of its people, it has ensnared the nation in a stifling theocracy where the rights of the governed are routinely violated for the benefit of the governing.

The revolution of 1979 that brought down Mohammad Reza Shah in the hope of instituting a democratic government was quickly usurped by a religious autocracy.

The battle against these pseudo-humans is arduous and long. It is with the true sons and daughters of Iran and the rest of humanity with both integrity and conscience to fumigate these leeches from the body of planet Earth.

I hope this is not a repeat of 2009 when Obama threw a lifeline to the mullah’s regime by not supporting the Iranian people and in effect siding with the genocidal mullahs.

These turbaned thugs were taking their final breath, completely broke, and the good old USA comes to the rescue, releasing billions of dollars at the end of Obama’s second term while easing other sanctions. I will never understand this.

Time has arrived to end the Mullah’s reign of terror. Despite the fact, the Western news media is not reporting it, millions of Iranians from all spectrum of life gearing up to end this horrific nightmare.

Iranian opposition has finally learned that being united rather than working in small groups does not cut it. Thus, the National Council of Iran came into existence as a government in exile of Iran, consisting of a union of 40 parties, seeking the overthrow of the regime. It was created in April 2013 in Paris by Reza Pahlavi, Crown Prince of Iran.

The National Council of Iran (Showraye Melliye Iran) is one of non-violence and is considered the alternative to the current Islamic butchers of Iran. Many Iranians inside and out have joined the NCI. Interestingly enough, no Western media outlet has reported this monumental event in over 4 years.

The beauty of the National Council of Iran lies in their non-violent position that transcends its pragmatic value. It is inspired by the longstanding Iranian belief that all humans are equal.

Fundamental to this effective change is the replacement of the old faulty and destructive beliefs with universally emancipating principles and behavior. Prejudice in all forms has been the scourge of humanity.

Prejudice in terms of gender, ethnicity, religious beliefs and more has tied humanity to separate chains and has prevented it from living as the true family that it is and from reaping the full benefits of its potentialities on earth.

It is with this firm belief in complete and unconditional equality for all people, irrespective of any and all considerations, that the Iran National Council summons the entirety of the human family for a new beginning.

Warning to the world: The whole world is sitting on the edge. Not knowing if but when the Islamic regime will push the nuclear button. We now have an opportunity of a lifetime to end this nightmare, not by the US military, but by Iranians themselves. Jimmy Carter gave us the Islamic Republic, Mr. Obama gave us the nukes, will President Trump stand with the Iranian people? We shall see.

We Iranians and Iranian-Americans in spirit—free people of the world–greatly cherish individual liberty and freedom, where the mind is imbued with enlightenment, and every individual by virtue of being born human is afforded measured freedom. It is within the open expanse of liberty that each and every person can be at his or her best. And when the individual person is at his best, humanity is as best.