Skip to content
Home/January 2019, Opinions/Jewelry For The Inside Of Your Mind And Heart—Jack London, Yukon Territory

Jewelry For The Inside Of Your Mind And Heart—Jack London, Yukon Territory

Riding into the Yukon Territory of Canada presents you with several challenges.  First, many grizzly bears inhabit the wilderness where you travel. And, they roam everywhere in search of food. Second, mosquitos the size of Jurassic Park raptors hover over your head at every stop.  They suck the blood out of baby caribou enough to kill them.  Black flies leave quarter inch welts on your skin.  Third, when it rains, it roars out of the clouds like Hurricane Katrina.

In other words, no care, concern or mercy for you tiny little human beings attempting to explore that vast, untamed, savage land.  In that wild place, the great adventure writer Jack London wrote: Call of the Wild and White Fang.  Robert Service, poet of the Yukon, wrote: Spell of the Yukon and dozens of compelling poems.  Also, tragic, if not hilarious poems like the Cremation of Sam McGhee.

London said, “You can’t wait for inspiration. You have to go after it with a club…. I would rather be ashes than dust! I would rather that my spark should burn out in a brilliant blaze than it should be stifled by dry-rot.  I would rather be a superb meteor, every atom of me in magnificent glow, than a sleepy and permanent planet. The function of man is to live, not to exist. I shall not waste my days trying to prolong them. I shall use my time.   I’d rather sing one wild song and burst my heart with it, than live a thousand years watching my digestion and being afraid…”

We cranked the bikes off the Alaska Highway into deep forest green.  It’s a lonely road all the way to Dawson City.  You must prepare with plenty of food, water filter and bear spray (two cans), and you must follow the “rules of the wilderness.”  I don’t mind saying that we kept our eyes peeled for grizzlies.  And, camping, well, that’s a test of nerves.  We ate in one spot, hung our food 300 feet from that spot, and pitched the tents 300 feet from the food spot.  During the night, which is really all day, our ears perked to any sound on the perimeter of our camping spot.

I’ve been confronted by two grizzlies twice in the Yukon, and lived, but that’s another story.

Riding into Dawson City, you ride into history.  The 1897-98 gold rush drew 100,000 adventure seekers and prospectors.  You still see them today as they walk the gravel streets of the city.  Many of the old buildings still stand like the church, Diamond Tooth Gerdie’s and hardware stores.  Additionally, we watched the Yukon River slide past the city where an old Keno steam paddle-wheeler docked.

Right next to it, a three-story stone building, abandoned, stood just off the main street.  We rolled our bikes over to a plaque on the side of the building.

“I’ll be damned,” I said.  “The poet of the Yukon, Robert Service was a bank teller here. He wrote ‘The shooting of Dan McGrew and The Cremation of Sam McGee while on his lunch breaks….I’m pretty sure he wrote the ‘Spell of the Yukon’, here, too.”

An old bearded guy walked up to us, “Do you know much about Robert Service?” he asked.

The summer no sweeter than ever,
The sun shinny woods all athrill;
The grayling aleap in the river,
The big horn asleep on the hill.

It’s the strong life that never knows harness,
It’s the wilds where the caribou call;
It’s the freshness, the freedom the farness,
Oh God! How I’m stuck on it all.

“Not bad for a tourist,” he said.  “Have you visited his cabin or Jack London’s when they lived here?”

“Just take the main street up to 9th and turn right,” he said.  “You’ll run into their cabins.”

We rolled down through town until 9th Street, and took a right.  Within a quarter mile, we spied a small log cabin sat on a hill alongside a smaller one. The larger cabin belonged to Robert Service, about 350 square feet, and the smaller cabin about 100 square feet, belonged to Jack London.  Both housed pot belly stoves, a bunk and table with pots and pans.

“This is where they lived, wrote and created some of the greatest works in American literature,” I said.

“You got that right,” Don said.  “I’ve read everything Jack London ever wrote.  If you haven’t read ‘Call of the Wild’, you haven’t lived.”

Right here London wrote about adventure, “He was mastered by the sheer surging of life, the tidal wave of being, the perfect joy of each separate muscle, joint, and sinew in that it was everything that was not death, that it was aglow and rampant, expressing itself in movement, flying exultantly under the stars.”

As I stood there with my friends, a gentle feeling of universal energy coursed through my mind. I took pictures of London and Service’s cabins.  Their works resonated in my mind as I’ve read everything they wrote and everything about them.  I felt that ‘surging of life’ on the road on my bike.  I felt that rampant glow of living coursing through my legs.  I understood what those two men expressed in words and poetry.

“There is an ecstasy that marks the summit of life, and beyond which life cannot rise. And such is the paradox of living, this ecstasy comes when one is most alive, and it comes as a complete forgetfulness that one is alive.  This ecstasy, this forgetfulness of living, comes to the artist, caught up and out of himself or herself in a sheet of flame; it comes to the soldier, war-mad in a stricken field and refusing quarter; and it came to Buck, leading the pack, sounding the old wolf-cry, straining after the food that was alive and that fled swiftly before him through the moonlight.”  ― Jack London, The Call of the Wild

Because what they understood in their time, I understood in my time. It’s called ‘creative living’ and it offers a dinner table feast for a man or woman’s desires to experience the ‘sheer surging of life’ through their bodies, minds and spirits.

These are the moments of jewelry flooding into my mind and heart. 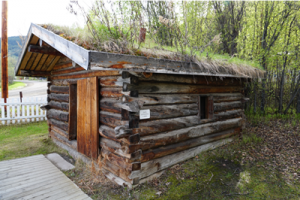 London even wrote about bicycling: “Ever bike? Now that’s something that makes life worth living!  Oh, to just grip your handlebars and lay down to it, and go ripping and tearing through streets and road, over railroad tracks and bridges, threading crowds, avoiding collisions, at twenty miles or more an hour, and wondering all the time when you’re going to smash up. Well, now, that’s something! And then go home again after three hours of it…and then to think that tomorrow I can do it all over again!”