Bewildered by what fanatic Muslims do, some conclude that Muslims are brainwashed. Otherwise, how can their totally illogical belief system and barbaric behavior be explained? But the notion of “brainwashing” that is bandied about is the stuff of science fiction and Hollywood movies such as The Manchurian Candidate.

The human person arrives in this world with his brains already washed in the sense of being what John Locke called tabula rasa, or “clean slate” — ready to be imprinted by experience. John Locke was only partly correct; the brain also arrives with numerous predispositions already in place. It is a combination of life’s influences and a person’s own decisions that determine which of these dispositions develop and which ones fail. It is through this process that a unique human being is formed.

Many animals come with already-in-place programs that automatically run much of their lives. Birds’ migration, mating courtship, and thousands of other complex behaviors are instances of this type of specific programming. A catchword for this type of behavior is “instinct.” As a general rule, the higher the organism, the more diminished its rigid pre-programming and the greater its latitude to exercise choices.

Making choices depends on what there is to choose from and to what extent a given choice appeals to the chooser. And the human newborn enters the arena of life without the means of being anything other than a passive recipient of “things” already chosen for him.

It is like the old joke by Henry Ford, who reportedly told his customers that they could have the choice of color for their car as long as it was black. Things are almost as bleak for the new arrival. He had no say in choosing his parents, his socioeconomic condition, his environment of birth, and much more. All are already in place, and he starts life from the context of his birth.

The development of a newborn in any family is importantly influenced by many factors, among them how hands-on the parents are, how religious they are, and how severely they micromanage him in an attempt to make him not only a good person, but also a better one than they themselves are.

Parents tend to live vicariously through their children by programming them the best they can so the children become or achieve much of what the parents themselves failed to become or to accomplish. 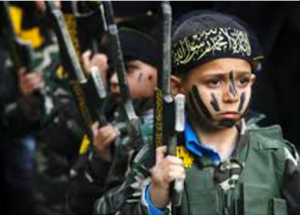 This attitude covers all areas of life, such as giving the child the education they didn’t have, helping him with fame and fortune, nurturing him to become a topnotch athlete, and so forth.

It is a fact that early influences play a cardinal role in shaping a person. For this reason, for instance, the overwhelming majority of Muslims have been born into Muslim families, Catholics into Catholic families, Hindus into Hindu families, and so on. It is also a fact that the degree of religiosity ranges from mild to strong, with most people falling somewhere between the two extremes.

Interestingly, two siblings raised by the same set of parents under the same influences may end up at the opposite extremes in their religious views and practices. It is here that the human dynamic of freedom of choice comes into play and steers two people to opposite extremes. Occasional extreme deviations notwithstanding, the great majority of siblings of a given family end up with various degrees of that family’s overall religious and other values. The same general principle of subscribing to a set of common values exists in all human groupings, in some cases with a broad flexibility and inclusiveness, while in others with rigidity and exclusivity. 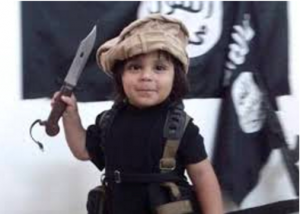 In order to enjoy the privileges of belonging to a group, the person must also pay his membership dues.

Beginning with the minute he can make some sense of the world, the very young human faces a bewildering array of mysteries, challenges, and enticements. There are questions, fears, and hopes at every step, entangled with the need to survive and possibly thrive.

Who am I? What is this world all about? What’s the purpose? What am I supposed to do and how? Where am I headed? People die; where do they go? And on and on and on. The information booths available to him in the fairground of life provide him with answers that may help relieve his innate existential anxiety. And it is here that religion plays its critical role and holds a great appeal. Religion provides a surefire answer to those who are willing to take it on faith.

And Islam is a powerful magnet for the masses who are unable to deal with the uncertainties of life and death on their own. It is from this population, many already thoroughly indoctrinated from birth, that the majority of diehard jihadists emerge.

The jihadist makes a bargain: He surrenders totally to the religion of surrender in exchange for blanket security. Islam gives him all the answers he seeks for dealing with this world and promises him a most lush and eternal paradise of Allah once he leaves it. And leaving this world in perfect submission as the foot-soldier of the paradise’s creator gives the faithful jihadist an unimaginably glorious and sensual eternal reward in his next life. It’s a bargain that some buy in whole, some in part. Others refuse it and seek other means of dealing with their questions and their unrelenting existential anxiety.

The great majority of jihadists emerge from the ranks of those born into the religion of Islam simply because they are the ones most thoroughly indoctrinated and influenced by Islamic dogma in their most receptive early years. Yet there are others who embrace Islam in adulthood, on their own, and enlist themselves as devoted jihadists for the same rewards that Islam offers.

Islam has a great advantage of the first call on the new arrival. It is an omnipresent system with masses of believers, mosques, and madrasahs, and a host of other social and economic organizations that overpower the person and steer him into the same fold. It is a sea of people who seem to know what they are all about, what life and death are all about, and what one must do in general.

Within this sea of surging humanity composed of some 1.5 billion Muslims, each individual believer (a drop), through a combination of choice and forces beyond his control, ends up in one of its many waves. It is the jihadist wave that is highly attractive to the deeply-indoctrinated and poorly-adjusted in dealing rationally and independently with life. Here, such people find the ironclad, perfect solution to their anxieties and perplexities.

To a jihadist, death is nothing more than casting off a shell of worthless earthly existence and donning the suit for winging joyously to the life of bliss promised by none other than Allah’s beloved final emissary, Muhammad.

America must come to terms with the reality that orthodox Islam requires unceasing jihad. Eradication of jihadism is a daunting task. Massive education efforts combined with resolute confrontation of all sources and people that support and promote this deadly philosophy holds the best promise of dealing effectively with this affliction.

In the monumental task of dealing with jihadism, every individual, group, and government particularly in the West must combine resources and energies to prevail. The destiny of the civilized world hangs in the balance.