The criminal investigation into Biden also includes his activities in the Ukraine. “Ukrainian witnesses are cooperating,” says Paul Sperry.

House investigators on Tuesday joined the Senate in asking the FBI to look into the Biden’s suspected criminal history. 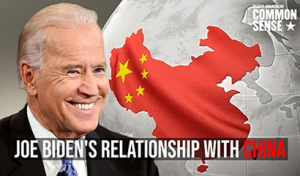 President Trump on Wednesday accused Biden, Hillary and Obama of leading a “treasonous plot” and said Biden shouldn’t even be allowed to run for president.

“Wow!!! NOW DO SOMETHING ABOUT THIS, THE BIGGEST OF ALL POLITICAL SCANDALS (IN HISTORY)!!! BIDEN, OBAMA AND CROOKED HILLARY LED THIS TREASONOUS PLOT!!! BIDEN SHOULDN’T BE ALLOWED TO RUN – GOT CAUGHT!!!” stated President Trump on his @realDonaldTrump Twitter page.

President Trump on Wednesday accused Biden, Hillary and Obama of leading a “treasonous plot” and said Biden shouldn’t even be allowed to run for president.

Last week the Senate released a report on the Bidens and notably Hunter Biden’s actions while his dad was Obama’s Vice President.

The President’s Tweet added: “I look at Hunter Biden today, where he stole millions of dollars, stole millions,” Trump claimed. “His father should leave the campaign because his father was in on it.”He added: “His father knew everything.” 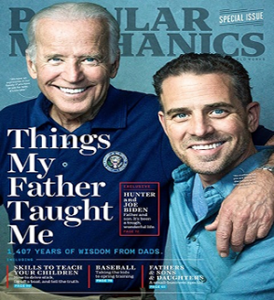 President Trump was referring to a report from the Republican members sitting on the Senate Homeland Security and Finance Committees during their investigation into the Hunter Biden’s role on the board of the Ukrainian company Burisma Holdings, as well as his alleged “extensive and complex financial transactions.”

According to the report, an investment firm co-founded by Hunter Biden, Rosemont Seneca Thornton, “received $3.5 million in a wire transfer” from Elena Baturina, the wife of the former mayor of the Russian capital.

The Obama White House, Joe Biden, and Hunter Biden allegedly bilked the Ukrainian government and its taxpayers out of $17.5 million, according to new documents Ukrainian officials and presidential lawyer Rudy Giuliani have begun to reveal.

U.S. Sen. Ron Johnson (R-Wis.), chairman of the Senate Homeland Security and Governmental Affairs Committee, published a column on FoxNews.com on the mainstream media’s approach to his committee’s recent findings about the involvement of Joe Biden’s family with corrupt foreign individuals.

After Sen. Chuck Grassley, R-Iowa and I published our committees’ findings of the sordid involvement of Joe Biden’s family with corrupt foreign oligarchs and officials, some big-name news outlets made a show of reacting with exaggerated yawns.

Our report in fact conveys a great deal of newly uncovered information, so if the legacy media claim there’s nothing new, it means either that they didn’t read our report or they’re not being honest.

Why did it fall to our committees to detail the payments from people running Chinese state-owned enterprises to the son of a potential future president? Why didn’t the legacy media bring this to light? The answer is that either the information we uncovered is indeed news — or the news outlets dismissing it were derelict in their duty.