This is the time of the year that the air is filled with joy and recognition of America’s Independence Day and the formation of one of the greatest nations on Earth. There is something for everyone: spectacular fireworks, family and friends’ gatherings, concerts, patriotic music, parades, and traditional BBQ.

It puts most of us in a reflective mood, particularly when we celebrate America’s birthday. Freedom, individual liberty, the Declaration of Independence, and the Constitution. All prodigiously good reasons to celebrate on America’s 246th birthday. 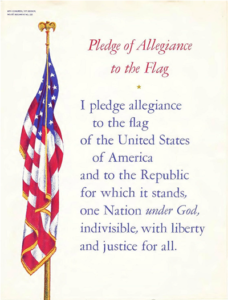 Yet, I am also disappointed to see the reality of the world as it is, particularly with what the current Democrat Party is doing to this nation of all nations. For decades, the Democrat Party has shown by both words and deeds that they despise the U.S. Constitution while they bend over backward to embrace Islamists, illegal aliens, and anyone who hates America and feels entitled. The left is interested only in power, control, and nothing else — even if it means sacrificing our safety and national security.

Creeping socialism, communism, liberalism, progressivism, New World Order (NWO) Globalists, and the American ‘Democrat Party’ are riding on a fast train to erode much of the foundation of this nation. A nation that is the best hope of all free people. Tragically, a terrible course was set in motion during Obama’s presidency. We have already seen the devastating impact of Obama’s redistributionist government. The Biden Administration continues Obama’s ‘Fundamental Transformation of America.

“A global pandemic and the Biden administration has given Obama & Co. the opportunity to undo the prosperity of the Trump years and move forward with their plans to remake the U.S. into a “green” socialist Utopia, the damage to actual Americans’ lives and businesses be damned”

I would like to join all of you in the celebration of the birth of this great nation. Yet, deep in my soul, I find it also my solemn duty to keep sounding the alarm about the fire of Marxism and communism even at this poignant moment during our 4th of July celebrations.

As Ronald Reagan once said: Let the Fourth of July always be a reminder that here in this land, for the first time, it was decided that man is born with certain God-given rights; that government is only a convenience created and managed by the people, with no powers of its own except those voluntarily granted to it by the people.” 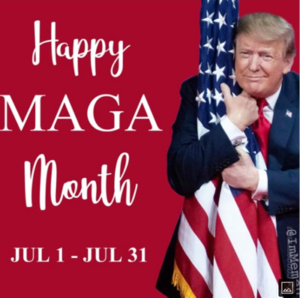 I am for unity under just one banner: freedom. Any idea or action that separates people into warring camps and builds walls of separation is abhorrent to me. Marxist Democrats have degenerated into a force for oppression, segregation, and tyranny and I find it necessary to expose the harm it inflicts on fellow Americans.

This Democrat Party no longer hides its agenda. They now openly encourage millions of illegal aliens to violate our laws and break into our country, and they want to sign them up for free welfare, free health care, free education, and the right to vote — with the help of their ace in the hole, the “Fake News” media and RINO’s (Republicans In Name Only). It is obvious that the Democrat Party is at war with America, and is not interested in stopping any time soon.

As for politics, there are really no saints in this line of work — Democrats, republicans, or whatever. It is sad, but a fact that politics is dirty, parochial, and divisive. I am asking you not to make any decisions based on emotion. We must remain united and win this battle peacefully and wisely.

In 1776, our Founders stood up, put their lives and fortunes on the line and declared their freedom and independence from the chains and shackles of the King of England. I hope all Americans, once again, unite for the love of freedom and are willing to stand up and declare their Freedom and Independence, not from England, but from the chains and shackles of our own government and its lackeys.

In short, Americans have an illegitimate President and a federal government that has revealed itself to be punitive to its citizens; taking unconstitutional measures and issuing orders that amount to nothing short of federally mandated self-destruction. Nonetheless, first things first. Our highest priority is the preservation of this nation of the free. We have done what it took in the past and we must do what it takes now and into the future to safeguard our precious liberty. America is not perfect. Yet, it is the very best hope for a humanity struggling to find its humanness. We must promote the work of the good by unifying our fellow Americans to save America from fading away. America is worth defending.