Home/December 2018, Opinions/Justice And The Rule Of Law No Longer Exists In America

Justice And The Rule Of Law No Longer Exists In America

Judge Sullivan was confused, abusive, careless and unfamiliar with the case. The hearing was a disgrace and an assault on an American hero. But some place the blame where it is due – the Mueller gang of Democrat thugs. — Gateway Pundit

Be not intimidated…nor suffer yourselves to be wheedled out of your liberties by any pretense of politeness, delicacy, or decency. These, as they are often used, are but three different names for hypocrisy, chicanery and cowardice.” — John Adams.

General Michael Flynn’s recent sentencing hearing in front of Judge Emmet Sullivan was a total fiasco.  Judge Sullivan damaged his own reputation with an extraordinary public attack on the former national security adviser for a crime he’s never been charged with.  What a disgrace this psychotic 1994 Clinton appointed Judge made of himself. 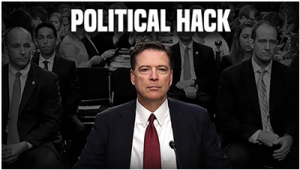 Judge Sullivan obviously has not heard what former Director of the FBI, James Comey admitted on MSNBC. Comey said he took advantage of the neophyte Trump White House and its staff, and sent the agents to interview Flynn. “I thought: It’s early enough, let’s just send a couple guys over.”  Comey bragged that this was “something I probably wouldn’t have done or maybe gotten away with in a more organized administration.”

The day after General Flynn’s hearing, Washington Federal Judge Sullivan declared unlawful a set of new restrictions the Trump administration imposed on immigrants seeking asylum in the U.S. on the basis of domestic violence and fear of gangs. Sullivan actually ordered deported asylum seekers to be returned to the U.S. in a Trump administration rebuke.  Link

During General Flynn’s hearing, Judge Sullivan repeatedly asked the General if he wanted to change his plea to not guilty.  Sullivan said he was prepared to have the General change his plea or even ask for a dismissal of the charges.  The General answered, “No” every time.  Sullivan posed the question because the General’s attorney, Mr. Kelner, had exposed in a memorandum that former Deputy Attorney General Andrew McCabe had suggested to Flynn during a phone conversation that he didn’t need a lawyer present during his initial interview with the bureau.  Link

The Judge then seemed to lose his cool.

“I’m not hiding my disgust, my disdain for your criminal offense,” Sullivan told Flynn. “Arguably, you sold your country out. … In the White House! In the West Wing!  All along, you were an unregistered agent of a foreign country while serving as the National Security Adviser to the President of the United States. That undermines everything this flag over here stands for,” said the judge. He also used the words “treason” and “treasonous,” but later walked back his statement.

Robert Mueller has never charged the General with any treasonous act, and with violating the Foreign Agents Registration Act (FARA) even though Michael Flynn did represent the government of Turkey before he joined the Trump Administration.  The judge berated the defendant for crimes he never committed and in doing so spread false information.

Sullivan attacked one of America’s most beloved veterans, and he made a total fool out of himself calling General Flynn treasonous.  Not only was this an egregious affront to Michael Flynn who gave 33 years of his life serving this nation, more than five of those years away from his family, but it was an affront to the General’s family, friends, and the veterans who have served under this brilliant intelligence officer and who greatly respect him.

Sullivan is best known for overseeing the Mueller FBI prosecution of the late Sen. Ted Stevens who was falsely convicted in 2008 of accepting and concealing thousands of dollars in free home renovations.  The Judge later threw out the conviction when he learned exculpatory evidence proving the Senator’s innocence had not been shared with the defense.  One would think he’d have learned the modus operandi of Mueller and his FBI Pitbull, Andrew Weissman.

In 2015 this same Judge threatened to hold the IRS commissioner in contempt of court when the agency didn’t comply with an order to provide documents.  Yet, he let slide Mueller’s failure to produce the original 302s of Flynn’s FBI interview for this hearing.

On Monday, just in time for General Flynn’s sentencing, prosecutors in Virginia unveiled FARA charges against two former Flynn associates, accusing them of illegally lobbying for Turkey. The timing was neither coincidental nor accidental.

An indictment unsealed Monday showed authorities charged Flynn’s former business associates, Bijan Kian, 66, and Turkish businessman Kamil Ekim Alptekin, 41, with conspiracy, acting in the U.S. as illegal agents of the government of Turkey and making false statements to the FBI.  DOJ officials said Kian and Alptekin were accused of conspiring to “covertly influence U.S. politicians and public opinion” for the Turkish government.  Flynn’s company was hired to polish Turkey’s image after an alleged botched coup by America’s Mullah Fethullah Gulen and was.  He was paid $530,000.

General Flynn knew of Mullah Fethullah Gulen’s 200 charter schools throughout America, including one on Nellis Air Force Base in southern Nevada.  The Nellis AFB has military schools and more squadrons than any other USAF base.

Gulen’s charter schools have innocuous names absent of any Islamic associations. Tax dollars fund these schools.   In late 2016, General Flynn wrote an op-ed in The Hill about Turkey’s Erdogan and Fethullah Gulen.

Gulen was brought into America during the Clinton Administration. Bill Clinton’s White House, the State Department and the Justice Department’s Janet Reno provided the infamous mullah and his terrorism-heroin operations with blanket immunity and protection.  Clinton’s hand-picked CIA handlers, Graham Fuller and Mark Grossman, were selected to manage and direct Gulen’s cells in the U.S. and abroad.  Link

Former CIA Director James Woolsey noticed the lucrative lobbying position already under contract with Gen. Flynn’s company, Flynn Intel Group, and attempted to steal it out from under him at a price 20 times higher, telling the Turkish businessmen he could do a better job.  He was passed over for a position in the Trump campaign, and the Turks turned him down. Did he retaliate against Flynn?  Perhaps, as Woolsey spoke with Mueller many times. 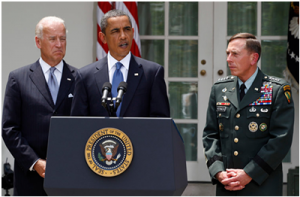 In March 2015, David Petraeus, a retired four star general, one-time director of the CIA, and former US commander in Iraq and Afghanistan, pleaded guilty to a single misdemeanor charge of mishandling classified information.  Petraeus had given handwritten notebooks containing “code words for secret intelligence programs, the identities of covert officers, war strategy and deliberative discussions with the National Security Council” to his biographer Paula Broadwell — who was also his mistress.

Because of Petraeus’ position as one of the country’s most important intelligence officials, the sensitivity of the information he gave Broadwell, and the fact that he apparently lied to FBI investigators about giving Broadwell any classified information whatsoever, many believed that Petraeus deserved something more than the $100,000 fine and two years of probation he eventually received.  Link  And yes, Petraeus did get in trouble for far less than what Hillary Clinton did.  Robert Mueller’s good friend, James Comey was the Director of the FBI at the time.

For lying after stealing highly classified documents from the National Archives former Clinton national security adviser and Kerry campaign adviser Sandy Berger received a small fine and slap on the wrist. On July 19, 2004, it was revealed that the United States Department of Justice was investigating Berger for unauthorized removal of classified documents in October 2003 from a National Archives reading room prior to testifying before the 9/11 Commission.

For this crime, he paid $10,000 and received no jail time, yet Martha Stewart spent time in prison for lying to federal investigators. Berger’s security clearance was suspended until the end of the Bush administration, meaningless for a career Democrat like Mr. Berger. One wonders who at the Department of Justice is responsible for letting such a serious offense go virtually unpunished.  You guessed it, Robert Mueller was the FBI Director.  Link

The General has pleaded guilty to lying to the FBI, has cooperated with Mueller, both sides agreed he shouldn’t get jail time, and the sentencing hearing was just a formality.  Until it wasn’t.  Unlike Berger and Petraeus, Michael Flynn is far more dangerous to the corrupt intelligence cabal.

We believed this trial for General Flynn would be over until this deranged Judge threw everything to the wind and accused the three-star General of heinous acts he has never committed.

Michael Flynn is between a rock and a hard place.  Everyone who has watched the railroading of Donald Trump’s finest administrative choice knows the General never lied to anyone.  Mueller’s 30-year modus operandi has been to pressure and threaten those he wishes to destroy until they plea to a crime to escape the harassment.

Mike could have told the Judge that he was set-up and trapped by the FBI, that he was innocent and wanted to amend his guilty plea and ask for a dismissal, but that would guarantee more charges most likely regarding his business affiliation with Turkish businessmen or charges against his son, his wife, or his extended family. What was the General to do but fall on his sword to protect his family?

To escape this continuous legal nightmare, General Michael Flynn pled guilty to something he was never guilty of to begin with.  This court hearing in front of Judge Sullivan should have exonerated the General and freed him, but the Judge failed in his duties and this living hell continues for Flynn and his family.

The buck stops with Donald J. Trump.  He could have legally put an end to this nightmare long ago.  He is endowed by the Constitution with the authority to do so, and is in charge of the corrupt DOJ apparatus and does not have to obey these federal district judges.  He can fight back!

FBI Agents Joe Pientka and Peter Strzok interviewed General Flynn in his White House office.  The FBI refused to allow Pientka to testify for Mike Flynn and tell the court that Mike had not lied.  Our President has the right to demand Pientka testify under Article 2, Section 3 of the Constitution.  He has been silent.

President Trump has declined to protect those who have campaigned and worked for him.  He hires from the establishment, many of whom came from the Bush administrations and we all know the Bush families voted for Hillary. Trump’s advisers are much the same.  His attorneys are 3rd rate if even that.  Had he hired superb legal counselors, and there are many, they would have told him that he has the total and complete authority to stop Mueller’s wrecking ball.  Yet, he does nothing.

The destruction of one of the finest American veterans may result in prison time for him because the rule of law and true justice seem to longer exist in America.