By Rev. Austin Miles|2018-09-22T01:00:17-04:00September 22nd, 2018|
Christine Blasey Ford, who suddenly remembered that 36 years ago, as a teenager in high school, Supreme Court nominee, Brett Kavanaugh, also a high school student at that time, attempted to rape her. She also tried to convince us all that he was a fall down drunk at the time. Haven’t we gone through something similar before?
Naturally all the left leaning media headlined this story for days on end in an attempt to torpedo Brett Kavanagh’s Supreme Court confirmation which Communist Democrats fear would end Roe Vs. Wade which legalized the cruel slaughter of millions of pre-born babies.
This is a literary example of creating details in order to advance the story line. Authors of fiction do this all the time.
First of all, Judge Kavanaugh is and was very good looking with a winning personality.  He did not have to rape anyone.  Furthermore, having done a diligent search, we found no record of Judge Kavanaugh having a drinking problem. 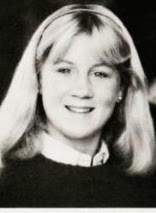 The only one here who has a problem is this accuser, Christine Blasey Ford who was unable to name the exact year this attempted rape took place, where it happened, or how she got home. She babbled on that there was another person in the room, Mark Judge, also drunk. However, Mark Judge said that the accuser is absolutely nuts, that this entire imagined episode did not happen. He was not in that room.
Furthermore, Ford told the Washington Post that she did not recall exactly who owned the house, how she came to be at the house, or how the gathering was arranged, a gathering that increased in number during the spinning of this yarn.  Even with a total lack of details, the Washington Post chose to run with this ‘story.’
She said she remembered only that the house was in Montgomery County near a country club, and that parents were not present. She could not provide any key details of the supposed incident. Plus, she did not tell anyone else about an attempted violent rape where she feared for her life.  Nobody would have just let this go without telling someone or contacting authorities.
And it is amazing that these teenagers were in that house alone with no adults present. So where did those teens get the booze?
It is to be noted that this accuser, Dr. Christine Blasey Ford strongly supports the Democratic Party and hates President Trump.  Any further questions?
She also works as a ‘professor’ of Psychology at a California University at Palo Alto. Hence the “doctor” title. Universities in California are Communist indoctrination centers. However it is to be noted that anyone trained in clinical psychology know how to beat a lie detector test which keeps her safe.
Meanwhile 65 women have signed a declaration that Judge Kavanaugh is and has always been a good man with manners.
Now, for the REST of the story. Was all of this a revenge plot against Judge Kavanaugh’s mother, also a judge, for ruling against her parents in a Foreclosure case in 1996? A couple of friends sent me this info. Before doing anything with it, this writer did a search and learned that this information is indeed accurate. And again, nothing could be found regarding Judge Kavanaugh’s supposed drinking and getting drunk.
Here are the details;
Martha G.Kavanaugh, the mother of Brett Kavanaugh, was a Maryland district judge in 1996 and was given a foreclosure case in which Christine Blasey-Ford’s parents were the defendants.
Now it all becomes clear. Christine Blasey-Ford is going after Judge Brett Kavanaugh, strictly for revenge against his family.
Christine Blasey-Ford (remember that name) is going after Brett Kavanaugh out of spite and revenge for a case ruled on by Brett Kavanaugh’s mother, Martha, who was Montgomery County Circuit Court judge from 1993 until she retired in 2001. This foreclosure case against Paula K. Blasey and Ralph G. Blasey was opened on August 8.1996. The case number is”: 156006V.
And remember the timing of this nefarious action exploded within days of the confirmation hearings. How convenient.  Parents, get your kids out of that California University where this…(rhymes with witch) controls the minds of your kids and shows the application of lying while offending God for “bearing false witness.”  This is a serious offense to God and it will be a terrifying moment when she faces Him.
Here are some of the references in The Bible concerning the sin of “bearing false witness,” which is part of the 10 Commandments.
Proverbs: 19:5
Exodus 20:16
Revelation 21:8
Matthew 19:18
1John 4:1
Romans 13:9
So this lying California professor doesn’t care that she has offended God and will face punishment, since she does not believe in God.  She WILL eventually in great terror.
And so will the Communist Democrats.
Readers, get on this. Contact your representatives in Washington, D.C. urging them to confirm Judge Kavanaugh for the U.S. Supreme Court without delay; to the editor of every newspaper who prints these demoncrap lies and tell them to cease and desist.
And this vicious democrat accuser MUST be charged with Defamatory Statements, which is actionable per se (in themselves) without proof of special damage. These are words imputing a crime (attempted rape), words disparaging a person in his trade (influencing a judicial appointment), business office or profession (He’s a judge), and it becomes “special Damage” as the victim could lose a Supreme Court Judgeship.
The law clearly states that the very intention of a crime is actionable. The intention of this defamation was clearly to torpedo Judge Kavanaugh’s Supreme Court Appointment.  Christine Blasey Ford must be charged and jailed.
Judge Brett Kavanaugh is a learned and respectable man who should not have to endure Democrat character assassination. He must be confirmed since his credentials are solid.
Don’t just sit there…..CHARGE!!
Photo Caption: Accuser  Dr. Christine Blasey Ford