Although it may appear that the only person being held up to intense scrutiny by the news media, both houses of Congress, and every Tom, Dick and Mary in the Democratic Party is President Donald Trump, according to law enforcement officers who spoke with the Newswithviews.com political correspondent. However, some lawmakers aren’t forgetting they work in the Washington, D.C. “swamp” complete with its unique swamp dwellers. 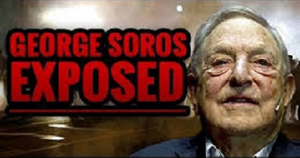 For example, some Republican senators are asking Secretary of State Rex Tillerson to investigate claims that U.S. taxpayer money is being used to back left-wing billionaire George Soros’ political meddling and similar efforts overseas.

A letter was sent to Secretary Tillerson asking for a probe into how U.S. funds are being used by agencies such as the United States Agency for International Development (USAID) to back left-wing political groups in other countries, while creating hatred towards the United States and its people.

Sen. Mike Lee, R-Utah, one of the co-signers, even said foreign officials and political leaders have come to him with “reports of U.S. activity in their respective countries.”

He said in a statement: “This includes reports of diplomats playing political favorites, USAID funds supporting extreme and sometimes violent political activists, and the US Government working to marginalize the moderates and conservatives in leadership roles. … This sort of political favoritism from our missions around the world is unacceptable.”

Big bucks from George Soros helped turn a Pennsylvania district attorney election on its head, in the latest example of the liberal billionaire’s influence in local U.S. politics.

On April 28, Soros poured nearly $1.5 million into the Philadelphia Justice and Public Safety PAC, which supported candidate Larry Krasner in the Democratic primary. Krasner won on Tuesday, and by a wide margin.

He is expected to win the general election this fall, as Philadelphia is a Democratic stronghold. How much of a difference the PAC money made is unclear, but the cash infusion helped pay for TV commercials, campaign literature, and online ads to promote the candidacy of the civil rights attorney who has never worked as a prosecutor.

The race marked the first time a super PAC has supported a D.A. candidate in Philadelphia.

“The Obama government has quietly spent millions of taxpayer dollars to destabilize the democratically elected, center-right government in Macedonia by colluding with left-wing billionaire philanthropist George Soros, records obtained by Judicial Watch show. Barack Obama’s U.S. Ambassador to Macedonia, Jess L. Baily, has worked behind the scenes with Soros’ Open Society Foundation to funnel large sums of American dollars for the cause, constituting an interference of the U.S. Ambassador in domestic political affairs in violation of the Vienna Convention on Diplomatic Relations,” reported Judicial Watch in a news release.

Despite the multitude of political activities by a multi-billionaire who funds numerous left-wing organizations in the United States — and donates to numerous others such as Black Lives Matter — there appears to be no government law enforcement or regulatory agencies probing even one of his suspicious money trails. While the IRS allegedly violated the rights of nonprofit, conservative groups by secretly stonewalling tax exempt requests, Soros has never been the subject of such an investigation by that agency or anyone else within the federal government labyrinth.

But on Wednesday, officials with the nonpartisan Judicial Watch notified the news media that they had filed a Freedom of Information Act (FOIA) lawsuit against the Department of State and its subsidiary U.S. Agency for International Development (USAID) for all materials regarding pay outs and political activities of Soros’ Open Society Foundation office located in Macedonia.  The Macedonia organization allegedly obtained close to $5 million from USAID between 2012 and 2016.

If the creator of the James Bond spy novels, Ian Fleming, were alive and writing a new thriller today, it wouldn’t be a stretch to believe he’d base his diabolical, untouchable villain on the life and activities of George Soros, including allegations of his being a Nazi-sympathizer

“Over the past few months. Elected officials and political leaders of foreign nations have been coming to me with disappointing news and reports of U.S. activity in their respective countries. This includes reports of diplomats playing political favorites, USAID funds supporting extreme and sometimes violent political activists, and the U.S. government working to marginalize the moderates and conservatives in leadership roles.”

“This sort of political favoritism from our missions around the world is unacceptable and endangers our bilateral relationships,” Sen. Lee added.