Home/May 2019, Opinions/Lest We Forget The Heroes Of America’s Silent Revolution

Lest We Forget The Heroes Of America’s Silent Revolution

“The Framers of the Constitution knew that free speech is the friend of change and revolution.  But they also knew that it is always the deadliest enemy of tyranny.” —Hugo Black – Former U. S. Senator and Associate Justice of the U. S. Supreme Court (1937 – 1971)

History, like a bubbling brook, flows forever from the past, to the present and finally into the future, twisting and turning, taking numerous detours, but slowly fading into a ghostly oblivion that will be mostly forgotten by the masses.  It moves in fits and starts, with moments of interminable boredom and every now and then, punctuated by cataclysmic events.

Human memory floats from event to event, flushing out past events and replacing old ones with the new ones.  We constantly are reminded of Hitler’s Holocaust because it was so horrific that it requires pushing and prodding almost daily, so that such an event never occurs again, even though smaller Holocausts, or ethnic cleansing, are happening all over the planet at this very minute.

But some of the little events in history deserve to be re-visited often so that we remember why the event happened and a collective pledge to see that it isn’t repeated. 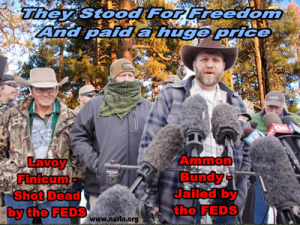 All news is history, since it has already happened.  Current history is a sound bite and video clip on a TV screen, or an utterance on a radio station, or words in a daily newspaper that are forgotten by the next day, unless of course the history is kept alive because of its global importance ….. or for a political agenda.

How many of you are tired of hearing about the Mueller Report on collusion and the political aftermath?  It is incessantly kept alive by a 24 hourly barrage of seemingly never-ending meaningless drivel from a politician, or some news anchor with a wild-eyed opinion, bereft of fact but oozing with political bias.

As history flows by it isn’t readily apparent to the masses that a silent revolution is now inexorably moving along under the surface where its effects aren’t felt (yet!) on a national, or even a regional scale.  Across the board, people are angry and that anger leads to action, both peaceful and violent.  The peaceful actions receive short shrift, while the violent ones reach the national news and appear on nightly newscasts.  Millions of Americans are angry for all the wrong reasons, while millions more are angry over the loss of freedom and the insane policies and legislation being put forth by hollow politicians, trolling for votes.  You know who they are!

Some of those millions bemoaning the loss of their freedoms are taking action.  Clueless critics call their actions misguided, or even illegal.  Such is the case of those who dare to challenge government authority and pay a huge price for so doing.  Some have paid the ultimate price, like Lavoy Finicum shot dead (executed) by state or federal agents, on a lonely, snow-covered stretch of a southern Oregon highway.  His crime was occupying the Oregon Malheur Nature Wildlife Preserve with Ammon Bundy and some other cowboys and girls that have grown tired and weary of government overreach and outright tyranny.  They were there protesting the incarceration of fellow Oregon ranchers Dwight Hammond and his son, for the made-up federal crime of terrorist arson.  The Bureau of Land Management (BLM) was mad at the Hammonds for not turning their property over to the government and found a way to get even.   Some have said that there was Uranium on the Hammonds land and the government wanted it, even if they had to throw the Hammonds in jail to get it.  Fortunately, President Trump pardoned them.

The only way Filicum, Bundy and the others could bring attention to their protest was to make the national news.  The only way to make the national news was to commit an act of open and notorious resistance to a government that has lost all allegiance to the U. S. Constitution.  For that, government agents shot down Lavoy, leaving a widow, a bunch of children and a ranch without a male head of household.

To many Westerners, Lavoy Finicum was a hero, not a villain, or a criminal.  Of course Lavoy wasn’t perfect and he had a lot of flaws.  But then no one is.  Nevertheless, knowing full well that his actions could bring harm to himself and embarrass his family, he took the risk anyway.  The risk he took for freedom and resisting government abuse was the loss of his life.  How dare he have the audacity to challenge all-mighty government!  But the truth is, government wouldn’t have so much power if more people, on a large enough scale, challenged government every day.

All across America little acts of resistance to the loss of freedoms are playing themselves out in state after state, county after county and city after city.  Most resistance never even makes the local news, much less the national news.

Hardest hit are those who choose to make their living off the land.  For the alleged environmental “crime” of tilling the soil, or raising livestock, government is crushing them with regulations, fines, penalties and sometimes incarceration.

In response to our article entitled, “Is the Great Western Rural Lifestyle Dying“, one farmer expressed his frustration and disdain:

“Our government is of the opinion that our environment and the species that inhabit it need to be protected.  Increasing buffer widths, over reaching and over lapping regulator agencies, and political agendas prevents one from doing the right thing when it comes to being a responsible steward.”

“Ten years ago, a three page hydraulic permit from the Washington Department of Fish and Wildlife at no cost, could be obtained in about six weeks to remove or replace a collapsed culvert within a fish stream.  Today, that same project will require permits from about six different agencies, cost thousands of dollars and take over two years to receive, if obtainable at all.  Government is more into the money flow to the bureaucracy than resolving an issue.”

“Fish numbers within our waterways are not increasing despite billions of dollars being spent on fish recovery.  As long as the money continues to flow without accountability, there will be no incentives to resolve the crisis.”

“The system is broken, the general public is clueless and unconcerned, and there is no desire to fix it.”

This farmer, dead on with his assessment of life in America and mad as Hell, is a silent hero, sewing the seeds of what could be the next revolution.

The socialist Democrats in America and their ignorant followers are doing everything in their power to tear down and abolish those institutions of freedom that were given birth from our Founding.  In their wake of destruction, millions of Americans are feeling the pinch.  They are frustrated and angry.

How quickly we forget the fight of those few that choose to preserve, protect and maintain those freedoms. All over America, those Vanguards of Freedom are risking everything, but none more so than America’s rural landowner.

The seeds of freedom were planted for us over 240 years ago on a new continent, full of promise and opportunity for those who were willing to pay the price.  The price to sow those seeds of freedom was steep indeed.  But the roots of those seeds still lie in each one of us today, whether we know they are there or not.  The courage that it took to plant those seeds of freedom is an integral part of our roots.  That is what separates us from peoples of all other countries on earth.  We have known true, individual freedom and once known, it will always seek higher ground, no matter the attempts by evildoers to contain or destroy it.

Unfortunately, that promise of freedom and the opportunities to prosper from it have in part become our undoing.  Our success has left us soft, blind, apathetic and vulnerable to the enemies of freedom.  We would rather unknowingly lose our freedom slowly, bit-by-bit, and seek security, than take the harsh road of defending that freedom, even though we know that, in the end, we make the wrong choice.  It is each generation’s solemn duty and obligation to defend that freedom, for their children and grand children.  We abdicate that duty and obligation to mindless apathy, fear, or the lust for “free” stuff from government.

So we ask each and every one of you to look in the mirror.  You know what is happening and yet you look the other way.  You know that our foreign and domestic enemies lurk in the shadows, ready to pounce, but you stick your head in the sand and pray that it won’t happen.  But just ask Roger Stone if it can happen.  You know that a fight is looming on the horizon, but you refuse to prepare for it.

Illegal aliens are overrunning our borders by the millions, at an unsustainable cost to legal Americans and a breakdown in the rule of law.  Our health care system is a dismal failure and pricing millions of Americans out of the system, while millions of the poor get their health care for free.  Our kids are being brainwashed by socialism and radical environmentalism in our schools.  Our roads, bridges and utilities are crumbling.  We let foreign powers run all over us in trade, that is until President Trump came along.  With all this staring Americans in the face and more, they just shrug it off and do nothing.  It’s way past time to do “something.”

Deep in your heart and mind are the roots of freedom and the courage to defend it.  Like a tree that gains sustenance for survival through its roots, we too can gain sustenance and courage from our roots in which resides the indelible memory of our hard-won freedom over two centuries ago.

Let us not forget the few heroes engaged in today’s silent revolution, heroes that have put everything on the line in the defense of freedom.  Let us never surrender to tyranny no matter what the cost.  Take one small step for freedom and display it for all to see.  Swear that “You Will Never Give In to Socialism and Government Tyranny, Or The One World Order.”

Through free speech, that is so far still free, and in the profound words of Associate Supreme Court Justice Hugo Black, we intend to be the undeterred enemy of tyranny.  Hopefully, we won’t be forced to do it ALONE where martyrdom becomes our enduring legacy?