No, this is not an April Fool’s Day joke. While all the buffoonery from the Hollywood trash and screeching by politicians in the Democratic/Communist Party USA continue over Mueller’s report, Americans continue trying to keep a roof over their head, food on the table and pay for other basic necessities.

I recently did two columns on what is being ignored: The national debt and the last sickening budget deal.

A few others are warning:

The True Size Of The U.S. National Debt, Including Unfunded Liabilities, Is 222 Trillion Dollars, March 28, 2019

Consider these updates as you read and hear the economy is booming:

Retail apocalypse? JCPenney, Payless, LifeWay announce 3,000+ combined store closures, March 29, 2019: “More than 41,000 people have lost their jobs in the retail industry so far this year — a 92 percent spike in layoffs since the same time last year, according to a new report.

“And the layoffs continue to mount, with JCPenney announcing this week it would be closing 18 stores in addition to three previously announced closures, as part of a “standard annual review.”

It’s not all about Amazon. When people don’t have extra money they don’t buy – especially when you become unemployed.

Yeah. It’s what happens when you cook the books: The Economy Grew Slower Than Previously Thought in the Fourth Quarter, March 28, 2019

Just Before The Great Recession, Mountains Of Unsold Goods Piled Up In U.S. Warehouses – And Now It Is Happening Again – Don’t skip this one.

Greyerz – The Most Important Chart Of This Century And What Will Take The World By Surprise, March 24, 2019

Housing Falters – Blame The Tax Changes?, March 26, 2019: “What this suggests to me is that Congress – by capping the write off of interest and local taxes – is “killing us softly” with a tax policy enacted well over a year ago amidst much fanfare and hype. Now we see the results.”

More foreign workers while laid off Americans who need any job to pay the rent and eat will go without:

“DHS Secretary Kirstjen Nielsen will allow the importation of 30,000 extra foreign laborers for landscapers, resorts, and other businesses despite President Donald Trump’s “Hire American” promise that has helped raise blue-collar wages by four percent in 2018.

71% Entering Employment Came from Outside Labor Force Under Trump, March 19, 2019

The horrific flooding last month in Iowa, Nebraska and surrounding states is going to have severe repercussions for our treasured farming and ranching families. Up to one million calves drowned and more than a million aces flooded. How heartbreaking that is for ranchers to find a way to bury all those calves and dead livestock.

I can’t even think about the thousands of doggies, cats and other animals that drowned. It goes without saying the human misery is off the charts. Our fellow Americans affected will be fighting for survival for a long time to come. Sadly, we are likely to see more of this:

If you think the cost of food has been going up, we will see even steeper prices due to all the flooding. Farmers and ranchers will have no choice if they are to survive.

I must repeat myself here: America became the greatest debt free nation on this earth because of our manufacturing, industrial and agricultural sectors. The U.S. Congress has destroyed them over the decades along with the unconstitutional, privately owned ‘Federal’ Reserve.

The American people kept reelecting the same SOBs who destroyed their job sectors. They continue to do so and worse by allegedly electing enough Democrats (socialists and communists) to control the U.S. House. Not that incumbent Republicans are much better as we slide down the slick path to financial ruin. Again.

Nowhere in Art. 1, Sec. 8 of the U.S. Constitution does it authorize Congress to regulate or control our agriculture. Period. The Agricultural Act of 1938 began the unconstitutional interference by the U.S. Congress kissed and blessed by both parties. Paired up with the ‘Fed’ ever since and what we have is a disaster for farmers and ranchers passed along to us.

From regulations choking our farmers and ranchers to death (as well as our fishing families), destructive agreements (NAFTA) and treaties, it’s a wonder any have survived. Every year House and Senate incumbents honk about how much money they are going to spend for some new farming bill. Just more Band Aids instead of sewing up the patient once and for all.

Obama-era rules jeopardize California farming – ‘If this unprecedented prosecution succeeds, it threatens nearly every farm in the U.S.’

It’s not just federal dragoons, it’s also local governments. I can tell you right now those who founded this constitutional republic wouldn’t have stood for this tyranny for five minutes.

“Tell them (the South Carolinians who wanted to nullify the Tariff Act of 1832) that I will hang the first man of them I can get my hands on to the first tree I can find.” —President Andy Jackson

Greenest US county sues man for growing too many organic veggies

Before the flooding I was paying $2.50 for a head of organic lettuce; a few days ago it bumped to $2.98 a head. That’s an increase of $.48 for just one item in my cart. Even lettuce grown in Mexico was running nearly $2.00 a head. I have not purchased ONE vegetable or piece of fruit from Mexico, Chile, Guatemala, Honduras or any other foreign country since NAFTA was signed into “law” in 1994. I support American farmers or I GO WITHOUT and I DO.

No way will I eat anything coming from those countries who do NOT have the same safeguards as our farmers are required to have for crops. In Mexico they grow fruits and vegetables near factories that dump their filthy water into canals for irrigation.

I don’t know about other South American countries but Mexico, Honduras, Guatemala and El Salvador have been deliberate facilitators of the human invasion of diseased free loaders flooding our borders. They don’t get my money.

The bottom line is it’s going to get a lot worse and Trump is going to be blamed. Bad new trade treaties and the ‘Fed’ coupled with the national debt (smaller government is nothing more than a campaign slogan) IS going to kill us. Again, I say, proceed with caution.

I have written before about the Fed & The Farmer. Deliberate destruction of that sector. Bring in the big mega corporations to feed you filthy, hormone packed animals and vegetables grown with deadly pesticides. Second jury verdict has come down: Jury Slams Monsanto With $80M Verdict in Roundup Cancer Case, March 27, 2019

The Fed is the head of the beast

“The greatest party battle centered around the Second Bank of the United States, a private corporation but virtually a Government-sponsored monopoly. When Jackson appeared hostile toward it, the Bank threw its power against him. Clay and Webster, who had acted as attorneys for the Bank, led the fight for its recharter in Congress. “The bank,” Jackson told Martin Van Buren, “is trying to kill me, but I will kill it!” Jackson, in vetoing the recharter bill, charged the Bank with undue economic privilege. His views won approval from the American electorate; in 1832 he polled more than 56 percent of the popular vote and almost five times as many electoral votes as Clay.

“Jackson met head-on the challenge of John C. Calhoun, leader of forces trying to rid themselves of a high protective tariff.

The Federal Reserve’s Controlled Demolition Of The Economy Is Almost Complete, March 28, 2019

Will The Fed Cut Interest Rates? Also, What Has Happened In Japan Is Stunning, March 26, 2019

The Global Economic Reset Begins With An Engineered Crash, March 13, 2019

Fed’s Evans says inflation could run to 2.5% before rate hikes are needed, March 25, 2019 – That’s right. Create inflation so we all get screwed.

President Trump has made some comments about the Fed; lately a few more have been trickling along as well as from his “advisers”.

President Trump: Replace The Dollar With Gold As The Global Currency To Make America Great Again

We are well past “End the Fed” although is should be done which I have explained in my Why A Bankrupt America booklet and the only solution left. 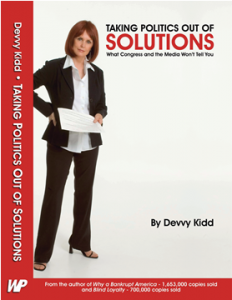 A dear friend of mine, Tom Selgas, put together a really great slide presentation on explaining the ‘silent theft’ of fiat currency. I urge you to take the time to look at his slide presentation because it is straightforward, concise and then send the link to mailing lists and social media.

State Police: I-68 shutdown was result of threat to kill President Trump, blow up Pentagon, March 27, 2019

Stop killing us: Final Solution to Glyphosate Question is Banning