Little House On The Prairie Now Declared Racist And Homophobic

By Rev. Austin Miles|2018-07-15T01:38:52-04:00July 15th, 2018|
Here is another classic series of books, made into a film series, that now must be burned, psychologically.  Not only does the headline display the (imagined) shocking details of this book series, it also has been kicked in the back cover for, now get this, ‘lack of inclusiveness.’  Inclusiveness was totally unknown in those days. Today it signifies LGBTQ which was not visible back then.
Author Laura Ingalls Wilder who wrote colorful books on frontier life, was such an esteemed author that the Association for Library Service to Children (ALSC) named their annual award for children’s book authors after her.
HOWEVER…..with the Soros Democrat-Communist puppeteers agitating blacks, homosexuals and misfits in general to declare war with anyone not looking or acting like them, they now want 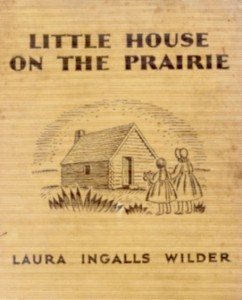 Americans to find fault with everyone with a fault-line that can be turned to hatred. The author of the classic, Little House on the Prairie, is the latest classic writer to be condemned for depicting (mentioning) the biases of a bygone era.
Biases’ and attitudes were very much a part of earlier life in America. To write about that time in history must be accurate to truly capture the thinking of that time in society along with the lives that the people lived.
Yet, The Association for Library Service to Children, voted over the weekend to remove Wilder’s name from the award, the Washington Post reports, and rename it,The Children’s Literature Legacy Award.
The Association cited “anti-Native and anti-Black sentiments in her work,” and that “includes expressions of stereotypical attitudes inconsistent  with ALSC’s core values of inclusiveness, integrity and respect and responsiveness.”
Remember the history of that time did not require inclusiveness (LGBTQ) and there was segregation during that time.
The “Little House” series told versions of Wilder’s own life, as her family traveled the United States’ western frontier in the nineteenth century. She once said, “In my own life, I represented a whole period of American history.”
The real issue just recently pounced upon by the Soros Democrat Communists is the fact that those stories often reflected the era’s prevailing attitudes about blacks and Native Americans, particularly the hatred and fear between settlers and natives.
As for the “lack of inclusiveness” complained about, there was no LGBTQ in those days and those who call themselves “gay” today and flaunt their deviant lifestyle, stayed invisible back then since that lifestyle was so repugnant to virtually everyone that violence could have resulted .
Among the offending passages are characters who say things like, “the only good Indian is a dead Indian” along with depictions of men wearing black face as part of minstrel shows. These were words and things people did in those frontier days. To attempt to cover up those feelings and actions in telling the story, is a perverted betrayal of depicting true history.
Life Site News where we were alerted to this story, said: “Recent years have seen a steady increase in academics, educators, and left-wing activists pushing to purge (delete) controversial cultural artifacts from modern institutions, others will say that whitewashing such works from the public memory does more harm than good.”
You bet it does. It serves to erase its own history which is deadly to any nation. How can a nation improve its presence in the world when it does not even know the accurate facts of its own history? 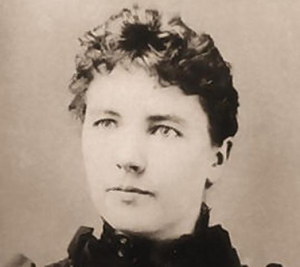 Author Laura Ingalls Wilder deserves continued recognition for supporting libraries and educational initiatives across America, and or representing “the ability of an individual to not only overcome a difficult past and upbringing, but also to tell the story of these obstacles so that future generations may grow and learn.
As for George Soros and his Communist Democrat Party, they will look for anything to criticize anything and anyone in order to agitate, divide and conquer. Yes, conquer. Soros is working to complete his New One World Government where he will sit on a throne as the emperor of the world, as soon as he manages to get the U.S., the only country standing in the way, to join the fold. And this will be accomplished by force.
This is why he is trying to erase the history of the U.S. and turn people against one another in order to weaken the country. Don’t let him do this. Meanwhile, push back and let your voices be heard about censoring a beautiful book.
We must stand against censorship which now is in full force on Facebook and other social media along with the so-called, Main Stream Media. This must be stopped when it comes to books.  It now feels like we are all back in the first century. Authors, arise. We must stand and protect our ground.
And stop this nonsense of being “Politically Correct.” Do you know who coined that phrase and used it to maintain his evil power?  Adolf Hitler.
And check this out: The then president of the ALSC Board of Directors was Nina Lindsay (March 2017-June 2018). The current ALSC president is Jamie Campbell Naidoo, author of children’s books, like Rainbow Family Collections: Selecting and Using Children’s Books with Lesbian, Gay, Bisexual, Transgender, and Queer Content.
This explains it all, which means that  The ALSC is floating in the clogged LGBTQETC toilet which is desperately attempting to relocate us all into that location. We cannot let that happen.
Perhaps Laura Ingalls Wilder would be pleased her name is no longer associated with an award from an organization like ALSC.
(1) Original “Little House” book cover
(2) Author Laura Ingalls Wilder
© 2018 Austin Miles – All Rights Reserved
E-Mail Austin Miles: chaplainmiles@aol.com