Making Sense Of The 2018 Mid-Term Elections 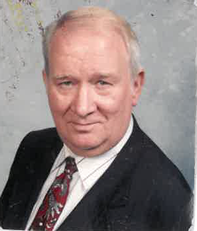 (The Outcome is Better Than You Think!)

Early in the evening on election night I told my wife, “In my gut this election feels exactly like the 2012 election”.  Upon further reflection, I realized the 2012 and 2018 elections have several things in common:

As it turns out, these two elections were darkly similar in one other attribute, which I will explain later!

On a personal level there was one other eerie similarity: Heading into both elections I was supremely confident of a Republican tsunami; and I fell into crushing despair with both outcomes. And, on both occasions I briefly suspected God of abandoning the patriotic movements He had providentially started two years earlier! In 2018, three prophets that I respect (Mark Taylor, Hank Kunneman and Charlie Shamp) had strongly prophesied an unprecedented Republican victory.

So, how do we make sense of the 2018 mid-terms and why is the outcome better than we think?

This election tilted the balance of power in Trump’s favor! Here’s why:

So, from 2017 onward, the GOP had a strong majority in the House and a de facto minority in the Senate. Trump presciently routed all the Congressional investigations of the deep state through the House of Representatives. But, knowing the GOP would likely suffer losses in the House in 2018, Trump began in early 2017 to re-constitute the Senate. John McCain died. Lindsey Graham had a born-again political epiphany. RINOs Bob Corker and Jeff Flake were persuaded to retire.

After the dust settles from last week’s election, Republicans should end up with a 53-47 advantage in the Senate, depending on the outcome of the brazen Democrat attempt in Florida to ethereally materialize thousands of votes several days after the election. This calculation also assumes Republican Senator Cindy Hyde-Smith will win the runoff election in Mississippi later this month.  And of course, Republicans always have the safety net of Vice President Pence’s tie-breaker vote.

Going forward the Congressional investigations and exposures of deep-state tyranny will simply shift from the House to the Senate! Meanwhile, Senate confirmation of judges and cabinet members is now assured! That is why the recent election shifted power in Trump’s favor.

Earlier, I noted that the 2012 and 2018 elections “were darkly similar in one other attribute. . .”  In both elections Republican victories were negated by massive election fraud! But there is a watershed difference between 2012 and 2018. This time Republicans have a leader who will fight election corruption.

Neither God nor the Christian prophets failed us! God still works in mysterious ways. And the prophets accurately forecasted the real, not the fraudulent, election results.

It appears that President Trump anticipated the Democrat predilection for fraud and embedded a brilliantly camouflaged entrapment in the 2018 election.  The day after the election, Q-Anon, Trump’s unofficial mouthpiece that bypasses media censorship, hinted that “honeytraps” were embedded in the 2018 election procedures and mechanisms. Q also hinted the newly elected Democrat majority in the House may be short-lived. As Lenny Kravitz famously said, “It aint over til it’s over.”

On April 17, 2017 Trump appointed a Presidential Commission on voting fraud. Later he abolished the Commission due to lack of cooperation on the part of various Secretaries of State. He then assigned the investigation of election fraud to the Department of Homeland Security. Throughout the 2018 campaign he repeatedly promised his audiences, “If you will vote we will make sure your votes count.” Maybe he used the 2018 election to entrap the vote cheaters and later use the proof to nullify the election and/or prosecute criminally.

Over the past year Q-Anon has posted several thousand cryptic messages to the American people. One recurring phrase in recent posts says, “FISA will bring down the House.”  FISA is an acronym for Foreign Intelligence Surveillance Act. A secret FISA court authorizes warrants. This was the process used by the FBI and Justice Department to spy on Trump both before his election and after his inauguration. It is the disclosure of these FISA applications and warrants that the FBI, Justice Department and deep state have been fighting. It is widely expected that when the American people learn all the FISA secrets the Democrat Party and even deep state itself may collapse.

I follow several savvy people who interpret Q Anon postings. Several have commented on the phrase “FISA will bring down the House”, I assumed that Q-Anon was using the phrase in its generic sense, i.e., to defeat the enemy. But several patriots interpret the phrase to mean that the FISA information will be released and, along with proof of voter fraud in 2018, the apparent Democrat control of the House will be set aside! Again, “It aint over til it’s over.”

Election fraud comes in many forms, including voting by dead people, multiple-voting cheats, busloads of paid phony voters, etc. Sometimes voting machines are pre-programed to record votes for Democrats even if the Republican lever is pulled. Other times corrupt election officials brazenly fabricate ballots! Sometimes mail-in ballots are sent to Democrat operatives rather than the registered Republican voter. When the real voter appears at the polls on election day, they are told they have already voted by mail. They are allowed to cast a “provisional ballot.” However, it is the fraudulent, mail-in ballot that is counted and given priority in the event of a recount.

Election mischief also takes the form of fraudulent voting by illegal aliens. The Department of Homeland Security estimates that the number of illegal aliens in the U.S. between 2012 and 2018 hovered between 11 and 13.5 million persons. Multiple studies estimate the number to be two to three times higher. A survey in California indicated that 13% of illegal aliens admitted to voting. Another study indicated the actual percentage may be double that.

Election fraud starts long before election day! Corrupt election officials tenaciously resist all mechanisms designed to insure the integrity of elections, such as voter identification. There is little or no oversight of the voter registration process! About half the states outsource the updating of voter-registration lists to native workers foreign countries.

It is no coincidence that the day following the election AG Sessions submitted an undated letter of resignation at the request of President Trump. Recall that Sessions recused himself from the Mueller investigation on the flimsy theory that a conflict-of-interest had arisen because he had talked with a Russian diplomat while a member of the Senate Armed Services Committee. The recusal allowed Rod Rosenstein, a career-long Clinton lackey, to oversee the investigation led by Mueller, another career-long Clinton lackey. By Sessions’ resignation the conflict of interest becomes moot and his successor replaces Rosenstein as Mueller’s boss.

The Sessions recusal was strategic! It gave the deep state a sense of security because two of their most trusted operatives oversaw the Trump investigation. And the President embellished the ruse by publicly criticizing Sessions to the point that the Democrats and media rushed to the defense of Sessions. I believe Jeff Sessions is a hero! Yes, it appears that Trump effectively fired him by “requesting” his resignation. But it was part of the plan from the beginning! And Trump’s parting message to Sessions was that the country will never forget the sacrifice he made for America!

The timing of the Sessions resignation indicates that Trump was waiting for the mid-term election before launching the final take-down of the deep state. Keep in mind that Trump has all the evidence.

All telephone calls, texts, wires and other communications by every person on the planet since the inception of the Patriot Act in 2001! They are all stored in the NSA Data Center in Utah.

All those computer records that Hillary erased from her servers;

All the information on Anthony Weiner’s computer that reportedly includes graphic video of Hillary torturing and killing a young girl in a ritual sacrifice to Satan;

All the phone calls and transmissions concerning Benghazi;

All the information on Obama’s phony birth certificate, his identity, and his multiple Social Security numbers;

All electronic communications pertaining to the transfer of uranium to Russia;

All the data on the criminal machinations of the Clinton Foundation!

All these months during which the media was obsessing over the Mueller investigation and Sessions was “doing nothing”, U.S. Attorney Huber and his army of investigators and lawyers have been busy processing more than 60,000 indictments. They have no doubt been aided in their work by their “stone’s throw” proximity to the NSA Data Center in Utah.

I love the political-activist sisters who call themselves “Diamond and Silk.” They said it best: “All Trump’s enemy’s think this is a game of checkers. But Trump is playing chess!”

[BIO: Lloyd G. Pearcy recently retired after practicing law for 50 years, during which time he believes he appeared in every court (federal, state and municipal) in Colorado. He was legal counsel to hundreds of local and national Christian organizations. As a young prosecutor assigned to juvenile court, he saw first-hand the need for out of home placements. He founded and for 11 years served as president and director of Excelsior Youth Centers, a premier residential treatment center for children with campuses in Denver and Spokane.]