This mentality reminds me of a few scenes from the sci-fi satirical movie Idiocracy. Five hundred years in the future, human beings had become imbecilically stupid and were unable to critically think. Big businesses had taken over the U.S. government and economy, and had programmed and controlled people’s minds. Food giant Brawndo had bought and controlled the FDA and the FCC, just as Bill Gates and other globalists have bought and controlled the CDC and the WHO. Joe Bowers (Luke Wilson), the lead character in the movie, was tasked with saving U.S. crops, which had failed to grow, but he first had to convince the people that Brawndo was killing the crops and the plants needed water to grow. That proved to be a difficult task, because the people had been programmed to believe what they had always been told, “Brawndo’s got what plants crave. It’s got electrolytes.”

“The cure can’t be worse than the disease.” – President Donald Trump

At the onset on the coronavirus outbreak in early 2020, President Trump voiced his concern that the lockdowns and the effect that it would have on the nation shouldn’t be worse than the disease itself. It has been. A devastated economy, closed businesses, and many lives ruined and put on hold was the result of the lockdown ‘cure.’ Does any critical thinking person actually believe that the lockdowns have saved even one life in America? 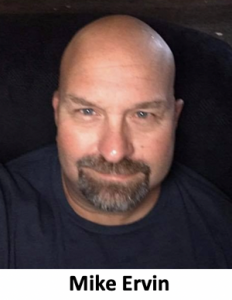 Mike Ervin, 50-years old of Kansas City, MO had a mild fever and decided to drive with his family to a local hospital in late May. The hospital tested Mike for coronavirus and he tested positive, while his family members all tested negative. The hospital staff immediately isolated and quarantined Mike from his family members, placed him on a COVID-19 bed, inserted an anesthesia tube in him to induce a coma, and shoved a ventilator down his throat, without his consent. After two weeks, Mike’s kidneys and liver had begun to fail and the hospital informed Mike’s family that he was likely going to die. After three weeks, they pulled out the ventilator and Mike miraculously survived. Mike suffered from paralysis and had to undergo physical rehab in order to walk again. Mike stated that he was pretty much fine walking into the hospital, but the cure for COVID-19 paralyzed him and almost killed him, and he was treated improperly by the hospital staff – against his will.

Approximately 88% of people who have been placed on ventilators for COVID-19 treatment, have died.

JOHN 3:20-21:
“For everyone practicing evil hates the light and does not come to the light, lest his deeds should be exposed. But he who does the truth comes to the light, that his deeds may be clearly seen, that they have been done in God.” 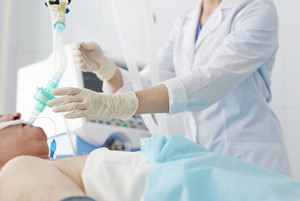 I’m not a doctor, but whose bright idea was it to induce comas and shove invasive ventilators down the throats of patients, some of whom only had mild symptoms? After a thorough Internet search, no person was listed as being responsible for pioneering the COVID-19 ventilator treatment. The FDA in conjunction with NASA, who was contracted to manufacture the COVID-19 ventilators, had approved of anesthesia coma inducement and ventilator treatment for COVID-19 patients.

Thankfully, many good doctors have not been buying into the COVID-19 coma-induced ventilator protocol and have begun to seek and develop alternative treatments for patients needing breathing assistance. These include keeping patients conscious and using CPAP and modified CPAP type devices, which are non-invasive treatments used to treat people with sleep apnea.

Hospitals receive from Medicare a reported $13,000 for COVID-19 admitted patients and an additional $39,000 for patients they place on ventilators. There is a financial incentive for hospitals to induce a coma in people and shove ventilators down their throats. Many brave nurses have begun to speak out against hospitals and their COVID-19 abuses, claiming they are killing people, but they are not being taken 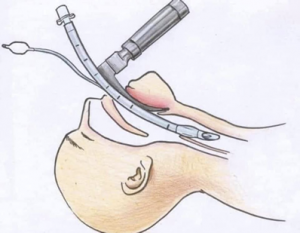 seriously, as a large segment of the public continues to listen to and believe the mainstream media and the CDC as credible news and medical information sources.

“Could never happen in the USA,” many believe. “Hospitals are here to care for us, not harm us.”

People have been raised in life to trust physicians as a noble profession. Yet many people today –in many different fields, are operating without moral constraints. The global elites believe that the world is overpopulated and they are dedicated to depopulating it. Hospitals have been turned into death camps. The worst thing anyone can do right now, if suffering from a mild fever, is to walk into a hospital, naively believing you will receive proper treatment there. You might not make it out alive. Conservative religious conspiracy folks have often voiced concerns over FEMA camps in the United States. People need to consider that hospitals have been turned into makeshift FEMA camps, and they are incentivized to put people on ventilators, after which a person has about a 12% chance of living. 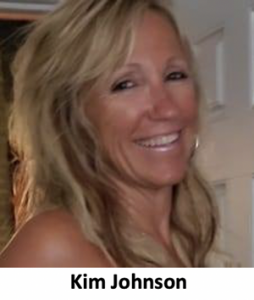 Kim Johnson, 57-years old, of Apollo Beach, FL was feeling run down with a mild fever and went into a CVS testing facility in Riverview, FL. She tested positive for COVID-19. Private testing facilities aren’t holding you down, isolating, quarantining, and shipping people off to hospitals – just yet. Kim went home and self-quarantined herself. After a few days of fever and headache, and without taking any medication except ibuprofen, Kim’s fever passed and she is doing just fine.

A person who wished to remain anonymous informed me that two of her accountant co-workers tested positive for COVID-19 at a local testing facility. Not experiencing any symptoms, the women went to see their primary physicians and they both tested negative for COVID-19. There have been many reported false positives for COVID-19, so people need to remember to always get a second opinion, or in the case of COVID-19 a second confirmatory test.

COVID-19 is not as deadly as Bill Gates, Dr. Fauci, and Dr. Birx of the CDC hoped it would be, but that will not stop them from pushing their vaccine agenda and their attempts to depopulate the world to save it from carbon-breathing humans who they believe are warming the planet. Many Americans remain blind to the medical tyranny they are planning, the likes of which have not been seen since the time of Nazi Germany. Yet many more Americans are waking up to the lies and will stand strong to defend the Constitution from these foreign and domestic enemies.

May God bless and protect America.