Mexican Nationals Extradited To US For International Sex Trafficking Offenses

The indictment, which was delivered sealed by the grand jury on Sept. 15, 2016 alleges that the defendants are “soldiers” in an international sex trafficking organization that exploited and trafficked adult women and minor children in both Mexico and the United States from about 2000 until their captures in 2016. 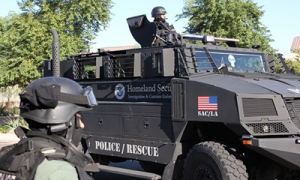 “Members of the defendants’ sex trafficking organization, which operated largely as a family business, used false promises, physical and sexual violence, and threats to force and coerce adult and minor women to engage in commercial sex for the organization’s profit in both Mexico and the United States,” according to an ICE press statement dated May 4, 2018.

Meanwhile, suspected gang member Juan Romero-Granados remains in Mexico pending extradition proceedings in Mexico City. The two suspects who were arrested within the United States borders, Raul Romero-Granados and Isaac Lomeli-Rivera, were presented in a Manhattan federal courtroom on Oct. 27, 2016. 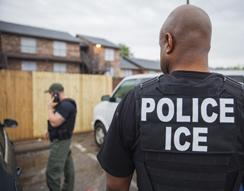 Special Agent in Charge (SAIC) Angel M. Melendez, of HSI’s New York office, noted in a press statement, “Those extradited, along with others, operated a family business centered on making money from exploiting females they forced into sex slavery. Now these traffickers will face justice where they made their income, right here in New York [City]. Human [t]rafficking remains a priority for HSI agents whose primary focus is to rescue victims and release them from the grip of their captors.”

U.S. Attorney for the Southern District of New York, Geoffrey S. Berman noted in his own statement: “Sex trafficking is a heinous crime that violates both the rule of law and the most basic standards of human dignity. These defendants allegedly deprived women and girls of their freedom, and forced them into prostitution against their will. The scope of devastation these defendants allegedy inflicted on countless victims is beyond comprehension. But now they face significant criminal charges in an American court, and will have to answer for their reprensible actions. Our office is dedicated to combating this demoralizing crime and helping survivors reclaim their lives.” 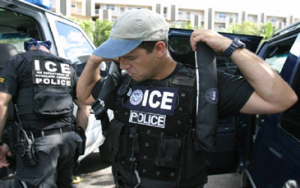 Between 2000 and the present, members of the STO (the “Traffickers”) have used false promises, physical and sexual violence, threats of the same, lies, and coercion to force and coerce adult and minor women (the “Victims”) to work in prostitution in both Mexico and the United States.

“Once a victim is separated from her family, the Trafficker frequently monitors her communications, keeps her locked in an apartment, leaves her without food, and engages in physical or sexual violence against the Victim. Traffickers often tell victims that the Traffickers owe a significant debt and that the victim must work in prostitution to assist in repaying the debt. Traffickers typically begin forcing the victims to work in prostitution in Mexico, frequently in a neighborhood of Mexico City known as “La Merced.”

“Victims are often required to see at least 20 to 40 customers per day. Traffickers monitor the number of clients a victim sees by surveilling the victim, communicating with brothel workers, and by counting the number of condoms provided to a victim. Traffickers typically require the victims to turn over all of the prostitution proceeds to the traffickers.”

After a victim has acquired significant work experience in prostitution in Mexico traffickers typically arrange for the victim to be smuggled into a large-marketplace in the United States. In many cases, multiple traffickers and multiple victims are smuggled into the United States together. In other cases, one trafficker may remain in Mexico while arranging for a victim to be smuggled together with another trafficker and other victims, claims the press office at ICE/HSI.

“Once in the United States, the members of the STO generally maintain their victims at one of several shared apartments in New York City. Victims living in the same apartment are frequently forbidden to communicate with one another. Once in the United States, traffickers continue to use physical and sexual violence, threats of the same, lies, and coercion to force the victims to work in prostitution,” claim ICE officials.

In most cases, the trafficker or another member of the STO provides a Victim with contact information with which to find work. The Victims typically work weeklong shifts either in a brothel, or in a “delivery service.” In a delivery service, the Victim is delivered to a customer’s home by a “driver.”

These brothels and delivery services are located both within New York City and State as well as in surrounding states, including Connecticut, Maryland, Virginia, New Jersey, and Delaware.

The customers pay about $30-35 for 15 minutes of oral sex. Of that, half of the money typically goes to the drivers (in the case of delivery services) or to the brothel. The other $15 goes to the Victim, who is then who is then bullied into giving all of the proceeds to the trafficker. When a trafficker is unavailable, a Victim may also be forced to give the proceeds to another member of the STO.

The HSI New York’s Trafficking in Persons Unit (TIPU) is comprised of senior criminal investigators, intelligence officers and victim assistance specialists who aid in the rescue of trafficking victims and prosecution of traffickers and trafficking organizations. TIPU investigators focus on the exploitation of victims by force, fraud or coercion regardless of the person’s manor or entry into the United States. All TIPU investigations are victim-centered, seeking to rescue and protect the victims of trafficking.