Home/February 2019, National Headlines/Military Agreement Signed By The U.S. And Canada Should Be Nullified By Trump

Military Agreement Signed By The U.S. And Canada Should Be Nullified By Trump

While Americans are being bombarded with large doses of presidential news coverage all of which is designed to hurt President Donald Trump, there is no talk about how the U.S. entered into an agreement with its northern neighbor that may have an impact on future internal military action. The purpose of the quietly signed pact is for troops from Canada to intervene in what is designated a national emergency in the United States and vise versa.

In a political move that received little if any attention by the American news media, the United States and Canada entered into a military agreement on February 14, 2008, allowing the armed forces from one nation to support the armed forces of the other nation during a domestic civil emergency, even one that does not involve a cross-border crisis, according to a police commander involved in homeland security planning and implementation.

It is an initiative of the Bi-National Planning Group whose final report, issued in June 2006, called for the creation of a “Comprehensive Defense and Security Agreement,” or a “continental approach” to Mexico-Canada-United States defense and security. 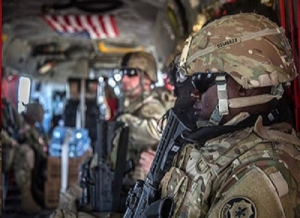 A law enforcement executive told NewsWithViews.com that the agreement — defined as a Civil Assistance Plan — was not submitted to Congress for debate and approval, nor did Congress pass any law or treaty specifically authorizing this military agreement to combine the operations of the armed forces of the United States and Canada in the event of domestic civil disturbances ranging from violent storms, to health epidemics, to civil riots or terrorist attacks.

“This is a military plan that’s designed to bypass the Posse Comitatus Act that traditionally prohibited the US military from operating within the borders of the United States. Not only will American soldiers be deployed at the discretion of whomever is sitting in the Oval Office, but foreign soldiers will also be deployed in American cities,” warns Lt. S.W. Rodgers, commander of the Nautley Police Department’s detective bureau.

In Canada the agreement paving the way for the militaries of the US and Canada to cross each other’s borders to fight domestic emergencies was not announced either by Prime Minister Harper’s administration or the Canadian military. The agreement met with protests and demonstrations by Canadians opposed to such treaties with the US.

“It’s kind of a trend when it comes to issues of Canada-US relations and contentious issues like military integration,” claims Stuart Trew, a researcher with the Council of Canadians.

“We see that this government is reluctant to disclose information to Canadians that is readily available on American and Mexican websites,” he said in a press statement. 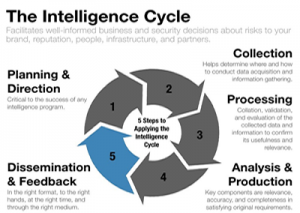 The military Civil Assistance Plan is seen by critics as a further incremental step toward creating a North American armed forces available to be deployed in domestic North American emergency situations. According to the NORTHCOM press release, the plan “allows the military from one nation to support the armed forces of the other nation during a civil emergency.”

“This document is a unique, bilateral military plan to align our respective national military plans to respond quickly to the other nation’s requests for military support of civil authorities,” claimed a statement published on the USNORTHCOM website.

“The signing of this plan is an important symbol of the already strong working relationship between Canada Command and U.S. Northern Command,” agreed the generals involved it the agreement

“Our commands were created by our respective governments to respond to the defense and security challenges of the twenty-first century and we both realize that these and other challenges are best met through cooperation between friends,” U.S. and Canadian officials noted.

But not everyone is enthusiastic about the agreement. “It’s hard to believe that Americans and Canadians will go along with this agreement,” opines conservative strategist Michael Baker. “That’s why [there’s] all this secrecy. Has anyone heard Clinton, Obama or McCain complain about this significant policy shift? All three of them were in the US Senate, yet not a peep from them about a foreign army being called to ‘police’ US neighborhoods under the guise of an ’emergency,’” he said.

The statement on the US NORTHCOM website emphasized that the plan recognizes the role of each nation’s lead federal agency for emergency preparedness, which in the United States is the Department of Homeland Security and in Canada is Public Safety Canada.

The U.S. Northern Command was established on October 1, 2002, as a military command tasked with anticipating and conducting homeland defense and civil support operations where US armed forces are used in domestic emergencies.

Meanwhile, the Canada Command was established on February 1, 2006, to focus on domestic operations and offer a single point of contact for all domestic and continental defense and securities partners.

In May 2007, President Bush took it upon himself to sign the National Security Presidential Directive 51 which is also known as Homeland Security Presidential Directive 20, authorizing the president to declare a national emergency and take over all functions of federal, state, local, territorial and tribal governments, without necessarily obtaining the approval of Congress to do so.

While Americans are being kept in the dark about this treaty, Canadian citizens are being totally ignored by their government. The extent of military integration called for by the BNP is unprecedented and has received absolutely no public debate in the House of Commons. If they wish to read about the details of this military agreement, Canadians must go to the Northern Command website to see any evidence of the new agreement.

“Once the Canadian people discover they can be [legally invaded] by U.S. troops, they will take to the streets and protest and use the very effective weapon of civil disobedience. Canadians will not stand for occupation by a foreign army same as Americans won’t,” said conservative columnist and commentator Rachel Marsden.

“I’m surprised that the Canadian people haven’t already displayed their opposition to such a treaty. Economics is one thing, but military use of force is quite another. We have our own police, security and military forces, thank you. We don’t been Americans coming into Canada with weapons,” she said. “And Americans don’t need Canadian soldiers.