“Nazi Stormtroopers were the muscle that brought Adolph Hitler’s socialist regime to power their contributions to their leaders included assistance with the Jewish Holocaust. They made a large-scale show of their activities which included breaking and entering homes, conducting searches and making arrests on fabricated charges.”

The well-known Republican Party insider, Roger Stone, a veteran of many political campaigns including Ronald Reagan’s and George H.W. Bush’s presidential runs received a surprise visit from at least 25 SWAT (special weapons and tactics) agents from the Federal Bureau of Investigation on Friday morning.

The news media have labeled “Stone a longtime associate of President Donald Trump.”  Mr. Stone was arrested, his home ransacked and was later in the day indicted by special counsel Robert Mueller in Fort Lauderdale, Florida Friday.

“What I find troubling is that this is how the federal government treats Republicans while Democrats such as Hillary Clinton and her morality-deficient husband and friends/operatives were treated like royalty by the FBI to the point that no one was punished for any corruption,” said former police detective and security director Iris Aquino.

“These FBI agents behaved like stormtroopers going after an armed and dangerous gangster or terrorists. They were going to put on a media event for the Trump-hating news organizations. It’s sickeningly obvious, but our ‘fake news’ is playing along with the Deep State,” she added.

When Stone appeared at the Fort Lauderdale courthouse in shackles later in the morning, he refused to have his attorney enter a plea, but he was released on a $250,000 bail bond.

During a chaotic press briefing, Stone labeled the special counsel’s Russia probe as “politically motivated.” Stone said he was “falsely accused” of lying to the House intelligence committee. He said if he misspoke while testifying, any error he made in his testimony wasn’t intentional.

Former FBI Deputy Assistant Director Terry Turchie appeared alongside Tucker Carlson of an interview that surely shook up Fox as well as the nation, as he ended up demonstrating just why the FBI should not exist.  I’m not surprised as the Constitution neither mandates nor allows for the FBI to be funded or exist, as well as other alphabet agencies.

Turchie’s statement below let the cat out of the bag.

“And I think we can expect more of this, because quite honestly the electorate in some places is putting more and more progressives and self-described socialists in positions. And ironically, years ago, when I first got into the FBI, one of the missions of the FBI in its counterintelligence efforts was to try and keep these people out of government. Why? Because we would end up with massive dysfunction and massive disinformation and massive misinformation, and it seems to me that’s where we’re at today.”

In November 1964, the FBI’s appallingly corrupt boss J. Edgar Hoover denounced Martin Luther King Jr. as “the most notorious liar in the country.” A few days later, a Hoover deputy named William Sullivan wrote King a letter posing as a disillusioned follower and using powerful, manipulative language to urge the civil rights leader to commit suicide before evidence of his extramarital affair became public. Enclosed was an FBI recording containing evidence of the affair. 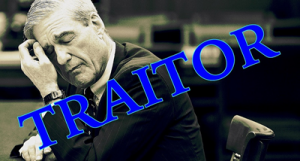 Whenever America celebrates Martin Luther King Jr. Day we should remind ourselves that it is a known, undisputed fact that the Federal Bureau of Investigation engineered a psyop (psychological operation) to encourage one of the world’s greatest minds into committing suicide. It is also worth reviewing the compelling argument for the case that the FBI was behind King’s assassination as well.

Hoover, who headed the FBI for decades, obsessively despised King on a deeply personal level. He kept files on the civil rights leader in which he’d scribble hateful comments on memos he received about King, apparently for no purpose other than his own gratification and catharsis. On a memo about King receiving the St. Francis peace medal from the Catholic Church, he wrote “This is disgusting.” On the news of King’s meeting with the pope, he scribbled, “I am amazed that the Pope gave an audience to such a degenerate.”

We received yet another reminder of the FBI’s true face the other day in an interview with its former Deputy Assistant Director Terry Turchie on Fox’s Tucker Carlson Tonight. In a passing tangent largely unrelated to the rest of the interview, Turchie made the following shocking statement in relation to the ongoing Russiagate saga: 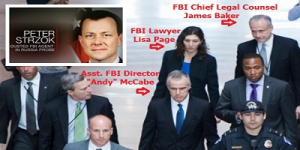 According to his LinkedIn profile, Turchie joined the FBI in July of 1972. COINTELPRO, the program in which leftist groups were actively infiltrated and undermined, officially ended in 1971, and Hoover had died in May of 1972. This was after “Hoover’s FBI” stopped being Hoover’s FBI, yet a “counterintelligence effort” was still very much alive and thriving to undermine the will of the electorate and prevent them from electing leftists to office.

The only reason the FBI is being treated any differently is because it’s got such good PR, namely the entire political/media class.

https://youtu.be/HgIKMG7Jx14 – Video of the Raid on Roger Stone’s Home

The transcript of the Tucker Carlson-Terry Turchie interview is below:

TERRY TURCHIE, FORMER DEPUTY ASSISTANT DIRECTOR OF THE COUNTERTERRORISM DIVISION, FBI: Sure, Tucker. Well, I’m a – I’m a skeptic because of being in law enforcement. But I think it’s kind of pretty simple. 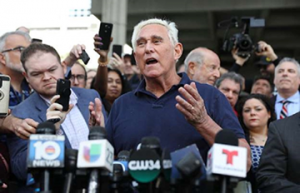 When you take the election and you take the House, and you now convert all the committees that you have to investigating various aspects of the President of the United States, then your lifeblood has to be to react to stories.

So, you’re going to see more stories planted, so that all these committees can have–

TURCHIE: –a lot of work to do. And I – I think this is just more of the same. And I think we can expect more of this because, quite honestly, the electorate in some places is putting more and more progressives and self- described socialists in positions.

And ironically, years ago, when I first got into the FBI, one of the missions of the FBI in its counterintelligence efforts was to try and keep these people out of government. Why? Because we would end up with massive dysfunction and massive disinformation and massive misinformation, and it seems to me that’s where we’re at today.

TURCHIE: –separate this and make – make head or tails from it, but it’s a mess.

CARLSON: I mean, look, if you believe in socialism, if you’ve got some program you want to impose in the country, tell us what it is. Explain us how you – how you think it works. Make the case for it.

But these people are so stupid, and so emotional, so overwrought that they think that the key to running the country is an endless series of Gotcha stories, criminalizing political disagreement. I mean it’s – it’s – it’s the least straightforward way to run a government, I would – I would say.

So, let me just ask you about the original topic that we want to talk to you about tonight, and that’s border security.

So, you heard the new Speaker of the House say the other day that she in – in place of a physical wall would like some sort of high-tech, non- physical, sort of quasi magical wall, a digital wall on the Border, and that that would be more effective somehow than an actual wall.

TURCHIE: Well, first of all, I don’t think that’s true. But I think it’s pretty easy why she’s saying that. And, in fact, I’ll say this.

If Donald Trump called Nancy Pelosi tonight, and said, “Look, why don’t you give me $5 billion for a – a technological wall along our border?” she’d say, “Now, you know, we can probably start talking about that.”

And the – and the reason is simple. The Democratic Party is simply owned by the technocrats in Silicon Valley. I worked in Palo Alto. I worked counterintelligence and – and terrorism there, and had all kinds of contacts many years ago with Silicon Valley, and you could see this developing then.

They would – they would say, “Look, we can get people cheaper than having to – to bring in young American kids who we just don’t think are as good of scientists.” Well, that’s baloney, I think.

But they own the Democrats. And the Democrats, in turn, have to do things for them. I mean take a look at just every symptom and every indicator. Whether it’s Elon Musk and the fact that he’s a billionaire because of all of his government contracts, and all of these ideas–

TURCHIE: –the government funds or Solyndra, or the fact that President Obama and Hillary Clinton and Dianne Feinstein, and all of these people, they have a solid march out to Silicon Valley’s dinners and $1,000-a-plate lunches, and all of these other things, they have to deliver in return.

The Silicon Valley for the Democrats is the new Union. People scratch their head and wonder why don’t – why – what have the Democrats done? Why did they abandon some of the Midwestern states and the people they used to represent?

Well because they have no money anymore. The Silicon Valley has the money. And, quite honestly now, they’re pumping this ideology into some of the people that they’re helping get elected.

It’s very, very dangerous because the Silicon Valley, totally other topic, is completely wrapped around the axle of Intelligence Services from the Chinese to the Russians, even to our friends, some of the friendly nations.

The French said it best one time, a number of years ago, they said, “Look, sure we’re friends with the United States. But we have our own interest. And we will rely on dealing with our interest and make sure that we take care of those before our friendship.”

And that’s – that’s pretty much how all of these places look at it (ph).

TURCHIE: But when it comes to your–

CARLSON: –I’ve never heard anybody say what you just said. Pushing a digital solution to everything is, in effect, a pay-off to their campaign contributors. But now that you say it out loud, it’s so clearly true that I hope you will–

TURCHIE: –I – I want to. And remember something, when you put all this technology, and the government loves to buy it, one or two years later, it all needs to be replaced with the – the latest best upgrades.

CARLSON: Yes. We’ve been scammed for 20 years by Big Tech–

CARLSON: –and it’s just dawning on us, it’s unbelievable.

CARLSON: –you are – you are the cutting edge of that for sure. You figured that out first. Great to see you, thank you very much.