Home/October 2017, Opinions/Mueller Indictment A Diversion From Clinton And DNC Corruption

Mueller Indictment A Diversion From Clinton And DNC Corruption

“Never attempt to win by force what can be won by deception.” — Niccolò Machiavelli, The Prince

Hatred of the Peoples’ President

Oh, what tangled webs we weave, when first we practice to deceive.  This quote so perfectly fits the establishment globalists in our federal government, (both left and right) who are so angry that their status quo was disrupted by the Constitutional election of an outsider via grassroots Americans and the electoral college.

The hatred and vitriol from the left and many of the phony Republicans against our President has reached a crescendo.  They so want our President to fail, and even more so, they want to be rid of him, and to return to their status quo globalist agenda.

The bogus and insane Russian collusion investigation has boomeranged back into the laps of the corrupt Democrats, FBI, Mueller, Rosenstein, McCabe, Comey, Obama and his DOJ, and of course, the Clintons. 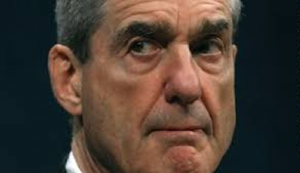 Thus, America’s attention needs diverting and guess who is doing just that…former FBI Director Robert Mueller who is deeply entangled in the Clinton sale of 20% of America’s uranium to Russia.  Mueller’s indictments, probably on Paul Manafort first, are being done not only as a diversion, but also to protect Hillary and Mueller’s Democrat buddies.

According to Steve Byas of the New American Magazine, “In 2009, then-Secretary of State Hillary Clinton directed FBI Director Mueller to deliver a sample of Highly Enriched Uranium (HEU) to Russia. The uranium had reportedly been stolen. It seems particularly odd, considering that the FBI is not under the supervision of the State Department, and that the FBI director would personally make the transfer.

Assange released the controversial cable on May 17, the same day that Deputy Attorney General Rod Rosenstein tapped Mueller as an “independent” counsel to investigate any supposed Trump-Russian ties.”

What exactly was Mueller’s role in the deal between Russia and Uranium One, the company that Hillary’s husband, Bill Clinton, supported at the same time she was secretary of state? And why in hell is he in charge of an investigation into a false narrative of collusion between our President and Russia?  He should immediately be fired, along with all the Clinton and Democrat partisan attorneys he hired to take down our innocent President.

We all know about wealthy leftist Tom Steyer giving 10 million for national TV campaign ads toward the impeachment of our President.  Link  Many in the establishment are impatient to get the outsider out of office.

Roger Stone, four-decade friend of our President believes the establishment has a battle plan to take down the President via the 4th section of the 25th Amendment which makes presidential disability a political question.

In this nine-minute video, Stone explains what he believes the left plans for our President.

Most of us involved in watching politics understand that Vice President Mike Pence would love to be President.  Previous articles have exposed Pence as another globalist establishment player. Would he vote against Trump?  Many believe he would.

This entire scenario is technically possible, but I believe highly unlikely.  Yet an indictment of Paul Manafort could lead to impeachment.  Why?  Because the Democrat globalists promote false narratives, they outright lie, and the media advances their fabrications to protect them.

However, that section of the amendment has never been used before, and it would be tougher to remove a president that way than through an impeachment, constitutional law scholars contend.

Do I believe this will happen?  Not at all.  I believe our President and those loyal to him know this is a false narrative.  Forewarned is forearmed, especially with so many in the Trump administration being left of center.

What we have here is the Democrat party and their allies, Mueller et. al., bent on a false narrative of which there is no proof.  The main stream media, has been content to push the Russian collusion narrative. Even worse, we have a congress, including many Republicans, passing sanctions against the Russians to punish them for things that they can’t even prove the Russians did.

The truth of the real Democrat Russian collusion is now obvious.  We have only seen the tip of the iceberg.  The illicit and treasonous activities of the Clintons, the Democrats and their Republican cohorts should be exposed to the nation and every one of them should be indicted and tried for selling out America.