“Based on what we now know since Mar 2017, and what has surfaced recently, we can see a ‘motive’ for why the FBI, NSA, DNI, DOJ and Obama himself wanted to keep hidden: they were running a counterintelligence operation against presidential candidate [Donald Trump].”

Following the tragic and heartbreaking Battle of Benghazi, then FBI Director Robert Mueller had one job and one job only: Put FBI agents’ boots on the ground at the enormous crime scene. Unfortunately, his team of forensic specialists weren’t given access to the diplomatic mission or the nearby Central Intelligence Agency’s secret facility. 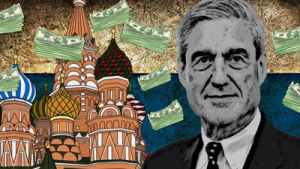 Director Mueller and his boss Attorney General Eric Holder told the American people the FBI was stonewalled for two weeks by the Libyan authorities in Tripoli and so the crime scene investigators cooled their heels waiting to work the scene of a major battle.

Although the U.S. Senate’s report lays blame at the feet of Mueller’s FBI, the CIA and other U.S. intelligence agencies, no blame was attached to the White House for the misinformation allegedly contained in talking points that explained the details of the terrorist attack on the U.S. diplomatic consulate in Benghazi, Libya, and a nearby secret CIA compound.

Many Americans remain angry over the haphazard way the Obama White House, the Clinton State Department and the Mueller FBI handled the loss of U.S. Ambassador to Libya Chris Stevens and three other Americans who were killed in the Sept. 11, 2012 Libyan attack.

When it was discovered that the Democrat President Barack Obama and his team lied about the battle and some of its details, the Democrat-dominated Homeland Security and Governmental Affairs Committee issued a report that said the White House was only responsible for a “minor change” in the White House talking points. 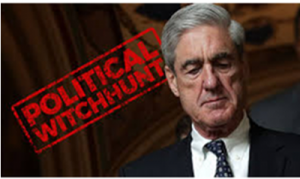 A number of GOP lawmakers questioned whether the presidential staff rewrote the talking points for political reasons, but they were practically silenced by the Democratic leadership in the Senate and by some so-called moderate Republicans. And of course, the elite left-wing dominated news media went along with the protection of a feckless President Obama and his supposed heir to the Oval Office, Hillary Rodham Clinton.

“Once again, the Obama administration is being let off the hook in another scandal that would have caused a media frenzy in a GOP presidency. Once again, we have evidence of a biased news media coupled with a spineless opposition party,” said former law enforcement and intelligence officer Sid Franes.

The committee also blasted the director of national intelligence at the time, James Clapper, for stonewalling the panel of lawmakers by holding back a promised timeline of the talking points changes.

The ambassador to the United Nations, Susan Rice, said she had used the talking points to say in television interviews on Sept.16, 2012, that it may have been a protest that got out of hand. She continued to use the White House’s talking points that the attack was a reaction to a little-known movie about Islam that was only shown on the Internet.

Rice’s bogus explanation forced her to forgo the nomination as Hillary Clinton’s replacement in the new Obama term as President. Obama instead nominated Democratic Sen John Kerry, chairman of the Senate Foreign Relations Committee, who is expected to be easily confirmed since he’s friends with most senators in both political parties. 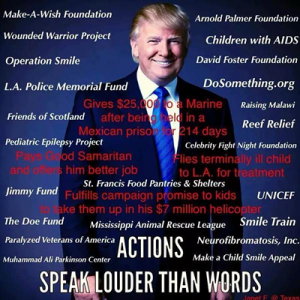 Officials at the State Department in December acknowledged weaknesses in security as well as errors in judgment exposed in a scathing independent report on the assault. But Mueller stuck to his excuse about why the FBI took 14 days to reach the Benghazi “crime scene.”  What made his excuse ring hallow was the fact that a contingent of news reporters, camera men and producers were on the scene within hours of the attack.

The Senate report said that on Sept. 19, 2012, eight days after the attack, National Counterterrorism Center Director Matthew Olsen told the Homeland committee that the four Americans died “in the course of a terrorist attack.” At the same time, State Department spokeswoman Victoria Nuland said the department stood by the assessment of the CIA and other intelligence agencies such as NSA.

The next day, White House Press Secretary Jay Carney stated, “It is, I think, self-evident that what happened in Benghazi was a terrorist attack.” Secretary Hillary Rodham Clinton also used the term “terrorist attack” on Sept. 21, 2012.

A line saying “we know” that individuals associated with al-Qaeda or its affiliates participated in the attacks was changed to say, “There are indications that extremists participated.”

The talking points dropped the reference to al-Qaeda and its affiliates altogether. In addition, a reference to “attacks” was changed to “demonstrations.”

By the time Mueller’s agents arrived at the Benghazi attack location there were only the charred walls of a burnt out consulate and bullet holes. There were many law enforcement experts who believed the Libyans used “cleaners” who are experts at tidying up a crime scene. And what happened to Robert Mueller? He was appointed as a special counsel to investigate the president. Not Obama, not Clinton, but President Donald Trump.

And the elite news media are careful not to remind Americans about Mueller’s part in a major cover up.

If a President, wanted to weaponize intelligence as a ‘political tool’ the POTUS would have absolute conttrol over the following ‘WEAPONS.’

Some of Obama’s Political Appointees Include