The mosques are our barracks, the domes our helmets, the minarets our bayonets and the faithful our soldiers…” ―Turkish President Recep Tayyip Erdogan

Recently, I was watching a video of former F.B.I. agent John Guandolo talking about the “Islamic Terror” attacks in America that have taken place since September 11, 2001.

During his exposition on “Islamic terror” within American borders, he brought up the question as to what would you think if a foreign country established military bases here in America.

Muslims are establishing Mosques in America, which is the same thing.

It is a sign of conquering, and as you know, out of their own mouths, the Muslims are not coming into America to assimilate, they are here in an attempt to dominate. 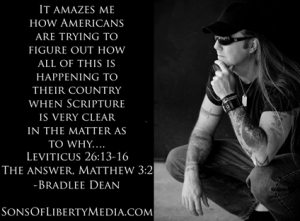 Furthermore, this is what they are taught to do through the teaching of the Koran.

“It is the nature of Islam to dominate, not to be dominated, to impose its law on all nations and to extend its power to the entire planet.” –Hassan al-Banna

“Islam isn’t in America to be equal to any other faith, but to become dominant. The Koran is the highest authority in America, and Islam is the only accepted religion on earth.” – Omar Ahmed, The founder of the Council on America-Islamic Relations

“If we are practicing Muslims, we are above the law of the land.” Mustafa Carrol CAIR Director Houston, Texas

What is even more disturbing is that the number of Mosques in the United States has jumped up to 74% since September 11, 2001.

As of 2016, there are as many as 3,000 mosques in America, with a total number of 3.3 million Muslims residing in this country.

The slow siege (Deuteronomy 28:43), of course, comes on the heels of the CIA-controlled media doing their lying best to sell Muslims (On the heels of the homosexuals that are being used to help upend American Sovereignty) to the American people not only as the victims, but also the advocators of a peaceful religion (Judges 5:8).

The victims? The religion of peace?  Really!

Below are some verses taken directly from their book of peace, the Koran.

And slay them wherever you come upon them, and expel them from where they expelled you; persecution is more grievous than slaying. But fight them not by the Holy Mosque until they should fight you there; then, if they fight you, slay them — such is the recompense of unbelievers — Koran 2: 191

Let not the believers take the unbelievers for friends, rather than the believers — for whoso does that belongs not to God in anything — unless you have a fear of them. God warns you that you beware of Him, and unto God is the homecoming. – Koran 3:28

Whoso desires another religion than Islam, it shall not be accepted of him; in the next world he shall be among the losers. – Koran 3:85

This is the recompense of those who fight against God and His Messenger, and hasten about the earth, to do corruption there: they shall be slaughtered, or crucified, or their hands and feet shall alternately be struck off; or they shall be banished from the land. That is a degradation for them in this world; and in the world to come awaits them a mighty chastisement,… – Koran 5:33

‘I am with you; so confirm the believers. I shall cast into the unbelievers’ hearts terror; so smite above the necks, and smite every finger of them!’ – Koran 8:12

And prepare against them whatever you are able of power and of steeds of war by which you may terrify the enemy of Allah and your enemy and others besides them whom you do not know [but] whom Allah knows. And whatever you spend in the cause of Allah will be fully repaid to you, and you will not be wronged. – Koran 8:60

Slay the idolaters wherever you find them, and take them, and confine them, and lie in wait for them at every place of ambush. – Koran 9:5

Christians and Jews are perverted. God assail them! How they are perverted! – Koran 9:30
O believers, fight the unbelievers who are near to you; and let them find in you harshness; and know that God is with the god-fearing. – Koran 9:123

But those who disbelieved will have cut out for them garments of fire. Poured upon their heads will be scalding water. – Koran 22:19

So when you meet those who disbelieve [in battle], strike [their] necks until, when you have inflicted slaughter upon them, then secure their bonds. – Koran 47:4

Here is a list of Muslim Terror Attacks in America since 1972.

2004.04.15    USA    Scottsville, NY    1    2
In an honor killing, a Muslim father kills his wife and attacks his two daughters with a knife and hammer because he feared that they had been sexually molested.

1997.03.23    USA    New York, NY    1    6
A Palestinian leaves an anti-Jewish suicide note behind and travels to the top of the Empire State building where he shoot seven people in a Fedayeen attack.

1973.07.18    USA    Washington, DC    8    2
Nation of Islam members shoot seven members of a family to death in cold blood, including four children. A defendant in the case is later murdered in prison on orders from Elijah Muhammad.

It amazes me how Americans are trying to figure out how all of this is happening to their country when Scripture is very clear in the matter as to why….

“I am the Lord your God, which brought you forth out of the land of Egypt, that ye should not be their bondmen; and I have broken the bands of your yoke, and made you go upright.

But if ye will not hearken unto me, and will not do all these commandments;

And if ye shall despise my statutes, or if your soul abhor my judgments, so that ye will not do all my commandments, but that ye break my covenant:

I also will do this unto you; I will even appoint over you terror….Leviticus 26:13-16