My Last Letter To President Trump On Invaders And Trade Deals, Part 4

It is a given that we need the wall; for without it we will no longer be a sovereign nation. We will only be a space between Canada and Mexico that will be overrun by those who hate freedom loving people. The melding of various cultures is a movement toward globalism, and this is what these open borders will bring…our American culture and freedoms will be lost.  The invaders carry the flags of their home countries, and they burn the flag of the country they’re invading.  This is an army who wants the destruction of America and they’re being paid to do this. 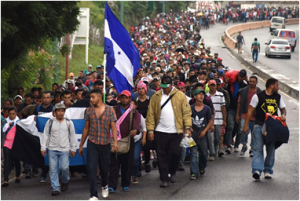 Since we cannot use force to stop these invaders, which our government has done in the past, we are at a loss as to how to stop the influx of illegal aliens, drug traffickers, sex trafficking and child prostitution, not to mention terrorists and MS13 gangs.  America has already lost too many of her legal citizens to criminal illegal aliens.

Democrats have revealed their true “open border” stripes.  Every Democrat appointed district judge is doing everything possible to stop our President from building a southern border wall.  Even the Republicans are joining with Democrats and Rand Paul is leading the charge against our President declaring a National Emergency on the southern border.  Where was the Republican outrage when Obama sent $1.7 billion to Iran in his bogus deal…money that went to terrorist activities.

And when Obama declared twelve national emergencies, Republicans hardly squeaked, but with President Trump it is different.  The majority of Republicans masquerade as something they are not.  The reality is they are part and parcel of the same globalist cabal as the Democrats.

Protecting Ourselves from Invaders

My fear is that American citizens will be prevented from using force to protect our families and our property.  Already Hawaii is promoting the elimination of our 2nd Amendment rights with advocating for an Article V Constitutional Convention. Add to this fact that the House has overwhelmingly rejected a motion to condemn illegal aliens  who are voting!  Our laws are being perverted to protect the invaders.

It no longer surprises me that the “rule of law” is being destroyed.  What is it, or who is it that prevents us from using force to keep the invaders out of our country?  Will we soon be told that American citizens can no longer use force to protect their homes and families?

Even now, in some states, authorities tell citizens that if they have to kill someone who is breaking into their homes, that it is best to wait till the perpetrator is inside our home before we shoot.  And, if he happens to fall outside the home’s boundaries, we need to drag the perpetrator inside to protect ourselves from biased lawsuits.

Obviously, this violates our unalienable and God-given rights. Frederick Bastiat’s  booklet, The Law, states, “Each of us has a natural right – from God – to defend his person, his liberty, and his property; these are the three basic requirements of life, and the preservation of any one of them is completely dependent upon the preservation of the other two.”

Even with a southern border wall, the enemies within our government will continue on their path of incrementally changing our rights to the point that we will no longer be a Representative Republic.

They will do this, in large part through the use of all these illegals that have flooded into the country. According to the last report I saw, we have already spent close to 30 billion dollars this year supporting those that are here illegally. This equates with inviting an armed force to invade the country and providing it with total logistical support so they will not have to be concerned about any incidental items which they might need to accomplish their goals. 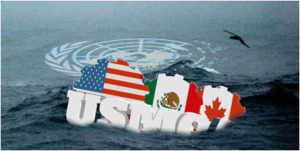 While I wholeheartedly applaud what you are attempting to accomplish at the border Mr. President, I have problems with some of your statements regarding the North American Free Trade Agreement (NAFTA).  You have repeatedly made disparaging comments regarding how disastrous our former agreement has been for America, yet you are now continuing to applaud the “New NAFTA,” the United States Mexico Canada (USMCA) as a “great deal.”  Neither are good for America, and the reality is that the USMCA is far worse than NAFTA.

One has to wonder if you have read what is in this new trade deal and why you would trust Mr. Robert Lighthizer, who is a member of the globalist Council on Foreign Affairs.  I think you are taking the word of your traitorous advisors. I think that if you had read only Chapter 24, you would not be for this agreement. In addition to the contents of Chapter 24 there are many more provisions that you would not agree with but Chapter 24 is certainly enough to reject this trade deal in its entirety.

According to an article in Canada Free Press, this agreement brings in, through the back door, the Law of the Sea Treaty, endorsed by both Clinton and Bush, which was not ratified by the United States. President Reagan rejected it because it demanded technology and wealth transfer from developed nations to undeveloped ones. As compelling as this was to reject it, there were more reasons to do so which were even worse.  President Ronald Reagan didn’t like the idea of establishing an international bureaucracy that would supersede U.S. rights of sovereignty. He knew that other nations would use the Law of the Sea Treaty to work against U.S. interests in ways not imagined in the benign scenarios painted by its supporters.

According to the Washington Standard / Nov. 19, 2018: “The three parties (United States, Mexico, and Canada) recognize Sustainable Development (SD), the lynchpin of United Nations Agenda 21, now morphed into UN Agenda 2030, as an essential ingredient without which trade cannot exist.” 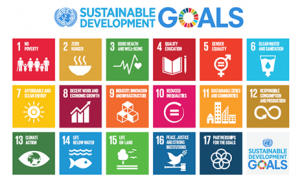 Since USMCA dictates that trade cannot exist without Sustainable Development and a healthy environment with strict guidelines, USMCA then must logically follow the 17 U.N. Sustainable Development goals (SDGs) that are promoted by the U.N. and all its affiliated agencies as follows: no poverty, no hunger, good health, quality education, gender equality, clean water and sanitation, affordable and clean energy, decent work and economic growth, industry, innovation and infrastructure, reduced inequalities, sustainable cities and communities, responsible production and consumption, climate action, life below water, life on land, peace, justice, and strong institutions, and Partnerships for Sustainable Development goals.

The Lord told us we’d always have the poor with us, but the United Nations globalist elite are promoting themselves as gods who can rule the world and her people.  This is another lie…it is all about control.

President Trump, We Need Your Help

Mr. President, just think about the enormity and impracticability of all these SDGs, even if we wanted to abide by them. And according to the agreement, we have to abide by them regardless of our wishes if we expect to have trading privileges. Trade is the object of all this, isn’t it? But what does all this have to do with trade – absolutely nothing. Trade is only the bait with which to draw us into a trap that will incrementally diminish our sovereignty to the point of destroying us as a nation.

This has been the goal that is being pursued through the application of this so-called “free trade” tactic since its very inception close on to 70 years ago, or maybe the inception goes further back than that.  It could have been on the back-burner even prior to the Rockefeller founding of the Council on Foreign Relations (CFR) to bring all this to fruition.

Mr. President, please read the USMCA agreement…you have said little about what it contains, other than you believe it’s a great deal.  But it’s not!  Anyone who reads it can see before going very far into it that it has grave dangers to American sovereignty.

I have to conclude that someone with your intelligence who claims it benefits America, actually reveals that you either haven’t read it, or that your advisers are lying to you. I’m giving you the benefit of doubt, that you are relying on members of your Cabinet to advise you. Mr. President, how can you think these establishment insiders who surround you are trustworthy?  After you were elected, when you were talking about renegotiating NAFTA, the man who became your Secretary of Commerce, Wilbur Ross, made the statement, and I paraphrase, that the Trans Pacific Partnership (TPP) should be the basis for renegotiating NAFTA.

It appears that he got more than his wish because the USMCA is far worse than NAFTA.  Richard Haass, President of the CFR, tweeted, “The USMCA looks to be the trade pact formerly known as NAFTA plus 10-20%.  USMCA is NAFTA plus TPP plus a few tweaks.”

The January 11, 2019, Washington Standard stated, “The USMCA “Trade Agreement” Violates Our Constitution and Sets up Global Government.  The USMCA “Treaty” was negotiated by U.S. Trade Representative, Robert Lighthizer, a member of the Council on Foreign Relations, which works to move the United States into the North American Union (NAU).”

The article goes on to detail how dangerous the Constitutional violations contained in the USMCA Treaty are to American sovereignty, but they are far to lengthy to state here.

For those who are interested in saving our sovereignty, our independence, and what is left of our freedoms, you can help by passing this article on to others.