The fraternal organization that represents the only law enforcement and corrections chiefs who are elected by voters released the following statement in response to Governor Jerry “Moonbeam” Brown signing into law California’s Sanctuary State legislation.

“Americas Sheriffs are saddened and disappointed that Governor Brown signed this reckless bill into law. It is unfortunate that California’s law enforcement has become pawns in this political game, but they will continue to do their jobs diligently to protect their communities.” 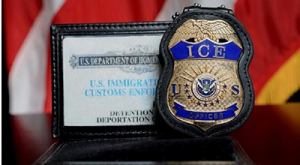 “We also implore leaders in Washington to take action and pass sensible legislation that would prevent careless legislation from hamstringing law enforcement and would give them the tools to combat dangerous policies like this.”

Meanwhile, Immigration and Customs Enforcement (ICE) Acting Director, Thomas Homan, fired a warning shot to the Golden State, telling them that they’d “better hold on tight” in the fight over illegal immigration. In an interview on Fox News Channel’s “Your World with Neil Cavuto,” Director Homan revealed what he thought of the new California law.

“I think it’s terrible,” Homan said.. “If [California Gov. Jerry Brown] thinks he is protecting the community, he’s doing quite the opposite,” Homan said.

“[California’s political leaders are] knowingly putting law enforcement at risk.” Homan also added that, “no matter what California does, the crackdown over illegal immigration will continue.”

The “sanctuary state” law prevents local and state law enforcement from working with ICE officers. To compensate, Homan said that ICE would double its officers in California.

Although the Democrats in California continue what appears to be false bravado for the benefit of their illegal immigrant constituents, Immigration and Customs Enforcement is warning them to avoid interfering in the legal process of arresting the lawbreakers and deporting them back to their home countries.

“In other words. ICE agents will enter California and perform their lawful enforcement. Meaning they will ‘kick butts and take names,’ sanctuary or no sanctuary,” said Raymond Gleason, a former federal law enforcement supervisor.

As directed by presidential executive order, the men and women of ICE began the year with a roadmap of guidance and support to accomplish its homeland security mission. The agency no longer exempts any category of removable aliens from potential enforcement and its efforts are focused on enforcing the law and securing the United States’ border. While this year’s results reflect a great deal of progress, Deputy Director and Senior Official Performing the Duties of Director Tom Homan understands there is still much more work to do. 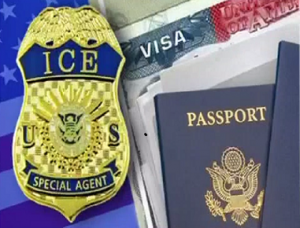 “Throughout the organization,” Homan said, “our deportation officers and special agents succeeded across a broad range of initiatives and operations. From disrupting and dismantling illegal drug trafficking networks to arresting and removing aliens, including criminals who are too often released back into our communities, our workforce came together in 2017 to do what we do best – enforce the law.”

Despite numerous stories and allegations in the media falsely accusing ICE of conducting indiscriminate raids and sweeps, the fact is that 92% of all aliens arrested by ICE this year had criminal convictions, pending criminal charges, were an immigration fugitive, or were an illegal re-entrant.