“Don’t be satisfied with the Mueller report. This is bound to happen again because these arrogant, condescending, lying, leaking haters of you and me and the America that doesn’t have power, will do it again unless we stop them. And the only way to stop them is with justice. True justice- behind bars justice,” Judge Jeanine Pirro, Fox News Channel, Author of Radicals, Resistance and Revenge: The Left’s Plot to Remake America.

On Wednesday morning, the nation’s lawmakers, news correspondents, political operatives, government law enforcement and intelligence officers, as well as interested partisans within the two major political parties and the smaller organizations — such as the Libertarian Party, the Green Party, the Constitution Party of America and others — were practically glued to the floor of the U.A. Senate. It was a big day for the Senate Democrats: They were going to be briefed by Attorney General Bill Barr on the recently released Special Counsel Robert Mueller’s report that he and his legal team of partisan Democrats admitted contained no criminal allegation. 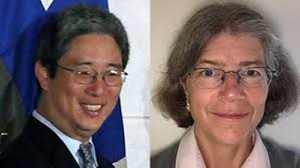 However, the Senate hearing regarding the Mueller Report gave Democrats the ability to resort to name-calling, conjecture, providing unsubstantiated information and turning the concept of “innocent until proven guilty” on its head. It also showed how weak-kneed most of the Republicans are since they still control the Senate and it’s oversight committees and yet they are allowing their opposition in the Democratic Party and the leftist news media to smear and sneer [at] the GOP without providing any corroboration.

What the Democratic Party’s plan to control the media narrative didn’t expect was that many Americans have dropped or limited their news reading and/or ceased their listening/watching news outlets such as CNN, MSNBC, ABC, CBS, NBC, etc. 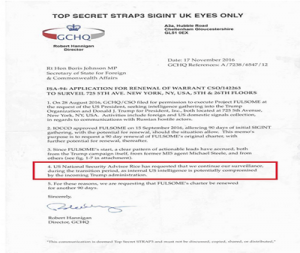 One news story that will be given the old “quick shrift” undoubtedly will be the news media coverage of Nellie Ohr’s referral to the Department of Justice for an investigation into her connection between her employer, the well-known private intelligence firm in Britain known as Fusion GPS , which just happened to hire Nellie Ohr, who is married to one of the top attorneys at the Justice Department.

According to a number of news accounts and Beltway scuttlebutt, Nellie Ohr is the wife of Department of Justice official Bruce Ohr. Ohr reportedly worked on the Hillary Clinton Email Case and then he worked on the case of Trump-Russia Collusion.

Mrs. Ohr was hired by Glenn Simpson (Fusion GPS) to conduct opposition research of Donald Trump in late 2015.  Nellie Ohr’s work was then used by former MI6  spy, Christopher Steele, in putting together a “Dirty Dossier” which was then shared with out-of-control partisans at the DOJ and FBI to target President Trump. 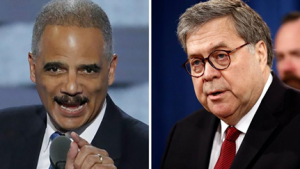 U.S. Sen. Ted Cruz (R-Texas), member of the Senate Committee on the Judiciary, today questioned Attorney General Bill Barr on the Department of Justice’s report on their investigation into Russian interference in the 2016 presidential election during a full committee hearing. There, Sen. Cruz highlighted Democrats’ failed attempts to denounce the validity of the Mueller report based off their biased party-line views against President Trump.

“I think this hearing today has been quite revealing to anyone watching it. Although perhaps not for the reason some of the Democratic Senators intended,” Sen. Cruz said. “One thing that’s revealing in the discussions and questions that came up, a word that occurred almost none at all, is the word ‘Russia.’ For two and a half years, we heard Democratic senators going on and on and on about Russia collusion. Instead, the principle attack that the Democratic senators have marshalled upon you concerns this March 27th letter from Robert Mueller. And it’s an attack that I want people to understand just how revealing it is. If this is their whole argument, they ain’t got nothing,” Cruz quipped during the Barr hearing.

Watch Sen. Cruz’s line of questioning here and/or read the full transcript is below: 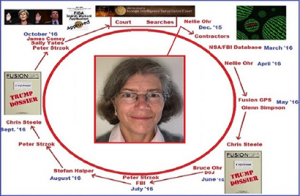 Sen. Cruz: “Let me start by just saying thank you. You’ve had an extraordinarily successful legal career. You didn’t have to take this job. And you stepped forward and answered the call, yet again, knowing full well that you would be subject to the kind of slanderous treatment, the Kavanaugh treatment, that we have seen of senators impugning your integrity. And I, for one, am grateful that you answered that call and are leading the Department of Justice both with integrity and fidelity to law. That is what the nation rightly expects of our attorney general, and I believe you are performing that very ably.

“I think this hearing today has been quite revealing to anyone watching it. Although perhaps not for the reason some of the Democratic Senators intended.

“One thing that’s revealing in the discussions and questions that came up, a word that occurred almost none at all, is the word “Russia.” For two and a half years, we heard Democratic senators going on and on and on about Russia collusion. We heard journalists going on and on about Russia collusion. Alleging, among other things, some using extreme rhetoric, calling the president a traitor. We heard very little of that in this hearing today. Instead, the principle attack that the Democratic senators have marshalled upon you concerns this March 27th letter from Robert Mueller. And it’s an attack that I want people to understand just how revealing it is. If this is their whole argument, they ain’t got nothing.

“So, their argument is as follows–let me see if I understand it correctly. You initially, when you received the Mueller Report, released to Congress and the public a four-page summary of the conclusions. Then on March 27th, Mr. Mueller asked you to release an additional nineteen pages, the introduction and summary that he had drafted. And indeed, in the letter what he says is, quote, ‘I am requesting that you provide these materials to Congress and authorize their public release at this time.’ And the reason he says, ‘It is to fully capture the context, nature and substance of the office’s work and conclusion.’

“And so, you did not release those 19 pages at that time. Instead, a couple of weeks later you released 448 pages. The entire report which includes those nineteen pages. Do I have that timeline correct?”

Sen. Cruz: “So, their entire argument is: General Barr, you suppressed the 19 pages that are entirely public, that we have, that we can read, that they know every word of it, and their complaint is it was delayed a few weeks. That was because of your decision not to release the report piecemeal but rather to release those 19 pages along with the entire 448 pages produced by the Special Counsel?”

Sen. Cruz: “If that is their argument, I have to say that is an exceptionally weak argument. Because if you’re hiding something, I’ll tell you right now Attorney General Barr, you’re doing a lousy job of hiding it. Because the thing they suggesting you hid, you released to Congress and the American people. So if anyone wants to know what’s in those 19 pages that are being so breathlessly, ‘Oh, Bob Mueller said release the 19 pages.’ You did. You did it a couple of weeks later. But, we can read every word of the 19 pages along with the full report.

“In your judgment was the Mueller report thorough?”

Sen. Cruz: “Did they expend enormous time, energy and resources in investigating and producing that report?”

Sen. Cruz: “And the Mueller report concluded, flat out, on the question of Russian collusion the evidence did not support criminal charges?”

Sen. Cruz: “And indeed the Mueller report, if I have these stats right, was compiled by 19 lawyers who were on the team, approximately forty FBI agents, intelligence analysts, forensic accountants, and professional staff. The Special Counsel issued more than 2,800 subpoenas, nearly 500 search warrants, more than 230 orders for communication records, almost 50 orders authorizing the use of pen registered, 13 requests to foreign government for evidence and interviewed approximately 500 witnesses. Is that correct?”

Sen. Cruz: “So, we have investigated over and over and over again. And the substance of the accusations that have been leveled at the president for two and a half years have magically disappeared. Instead, the complaint is the 19 pages that we can all read that is entirely public could have been released a few weeks earlier. Oh, the calamity.

“Let me shift to a different topic that has already been addressed already quite a bit. I believe the Department of Justice under the Obama administration was profoundly politicized. And was weaponized to go after political opponents of the president.

“If that is the case, would you agree that politicizing the Department of Justice and weaponizing it to go after your political opponents is an abuse of power?”

Attorney General Barr: “I think it’s an abuse of power regardless of who does it.”

Sen. Cruz: “To the best of your knowledge, when did surveillance of the Trump campaign begin?”

Attorney General Barr: “The position today appears to be that it began in July. But I do not know the answer to the question.”

Sen. Cruz: “It is an unusual thing, is it not, for the Department of Justice to be investigating a candidate for president, particularly a candidate from the opposing party of the party in power?”

Sen. Cruz: “Do we know if the Obama administration investigated any other candidates running for president?”

Sen. Cruz: “Do we know if they wiretapped any other–”

Attorney General Barr: “I’m sorry. I guess they were investigating Hillary Clinton for the email, the email thing.”

Sen. Cruz: “Do we know if there were wiretaps?

Sen. Cruz: “Do we know if there were efforts to send investigators in wearing a wire?”

Sen. Cruz: “So, General Barr, I would urge, you have had remarkable transparency. You promised this committee you would with regard to the Mueller report. You promised this committee and the American people you would release the Mueller report publicly. You have released the report. Anyone can read it, it’s right here. I appreciate that transparency. I would ask you to bring the same transparency to this line of questioning about whether and the extent to which the previous administration politicized the Department of Justice, targeted their political rivals, and used law enforcement and intelligence assets to surveil them improperly.”