Under President Trump’s predecessors, leaks of national security information were relatively rare, even with America’s vibrant free press. Under President Trump, leaks are flowing at the rate of one a day, an examination of open-source material by the majority staff of the Committee on Homeland Security and Governmental Affairs shows. 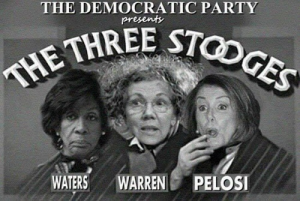 Articles published by a range of national news organizations between January 20 and May 25, 2017 included at least 125 stories with leaked information potentially damaging to national security. Even a narrow search revealed leaks of comparable information during the Trump administration that were about seven times higher than the same period during the two previous administrations.

From the morning of President Trump’s inauguration, when major newspapers published information about highly sensitive intelligence intercepts, news organizations have reported on an avalanche of leaks from officials across the U.S. government. Many disclosures have concerned the investigations of alleged Russian interference in the 2016 election, with the world learning details of whose communications U.S. intelligence agencies are monitoring, what channels are being monitored, and the results of those intercepts. All such revelations are potential violations of federal law, punishable by jail time.

But the leak frenzy has gone far beyond the Kremlin and has extended to other sensitive information that could harm national security. President Trump’s private conversations with other foreign leaders have shown up in the press, while secret operations targeting America’s most deadly adversaries were exposed in detail.

As the New York Times wrote in a candid self-assessment: “Journalism in the Trump era has featured a staggering number of leaks from sources across the federal government.” No less an authority than President Obama’s CIA director called the deluge of state secrets “appalling.”

These leaks do not occur in a vacuum. They can, and do, have real world consequences for national security. To ensure the security of our country’s most sensitive information, federal law enforcement officials ought to thoroughly investigate leaks of potentially sensitive information flowing at an alarming rate.

Under the direction of Senator Ron Johnson, Chairman of the Senate Committee on Homeland Security and Governmental Affairs, majority committee staff examined media leaks between January 20, 2017, and May 25, 2017—President Trump’s first 126 days in office. The examination consisted entirely of publicly available news articles; no classified information was accessed or reviewed. The inquiry found: 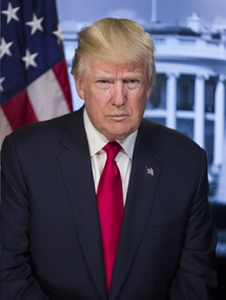 Many watchdog-group reports and news stories have revealed the serious deficiencies that exist are blamed on Obama’s CIA director John Brennan for allowing what was supposed to be a non-political bureaucracy into a politically-motivated subsidiary of the Democratic National Committee.

While the investigation of alleged collusion between the Trump for President campaign and operatives working for Russia’s President Vladimir Putin does not appear to be bearing fruit, it does prove how easily computer hackers have exposed classified intelligence from the once premiere spy network.

In fact, according to a number of reports coming from watchdogs such as Judicial Watch, the Clarion Project, Larry Klayman’s Freedom Watch, and others, the CIA and FBI have conceded that it may have been insiders illegally divulging classified information and that the CIA is currently searching for the traitorous leakers.

In addition, the former Director of Central Intelligence, John Brennan, allegedly worked feverishly to undermine Donald Trump’s presidential campaign by leaking intelligence obtained from Great Britain and European Union countries. It’s already been revealed that a British top-secret signal-intelligence agency sent reports to Obama or his minions who then leaked them to the world’s news media.

“During former FBI Director James Comey’s testimony in front of the Senate, he actually admitted he leaked information. In fact, the coward didn’t have the b*lls to do it himself — he had a professor-friend leak the info,” according to former attorney and political consultant Theo Doreapoulos.

According to Trump insider, Roger Stone, “[T]he standard operating procedure for the intelligence agencies is that they go to a third-party nation and they ask them to conduct the surveillance so that the CIA can play dumb. So, they have not violated the law, technically. Judge Napolitano turns out to be absolutely right and I think folks at FOX management, owe him an apology. I want to learn more about this because I still think we are going to learn that the ‘deep state,’ the 17 intelligence agencies, have promulgated this myth of Russian collusion because it is the rationale they used to surveil Donald Trump and his aides. And that would mean that there is no Russian collusion proven, and their motive was solely political. That’s Watergate times 10.”

“While opponents of President Trump have become emboldened in the wake of General Flynn’s resignation as the National Security Adviser, and while the media has reveled in a frenzy of self-righteous outrage that conceals its glee, it is important to observe that his resignation was sparked by leaked information coming from unelected bureaucrats within our nation’s intelligence apparatus, seemingly provoked by their deep distaste for the new administration. Even more ominously, some of these bureaucrats are perhaps motivated by their loyalties to the Obama administration,” said Jay Sekulow, a public-interest attorney who often argues cases before the U.S. Supreme Court.

Sekulow also said, “Someone in the Obama Administration unmasked the names of those on the Trump transition team who were caught up in that surveillance. That someone was discovered to be Susan Rice who served Obama as the national security adviser and gained a reputation as a dishonest political hack and liar.”

“Now we know this goes far beyond incidental surveillance. This was spying on political enemies,” he added.

“Mr. Brennan is, at best, willfully blind to the threat posed to homeland and national security of the United States by those who adhere to Shariah law,” said Tom Trento, executive director of the Florida Security Council, who has been critical of Brennan’s service in the Obama White House.