Skip to content
Home/April 2020, Opinions/Non-Essential Churches and the Failure of America’s Pulpits

Non-Essential Churches and the Failure of America’s Pulpits 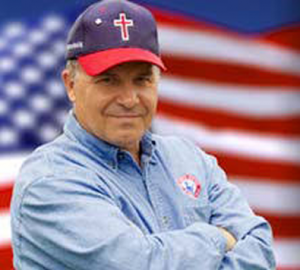 Let me say right up front that I proudly stand with recently arrested Pastor Rodney Howard-Browne.

I am sure that is alarmingly to some of my less “awake” fellow American Christians who are convinced that the job of the government is to regulate the church. Some of the responses that I have read on Facebook regarding his arrest are striking evidence of the failure of America’s pulpits.

Somewhere along the line pastors have convinced their goats that “obeying the government” is the “duty” of good “law abiding” Americans.  They love to cite Romans 13 as a reason for their flocks kowtowing to wickedness.  The same guy, the Apostle Paul, who wrote Romans 13 also instructed his followers to “have nothing to do with the unfruitful works of darkness, but rather, expose them.”  Expose what?  Unfruitful works of darkness.

Darkness connotes evil and evil is recognized by what it destroys.  Jesus warned us that “you shall know them by their fruit.”  In other 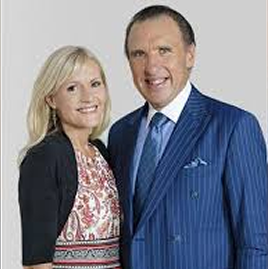 words, only good works can produce fruit.  Dark works destroy.  They are unfruitful.  We are called to examine the fruit and have nothing to do with anything that does not produce good fruit.

But what determines what is good and what is bad?  What is the standard by which such judgments should be made?   “I hear tell the road to hell is paved with good intentions.”  Good intentions do not necessarily produce good fruits.  Take public welfare for instance.  The intent of the program was to provide food and shelter for those who were in need.  But even though the intent was good the results of the government welfare program has been devastating to America.  Robbing from the rich to give to the poor sounds like a great thing to do but it is destructive.

It steals fruit.  It produces nothing.  Government welfare is the “unfruitful works of darkness.”

Government can be both good and bad.  Good government is productive when it produces good fruit.  Bad government destroys.  All you have to do is look at most major American cities.  Entire neighborhoods and people groups have been destroyed by the benevolence of government social engineering which determined that it is good to steal from the wealthy and give to the poor.

There was a time in America when the “welfare” of the people was the responsibility of the church.  Have you ever heard of the Salvation Army?  I remember my father strumming his guitar and singing;

The Salvation Army represented the Church.  The SALVATION Army was concerned with men’s SOULS.  They reached the soul by going through the stomach.  They fed the “bums” and then led them to Christ.  Their goal was not to FEED the hungry, but to SAVE the hungry.  Hence, SALVATION army.  They are still around today, but they are more renowned for feeding PEOPLE at disasters than for saving SOULS from disaster.

Thanks to LBJ and his Great Society, feeding the poor is now the job of government so churches are free from the financial responsibility of helping the poor and can now focus more on prosperity of the church members.  The church now looks to the government to help the downtrodden and as a result most churches have become less essential than Wal-Mart.

I don’t know about where you live, but in my local town all the stores are open and all of the churches are closed.  Churches, sorry to say, have made themselves non-essential.  The Government is now God and most of America’s churches happily obey their government task masters.

The church is supposed to serve soul food.  I guess that is no longer considered essential.  Who needs to go to church for “fellowship” when Facebook is one screen-swipe away.  Maybe Jesus will be your Facebook friend!

Planned Parenthood is now an essential business. They kill babies. Eight states have ordered them closed as non-essential, yet in every state but Texas they continue to operate. PP sued for the right to remain open.  Not one CHURCH considered the government-ordered church closing worthy of a court challenge.  Baby murder is essential.  Feeding the souls of people is not.

Dr. Howard-Browne has received the scourge of the non-essential churches.  How dare he defy the order of the government and put the lives of people at risk!  The fools miss the entire point!  Browne IS concerned about the people.  He is concerned about their SOULS.  He believes they need SPIRITUAL nourishment in this time of famine.

Most of America’s churches are spiritually dead.  Jesus told us that “greater love has no man than this that he would lay down his life for his friends.”  Jesus walked right into the midst of the lepers and healed them.  He never told his followers to “social distance” from those who were soul-sick.

Dr. Browne is not a law-breaker as some have alleged. He is a law KEEPER…adherent to a higher law.  The GOVERNMENT IS NOT GOD despite what your pastor may have convinced you. Planned Parenthood is still open as the government jails a pastor for opening the church doors.  I guess the government and the pastors both agree that Spiritual nourishment is non-essential. The government is not God.  We are One Nation UNDER God. Wake up !!