Following the surprise election of outsider Donald Trump to our nation’s highest elective office — a victory that sent shivers up and down the spines of the Washington, D.C. denizens — the elites realized they were in a fight for their very existence and their religious zeal is misplaced by the left’s adherence to principles — abortion, euthanasia, homosexual

The American people will never know how many tears were shed over their precious Hillary Clinton’s failure to win an election on Nov. 6, 2016. The socialists suddenly found that they needed to revise the plan emanating from the Deep State controllers and contributors so that they could push their radical leftist laws, regulations and policies. 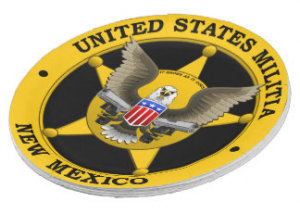 From the beginning, Pope Francis has displayed to the world his distaste for — and disrespect to — Trump and his administration. For instance, the Pope continues his enormous opposition to Trump’s “get tough” immigration policies and his Border Wall project that is being incorporated into the overall illegal alien criminal policies and procedures.

“Basically, from what we’ve gleaned from the Wikileaks and DCLeaks material, the Pope is actually colluding with one of the world’s wealthiest — some say wickedest — neo-Socialist who is hell bent in creating a single ruling entity for the entire planet. His vision dwarfs even the world described by George Orwell in his cautionary tale 1984,” claims political consultant and attorney Michael Baker.

Baker believes that of all the pontiffs sitting on the Vatican throne Pope Francis is the closest to an irreligious Marxist by far. “The fact is our Pope is from South America, which is arguably a hotbed of Marxism, neo-Socialism and totalitarian communism. It gave this Pope a different perspective from those coming from European nations,” Baker noted.

Pope Francis has donated $500,000.00 dollars to assist migrants in Mexico. The funds, from the Peter’s Pence collections, will be distributed among 27 projects promoted by sixteen Mexican dioceses and religious congregations, which requested assistance in continuing to provide food, lodging, and basic necessities to the migrants.

From the moment Donald Trump became president of the United States, Pope Francis has been relentlessly attacking him personally and politically regarding illegal immigration. Pope Francis believes that illegals should have free access to the United States anytime they so choose, our laws regarding immigration notwithstanding. Now it has been revealed that the Roman pope has put his money where his mouth is, and has begun funding the migrant caravans that wish to illegally gain access to America.

This is a pretty bold move considering that the Roman pontiff is supposed to be a “man of peace”, but Jorge Mario Bergoglio is nothing of the kind. Remember that he is not only the pope of the Roman church, he is also the king of the Roman Vatican city state known as the Holy See. Francis is a man of war, a man of conquest, and will not sit idly by and allow America to operate as a sovereign nation.

Pope Francis has just moved against the United States to assert his will on how America’s borders will be operated by personally funding the caravans. No one, anywhere in the world, has the “right” to enter the borders of any sovereign nation. No one. We take in people when we can because we are a compassionate people, but entrance to the United States is not anyone’s “right”. So what should our response be to this obvious act of war by the Roman king of Vatican City? 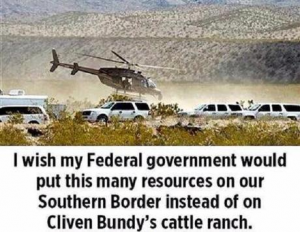 FROM THE VATICAN: According to a statement from Peter’s Pence, “In recent months, thousands of migrants have arrived in Mexico, having travelled more than 4,000 kilometres on foot and with makeshift vehicles from Honduras, El Salvador and Guatemala. Men and women, often with young children, flee poverty and violence, hoping for a better future in the United States. However, the US border remains closed to them.”

In particular, the aid is intended to assist the more than 75,000 people who arrived in Mexico in 2018, in six migrant caravans. “All these people were stranded, unable to enter the United States, without a home or livelihood”, the statement reads. “The Catholic Church hosts thousands of them in hotels within the dioceses or religious congregations, providing basic necessities, from housing to clothing”.

Although a great deal of attention was focused on the caravans at the time, the Peter’s Pence statement notes that “media coverage of this emergency has been decreasing, and as a result, aid to migrants by the government and private individuals has also decreased”.

The statement from Peter’s Pence insists that “a regulated and transparent use of the resources, which must be accounted for, is required before the aid is assigned”. It notes that thirteen projects have already been approved, with another fourteen currently being evaluated.

“Thanks to these projects”, the statement concludes, “and thanks to Christian charity and solidarity, the Mexican Bishops hope to be able to continue helping our migrant brothers and sisters.”