“Although [former President] Barack Obama and his wannabe successor Hillary Clinton believe a presidential priority is disarming Americans or at least minimizing their access to firearms, they are arguably two of the world’s biggest gun-runners. Examples are the Fast & Furious scandal in Mexico and the Benghazi arms trafficking in which Libyan weapons were collected and given to Syrian jihadists to fight [Syria’s] dictatorship.” —Former police captain Joanne Pinzario.

In Congress, the then-bipartisan group known as the “Gang of Eight,” at a minimum, knew of the operation to aid and abet America’s jihadist enemies by providing them with material support. So said Clare Lopez, a former CIA intelligence officer and the primary author of Citizen’s Commission on Benghazi (CCB) interim report, titled How America Switched Sides in the War on Terror.

The ripple effects of the illegal policy to arm America’s enemies continue to be felt as the U.S. military is currently leading a war against Islamic State of Iraq and Syria (ISIS) and Al-Qaeda terrorists, according to Lopez.

Secretary of State Hillary Clinton — as did many bureaucrats at the State Department — knew that the U.S. was collecting — many times buying – and sending arms from Benghazi, Libya to Syria back in 2011, a year before the Benghazi consulate/CIA station attacks.

Hillary Clinton denied she knew about the weapons shipments during public testimony (under oath) in early 2013 after the deadly Benghazi terrorist attack.

Syria through Benghazi and were warned about rise of ISIS. 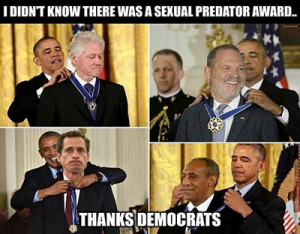 Clinton lied about this under oath which was another crime of perjury. Fitton believes this may be why General Flynn was so desperately targeted by the Deep State. These deep state hacks are criminals.

In its final report on the death of U.S. Ambassador Chris Stevens and three other Americans in Libya, the GOP-controlled House Select Committee on Benghazi failed to provide meaningful answers or accountability on the most serious issues and questions surrounding the attack.

Chief among those issues was the Obama administration’s bizarre and unconstitutional decision, based on a United Nations resolution, to join with al-Qaida and other Islamists in the war on a former U.S. terror-war ally, Libyan dictator Moammar Gaddafi. Another crucial issue left essentially unaddressed was the Obama administration’s lawless gun-running programs delivering weapons to known terrorists in Libya, and later to dangerous jihadists in Syria.

While the report did highlight certain blatant lies by the administration — the deliberate lie about a “spontaneous protest” over an “anti-Muslim video,” for example — critics blasted the congressional probe as a whitewash and a wasted opportunity. Even some lawmakers spoke out.

The same people involved in gun-smuggling to Mexico that became known as the Fast and Furious Scandal, were also responsible for smuggling weapons from Libya to the Syrian terrorists trying to overthrow Syria’s Assad Regime, according to information revealed.

Obtained documents released by a watchdog group that investigates and exposes corruption and criminal activity by government officials and agencies provides evidence that then-Secretary of State Hillary Clinton and other senior officials, as well as President Barack Obama, deceived the American people regarding the Sept. 11, 2012, Benghazi U.S. consulate massacre.

The pages released show that top administration officials were handed intelligence reports within hours of the attack that stated the Islamic terrorists’ actions had been planned up to 10 days before the attack and the goal was simply to to assassinate as many Americans as possible. 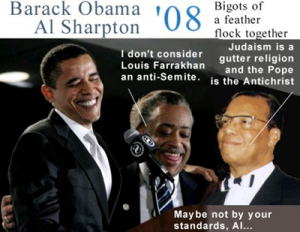 The documents also confirms the suspicions that U.S. government officials were well aware of weapons being shipped from Benghazi to Syria for use by rebel forces against the Assad regime, according to Judicial Watch. In addition, the document-release contains an August 2012 analysis of intelligence that predicted the meteoric rise of al-Qaida in Iraq terrorists who morphed into the Islamic State of Iraq and Syria. It also the predicted failure of Obama’s foreign policy aimed at regime change in Syria.

In an overly redacted copy of a memorandum dated Sept. 12, 2012 — the day after the Bengahzi slaughter of four Americans including a U.S. ambassador — the Defense Intelligence Agency (DIA) reported to Hillary Clinton, then-Secretary of Defense Leon Panetta, the White House National Security Council and the U.S. military’s Joint Chiefs of Staff that the Islamic terrorists planned their attack about 10 or more days prior to the slaughter that occurred on the day the U.S. acknowledged the 11th Anniversary of the attacks in New York, Washington, D.C., and Pennsylvania that killed about 3,000 people.

The terrorists intended to attack the sparsely protected U.S. diplomatic mission and to assassinate as many American officials as possible. The motive for the attack appeared to be revenge for U.S. killing of Abu Yahya al-Libi, a high-level Al Qaida terrorist killed by U.S. drone strikes in North Waziristan.

According to Judicial Watch’s analysis of the documents, the Benghazi attack was planned and perpetrated by members of the Brigades of the Captive Omar Abdul Rahman (BCOAR). BCOAR is also responsible for past attacks on the Red Cross in Benghazi and the attack on the British Ambassador. They have approximately 120 members.” Rahman [a/k/a “The Blind Sheik”] is currently locked up in a federal prison in New York for his role in the 1993 bombing of the World Trade Center which killed six people in New York. He is serving a life sentence.

The redacted DIA memo identified the leader of BCOAR as being Abdul Baset (AZUZ). The memo reveals that he was sent to Libya to “core” al-Qaida’s replacement for Osama bin Laden, Ayman al-Zawhari, to being creating al-Qaeda bases and training camps in Libya. Baset is described as not being “a charismatic leader, but rather just a violent radical.” The memo also states that the majority of BCOAR’s members are “under the age of 28 with a large number between the ages of 17-21 years of age.”

The DIA reported that BCOAR built their headquarters and a training facility in Libyan city of Derna. “They train in the mountains surrounding Derna where they have large caches of weapons. Some of these weapons are disguised as feeding troughs for livestock. They have SA-7 and SA-23/4 MANPADS, as well as unidentified missiles over two meters in length,” the memo states.

Judicial Watch, a group that has been successful in breaching the government’s “stonewalls,” obtained the documents after U.S. District Court Judge Katanji Brown Jackson ordered their release after the watchdog group’s Freedom of Information Act (FOIA) request to the Department of Defense had been denied. Judicial Watch was then forced to file a lawsuit for the requested documents and related material.

The documents totally contradict statements made by Hillary Clinton and other national security and diplomatic officials appointed by President Obama about the Benghazi attack. They claim the murder of four Americans, including Ambassador Chris Stevens, and the destruction of American property was a result of anger by Muslim civilians who were enraged by obscure YouTube video by an American filmmaker that denigrated the Muslim religion.

“These documents… point to [the] connection between the collapse in Libya and the ISIS war – and confirm that the U.S. knew remarkable details about the transfer of arms from Benghazi to Syrian jihadists,” stated Tom Fitton.

It wasn’t until faced with overwhelming evidence that President Obama, Secretary of State Hillary Clinton and other members of the administration finally conceded that the attack was perpetrated by a group of Islamic terrorists.

In response to the documents, Judicial Watch’s President Tom Fitton said, “These documents are jaw-dropping. No wonder we had to file more FOIA lawsuits and wait over two years for them. If the American people had known the truth – that Barack Obama, Hillary Clinton and other top administration officials knew that the Benghazi attack was an al-Qaida terrorist attack from the get-go – and yet lied and covered this fact up – Mitt Romney might very well be president. And why would the Obama administration continue to support the Muslim Brotherhood even after it knew it was tied to the Benghazi terrorist attack and to al Qaeda?”

“These documents also point to [the] connection between the collapse in Libya and the ISIS war – and confirm that the U.S. knew remarkable details about the transfer of arms from Benghazi to Syrian jihadists,” stated Tom Fitton. “These documents show that the Benghazi cover-up has continued for years and is only unraveling through our independent lawsuits. The Benghazi scandal just got a whole lot worse for Barack Obama and Hillary Clinton.”