In the midst of pushing a “false flag” — that President Donald Trump colluded with the Russians and President Vladimir Putin to steal the presidency from Hillary Clinton — members of the news media are purposely ignoring the real incidents of Russian collusion.

An already lawless President Barack Obama and his inner-circle allegedly protected members of a notorious and Islamist group based in Lebanon, Hezbollah, from prosecution to save the Iran nuclear deal, a well-researched and reliable report claims. 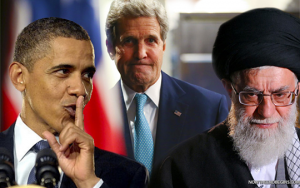 Under both Obama Attorneys General — Eric Holder and Loretta Lynch — their operatives in the Justice Department’s Drug Enforcement Administration (DEA) had been working for almost a decade on an emerging narco-terrorism connection involving Hezbollah, the Taliban and Mexican Drug Cartels.

The DEA agents hoped to smash the Lebanon-based Shi’ite Islamic organization’s sophisticated billions-a-year drug ring. The DEA suspected Hezbollah funding its weapons purchases by sneaking large shipments of pure cocaine into the United States and laundering the profits by buying used cars stateside and shipping them to Africa for resale.

According to a news story by Jim Kouri appearing in a past edition of “Homeland Security U.S.” published by the Northeast Intelligence Network:

“For many years, Hezbollah was synonymous with terror, suicide bombings and kidnappings. In 1983, militants who went on to join Hezbollah’s ranks carried out a suicide bombing attack that killed 241 US marines in Beirut, which lead to President Ronald Reagan’s withdrawal order for all US military peacekeepers.

“In May 2000 — due to the success of the party’s military arm — one of its main aims was achieved. Israel’s military was forced to end almost 20 years of occupation in southern Labanon. Hezbollah now serves as an inspiration to Palestinian factions fighting to liberate more territory. The party has embraced the Palestinian cause and has said publicly that it is ready to open a second front against Israel in support of the intifada.

“Hezbollah’s political rhetoric’s central theme is the total annihilation of the state of Israel. Its definition of Israeli occupation has also encompassed the idea that the whole of Palestine is occupied Muslim land and it has argued that Israel has no right to exist. Hezbollah’s spiritual head Sheikh Fadlallah is close to Iranian government and is believed responsible for the vitriolic speeches of the Iranian president.” 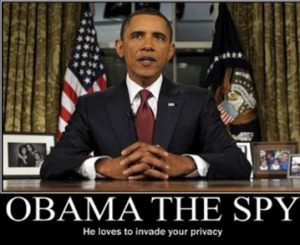 Unfortunately for the DEA, the departments of Justice and Treasury delayed and rejected prosecution and sanctions requests from the team that had exposed the Iran-backed criminal network because the Obama White House feared “rocking the boat” with Hezbollah’s financial supporters in Iran, from whom the Obama team wished to get a nuclear agreement.

In a statement, Pittenger said:

These revelations are shocking and infuriating.

While American soldiers were bravely fighting ISIS terrorists, with some paying the ultimate price, the Obama administration reportedly was protecting Hezbollah terrorists who were funding themselves by trafficking illegal drugs. No wonder President Obama couldn’t bring himself to call them “Radical Islamist Terrorists.”

This is the same administration that sent $1.7 billion in cash ransom to Iran.

The growing nexus between terrorist organizations and Latin American drug cartels poses a grave threat to our national security, especially considering the porous state of our southern border. Last month, I hosted a forum in Buenos Aires for 220 Members of Parliament and government officials from 15 South American countries with government and private sector experts to address the critical challenge of intercepting drug related funding of terrorism.

The letter, which was sent to Rep. Trey Gowdy (R-SC), chairman of the House Committee on Oversight and Government Reform, was also provided to Independent Journal Review.

After explaining the severity of the issue at hand, Pittenger stated the following in the letter:

I respectfully request that the House Committee on Oversight and Government Reform:

Due to the severity of this matter and my engagement on these issues with our Latin American partners, I am happy to testify in front of your subcommittee to offer any expertise. Thank you again for your consideration.

Rep. Robert Pittenger (R-NC) is chairman of the Congressional Task Force on Terrorism and Unconventional Warfare, on which he works to strengthen America’s relationship with the Middle East and Europe to combat terrorism. He is also vice chairman of the Bipartisan Task Force to Investigate Terrorism Financing, on which terrorist financing is tracked and cut off.