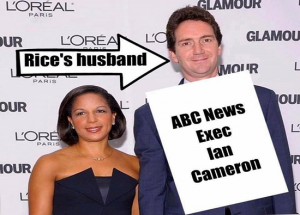 According to a growing number of sources, the woman who went on television news shows and openly lied repeatedly about the Battle of Benghazi leaked the identities of the GOP presidential candidate and his staff.

Veteran Bloomberg News reporter Eli Lake, who is celebrated as a reliable and honest newsman, reported that it was Obama’s dishonestly partisan National Security Adviser Susan Rice who was the person who ordered the “un-masking” of the U.S. persons in raw intelligence reports. Lake also reported that she directed intelligence officials to unmask — identify — members of the Trump transition team.

It’s also reported that White House officials had knowledge of Rice’s involvement for about a month. “Members of the National Security Council reviewing U.S. intelligence community’s un-masking policy by the new administration discovered that Rice, one of Obama’s closest staff members, was involved in alleged criminal behavior. She and others were risking the disclosure of people’s conversations who were not targets of wiretaps and other electronic eavesdropping,” said former military intelligence operative and police detective Sid Franes.

“For crying out loud, these are Americans being victimized by radical politicians who in turn are attacking the Trump presidency with the help of the majority of news organizations,” he added. 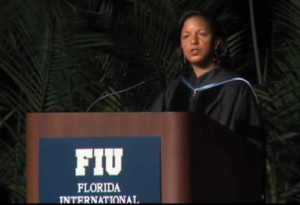 As Adam Housley of Fox News revealed, “[N]ames of the Trump transition team were unmasked by a senior member of the Obama administration who used the un-masking for political purposes.”

Housley also reported that when communications of American citizens are incidentally picked up during the surveillance of others their identities are to remain secret so their names are usually redacted or identified by a generic term such as “American One.”

Instead of asking the appropriate committees in the House and Senate to probe the nation’s vulnerability to foreign espionage — especially cyber espionage — the Democrats wish to create an ad hoc or select committee to investigate the alleged cyber crimes perpetrated against their own political party. In addition, the supporters of the New World Order, both Democrats and Republicans serving in both houses of the U.S. Congress continue their baseless accusations of collusion by the Trump campaign and the Russian government especially its political strongman President Vladimir Putin.

Intelligence collection is no longer limited to classified national defense information but now includes targeting of the elements of national power, including our national economic interests. Moreover, foreign intelligence tradecraft is increasingly sophisticated and takes full advantage of advances in communications security and the general openness of US society. 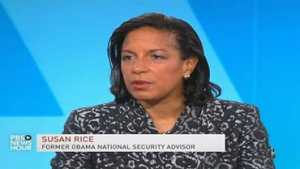 In order to meet these challenges, the Foreign Counterintelligence Program is being redesigned to become more nationally focused and directed. Through a more centralized program, the FBI will ensure its ability to establish priorities, be more proactive, and better engage other intelligence community agencies so that cooperation in important cases is immediate and seamless.

The FBI plays an essential role in the US government’s counterintelligence efforts and has the responsibility to produce domestic foreign intelligence in support of other members of the intelligence community.

The FBI also has the responsibility to oversee the integration of domestic law enforcement and intelligence efforts to address intelligence threats in support of Director of Central Intelligence imperatives. The counterintelligence strategy involves centrally managed, proactive, and nationally directed initiatives, with prioritized and strategic objectives that support DCI imperatives, overseen by experienced headquarters managers.

Government support of critical national research and development initiatives in a large number of agencies and involving thousands of government contractors must be protected. Compromise of these initiatives by those hostile to the United States would do irreparable harm. The FBI must effectively meet its responsibility to assess the threat against those projects and, with other Intelligence Community agencies, initiate operations to counter the threat, say many security experts.