Only The Righteous Hear The Truth

In almost all human endeavor, the goodness in man almost always triumphs over evil in the heart.  However, we spend so much time focusing on evil we tend to overlook the power of our goodness, both individually and collectively.  The artificial glimpse of the world we are forced to absorb through our eyes and ears when we watch TV, listen to the radio, or read a newspaper, is far removed from the day-to-day reality of our lives.  Fortunately, the glue of family and the love between man, woman and child, manage to hold us together in spite of the distorted window through which we perceive the rest of the world, local, national, or international.

Throughout history the power of man’s goodness has prevailed time and time again in our daily lives and in national and international conflict.  Many righteous wars have been fought, at great human cost, to right the wrongs of evil men and brutal dictators.  Goodness has prevailed in those conflicts.

Christianity and Judaism arose out of the darkness of antiquity and changed the world forever.  Other religions that focused on the goodness in man were spawned in Asia. 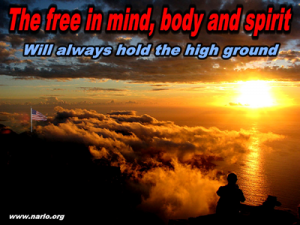 learned academics would have us believe. That goodness lies at the center of the natural family and the love that binds families together.  It is both biological and spiritual at the same time.  Some will say that this special kind of family “glue” is a gift from our creator.  Others will say that it is natural, as coming from nature.  Both may be saying the same thing.

But while we are fed a daily gruel of shootings, stabbings, murders, rapes, robberies, arson, terrorism, injustices and human conflict, we lose sight of that great goodness that is in each one of us, even though a small percentage of us are consumed with evil due to mental illness, addictions and other afflictions.

The goodness in Americans, individually and collectively, in 242 years has accomplished what no other nation on earth has accomplished.  We lead the world in innovation, creativity, food production, technology, military power, standard of living ….. and freedom.  America is the envy of every human on earth and that is why so many want to come here.  Very few people are trying to escape the United States.  When people from other nations see the American flag flying proudly in the wind, they either shudder in fear or are overcome with a longing to be here.

Nothing epitomizes what we are capable of as individuals and as a nation more than the sight of a large commercial jet liner (say a Boeing 747) lifting off from a long airport runway with a roar of immense power and speed, defying the force of gravity and arcing, bullet like, towards an unknown destination in but a relative instant of time.

Just a mere 160 years ago, a blink of time in the life of our planet, we were crossing the new land with wagons, horses, mules, or oxen.  It wasn’t until 1869 that the cross continent railway was completed.  It is hard to imagine the spirit, determination and guts that it took for those frail people to cross the wilderness with unspeakable injuries, illness and suffering awaiting them.  What took the pioneers three to five months or more to do, we now traverse in 3 to 5 hours.  From the days of Wilbur and Orville Wright at the infamous Kitty Hawk, we have pole-vaulted the technology of flight to unimaginable speeds and heights.  With our rockets we have gone to the moon and are exploring other planets.

Yes. We are a people full of flaws and yes we tend to get in our own way from time to time like we are now. But look at what we have done.

Think of the dams and the great power generating plants that we have built to provide power for our cities and towns.  Think of the buildings we have built to house our people, our businesses and our factories and to continue one of the most awesome commercial and economic engines that ever occurred on the face of the earth.

Just think of the wide range of scientific research going on right now in the areas of energy.  Cleaner sources will be developed and they will deliver energy several factors greater than current sources.

Look at the progress we have made in the world of medicine, even with all of its problems of costs, malpractice and hospital-transmitted diseases and the bickering and fighting that goes on between boards of hospitals, nurses, doctors ….. and yes, the government.  But look what we take for granted for medical care in this country?  We provide medical services in the United States that can only be gotten here.

Look at the machinery and prescription drugs that have been developed for the world of medicine.  Magnetic Imaging Machines, breathing machines, heart-lung machines, blood monitoring machines, CAT scanners, X-ray machines and more.  We don’t know all of them because we are not in the world of medicine.  All we know is that if something goes wrong you have a place to go where people care for the most part to see that your medical problem is resolved the best way they can.  No, it’s not perfect but it works better than it did 118 years ago when the life expectancy was 47 years old and is now 77 years.

Let’s take a little closer look at technology over the last 10 or 20 years and what the computer has done in providing a continuous flow of information so that people can learn more and do things quicker.  Some of you may remember the old mechanical Underwood typewriters or the IBM Selectric.  We’ve come a long way baby!

Watch how fascinated a child is as he or she makes keystrokes on a keyboard of a computer and sees the response on the computer screen.  They absorb it like a giant sponge and love every minute of it.

There is no crisis here.  There are just problems to solve and challenges to meet.  Challenges are met and problems resolved by enterprising individuals working together with other individuals.

Folks.  We are going to the stars one day and nothing anybody says or does will stop that.  No amount of fear of the unknown, or nay saying about financing will stop our advance into the Cosmos.  We will find the technology and the money.  Ever since man first burned himself with fire and realized he could use it to his advantage, or transported some object by rolling a log and converted that idea to the wheel, he has been forever driven towards more knowledge, more understanding and a wider, larger, broader world in which he can explore.   In this quest he has been driven to go faster and faster, as his mind reaches farther and farther into the known Universe.

Some day in the not to distant future, we are going to develop power sources that will literally boggle the mind.  Our vision is that each home, each office, each business or building will have its own centralized power unit.  And in that power unit will have the source of power to purify our drinking water, destroy our raw sewage and gray water, heat and cool our homes and offices and provide the electrical power for our lights and appliances.   One small unit in our homes, office buildings, or factories will provide all these uses.

Think of it.  Those in your twenties watch how our planet will shrink in your lifetime.  In ten or twenty years there will be airplanes that will leave the United States, sail up to the stratosphere or higher, glide at two to five times the speed of sound and land in Russia or China in a few hours.  At 3,000 MPH we can go halfway around the world in 4 hours.  In stark contrast, it took almost two months to cross the Atlantic Ocean in a sailing ship when freedom was born.

One of the most commendable of all human traits is the desire by some to give of themselves in service to others, either as a conscious effort, such as those people who donate their time to hospitals, churches, associations, charities and other causes in the name of helping those less fortunate than themselves, or as an unconscious and spontaneous reaching out at times of natural disasters or emergencies, small scale or large.  It is our understanding that volunteerism in America, as a percentage of its population, is higher than in all of the other countries in the world.

The problem in this country is not poverty.  No matter what others will tell you, it is not the disparity between poverty and wealth.  It is not pestilence, or flood, famine, earthquake, or any of these things.  What it is, is pandemic ignorance and too many people lacking the true knowledge needed to make intelligent decisions in life.  For those who are willing to seek, the knowledge is there.

In the end, we also must never lose sight of the fact that, the reason we as Americans are productive, creative, ingenuous, imaginative, reasonably happy and oh so generous, is because we are FREE.  That freedom opens the door to our goodness and righteousness.  And the reason we are FREE is because we have laid down a system of government where individuals have un-alienable, natural and God-given rights and where the government swears on solemn oath to preserve, protect and defend those rights.  But it is the people’s duty to hold the government to their oath so that freedom never flies away in the night, on the wings of apathy and indifference.   It is the people’s duty to reject all ideologies that conflict with individual, unalienable rights.  It is the people’s duty to preserve, protect and defend the Constitution of the United States by whatever means necessary.

Americans are a righteous people who are imbued with the love of each other and of the natural family.  As righteous people we can hear and know the truth, if we will just open up our minds to the great goodness in each one of us.  That goodness, allowed to flourish under freedom, is our salvation as well as the preservation of our individual liberty.

Government and special interests are trying to divide us.  We must not let them succeed.  We must reach out our hands to each other, no matter the depth of our differences, and turn to the power of the goodness within us.  When we dwell upon our goodness and righteousness, our differences will melt away.  We have forgotten that we are not each other’s enemy.  Our enemy is the evil forces that are trying to divide us.

Have faith in the realization that those who have taken the wrong path will one day see the light.  Hopefully, it will be sooner rather than later.  Even if it is later, goodness will, in the end, prevail.

Remember!  Each one of you that is free in body, mind and spirit, will ALWAYS HOLD THE HIGH GROUND!